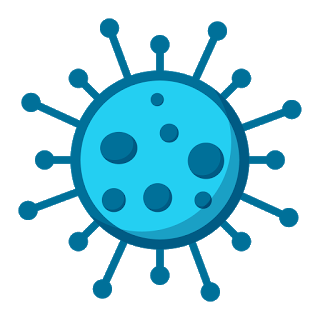 So much is changing so fast, by the time I publish this piece, it will likely sound very yesterday very soon.  But particularly now, there seem to be some salient points worth making, and a few recent moments worth recounting.

Over the past several weeks — which up until Sunday morning included a visit to Australia, which I cut short in order to return to the US — I have been following a wide spectrum of news from many different countries, largely while driving the very long distance from Brisbane to Sydney and back.

I began the trip with a bit of a fatalistic attitude about the whole Clovid-19 development.  By the beginning of March, when I left for Australia, many things were already abundantly clear.  The virus was spreading in the community in various parts of the US, including in the Portland metro area, where I live.  The tests that had been distributed by the CDC didn’t work, while tests that did work were ignored, for entirely political reasons.  Trump was saying everything was going to be fine.  It seemed obvious the US government was in no state to tackle the situation effectively, and therefore whether I stuck with my plan to visit Australia for two weeks didn’t matter one way or the other.  I’d either get the virus or I wouldn’t, along with everybody else, I figured, and whatever measures my government was going to take were clearly going to be inadequate.

At the beginning of March, most people were staying home from the airports, canceling trips and big events.  The fact that there was about a twenty-second wait in the security line at PDX was a news story, and two TV reporters were at the Portland airport, covering it.  As I was waiting for my first flight, to LAX, to board, the headlines were that there was a Clovid-19 case in one of the international terminals there.  I landed at LAX, made my connection at an international terminal there, and flew to Brisbane.  I was asked, along with everybody else on the flight, whether I had been to China or Korea in the past two weeks.  No one mentioned the outbreak that had just occurred at the airport we had all just come from, either in LA or in Brisbane.

By the time I ended my trip early and flew back to LAX last Sunday, a ban on travel from Europe had been added to the ban on travel from China to the US, and moves were afoot to start getting more serious about social distancing and other efforts to flatten the curve of the contagion.  There was lots of talk about how you mostly get the virus from touching surfaces, and about the importance of washing your hands and using hand sanitizer.  But coming in to LAX last weekend, there was no hand sanitizer to be seen, although everyone going through immigration had to touch the same touch screens, one after another.  During the Ebola crisis in parts of Africa it became very standard to have hand sanitizer available outside every storefront, at the entrance of every bus, and lots of other places.  But none at LAX, weeks into the crisis.  The news was full of stories about O’Hare and other airports where more obvious incompetence on the part of the authorities was being demonstrated.

And, of course, as all of this incompetence was on display, financial journalists were striving to find the right word to describe the state of the global stock markets, frequently resorting to terms like “unprecedented,” “nosedive,” and “apocalyptic.”  The Trump administration responded by lowering interest rates.  Most people, including me, have no idea how that was supposed to help anything.  Then his son-in-law jumped into the fray, and there were allegations of the most absurd forms of political corruption, with efforts to capitalize on a global disaster by buying the patent to the vaccine, when it is created.

All of this spiraling madness went on day after day, until Tuesday, March 17th, when the US, UK and other G20 governments made major, reassuring announcements about massive spending programs to keep all of the suddenly unemployed service sector, gig economy and other workers housed, fed, and ventilated, if need be.  Things that would have been virtually impossible to imagine only weeks ago — sending every US taxpayer a $1,000 check — while totally haphazard by European standards, was a far more sensible move than many people would have thought possible, particularly for an administration as kleptocratic and nepotistic as this one.  Plans for limiting the spread and responding to outbreaks are also starting to look serious — whether serious enough is another question.  With millions homeless, millions in overcrowded prisons, and millions more in overcrowded eldercare facilities and hospitals, even if the virus-related health care is offered for free to everyone who needs it, there is an inherent weakness to an infrastructure like that.  The cities of the United States were already public health disasters, long before Clovid-19 arrived.

There is much talk of 2008, 1987 and other stock market crashes.  There are many stories circulating about the different impacts of the 1918 flu epidemic that killed millions around the globe — virtually sparing cities like Copenhagen, but killing every adult in many Alaskan villages, with the effect on the rest of the world’s population being generally somewhere in between.  These are obviously relevant historical references, of course.

But there are a couple others that come to mind.  As many students of history have observed, it is often not the individuals or political parties at a given time and place that are actually responsible for making history.  They may get the credit for it on Wikipedia, but if you dig deeper into history, you’ll find it wasn’t them that really made things happen.  Those in power generally want their subjects to think that the rulers act out of the goodness of their hearts as benevolent actors, but what is usually going on in reality, on the occasions when despots make moves to support the common welfare, is they are responding to external events and trying to mitigate damage, in order to keep the heads on top of their shoulders of their fellow billionaires.

The reason the stock market was free-falling into the abyss up until very recently is because many wealthy investors understand a basic fact:  that the continued existence of their wealth is dependent on the rest of society consenting to be governed by the government; and that if this consent is withdrawn, their system can suddenly collapse, since it only exists in our collective imaginations in the first place.  They never talk about it in public, but they know that if tens of millions of people are suddenly unemployed and unable to pay their rents or mortgages, there will be pandemonium of a sort far worse than that which the worst flu epidemic is likely to deliver.  In combination, it could be an atmosphere with revolutionary possibility.

It is in moments like this when the fundamental dysfunctionality of late-stage capitalism is laid bare.  We live in a society where most people have inadequate health care in the best of times, and where most people are in no financial position to pay the rent next month after being laid off this month.  In such a sudden economic crisis as this, even the capitalists know something has to give.  This bailout package is the first big effort on the part of the federal authorities to preserve their capitalist system, by applying some classic Keynesian, FDR-style economics.  Which FDR did for the same reason, as he made clear himself.

But it is more Churchill that this moment evokes than FDR, though they were instituting similar policies, at the same time in history.  Unlike Roosevelt, Churchill was no progressive, prior to the outbreak of the Second World War.  He was more known for advocating the use of poison gas against coal miners who wanted to unionize.  But when society had to be mobilized for the global crisis at the time, World War 2, things changed.  Winston Churchill would have been one of the last politicians to institute a government-run program of food rationing, making sure that even the poorest war refugees in the country were able to eat throughout the war.  But it was under the food rationing policies in the UK during the war that the children of Britain ate better, overall, than they have at any time since, under a more “free market” framework.  It was necessary, if not necessarily desired by the heartless capitalists that ran the country at the time, to make sure everyone had enough food, temporarily, to keep the peace — and to win the war.

Similarly, in 1846-48, when another catastrophe hit that wasn’t quite global, but did cover all of Europe — another disease, this time one acquired by monocropping plants, a potato blight — it caused hunger throughout the land.  The price of any kind of food went up so much that all the factories closed, because the vast majority of European societies were spending most of their earnings on food, and nothing else.  In the extremely potato-dependent and brutally colonized island of Ireland, there was widespread famine.  Millions died.

All this, of course, caused things to spiral out of control.  There was no $850 billion bailout package back then, so there were massive riots and revolts all over Europe, and tens of thousands died in them.  The equivalent of the big bailout came after most of Europe’s monarchies were violently overthrown — after they crawled back to power, tails between their legs, bringing houses of parliament with them, as a gesture of reconciliation with the armies of torch-wielding peasants who had so unpleasantly disrupted their royal lives, in many cases by ending them.  There was even a little bit of land reform in some countries.

Gradually, as a direct result of those rebellions and others that followed, major concessions would be granted by governments that didn’t want to be overthrown.  None of those monarchs were planning on sharing their wealth or power with anyone else, until they were forced to, by the situation.  That’s why all the monarchs of Europe had the same idea at the same time.  This sort of thing doesn’t tend to happen by coincidence.  It was radical action taken by otherwise completely disinterested cabals of otherwise out-of-touch rich people, brought about by an external crisis.

It is in times of crisis that we see this kind of bipartisanship — in this case both in the US, and in many other countries simultaneously.  Not because the people in power have changed, but because they recognize the ramifications of the situation, and they want to keep their power.  Only days ago, there were advocates of the hard-pressed restaurant workers and rideshare drivers and touring musicians who are suddenly facing long-term unemployment, talking about organizing a national rent strike, with a degree of seriousness that would have been a fantasy only a few weeks ago.  Today, many of those folks might be just waiting to see if that $1,000 check is coming in the next two weeks.  I am, too, though it’s high time for a nationwide rent strike either way.

Those are the thoughts that come to mind when I try to make sense of the current moment, today.  Tomorrow, who knows?