A photo of Baba Ramdev visibly ill has gone viral. He is surrounded by doctors and a man in orange robes wearing a medical mask. Social media users claim that Ramdev drank cow urine in excess to avoid the coronavirus. As a result, his condition worsened. 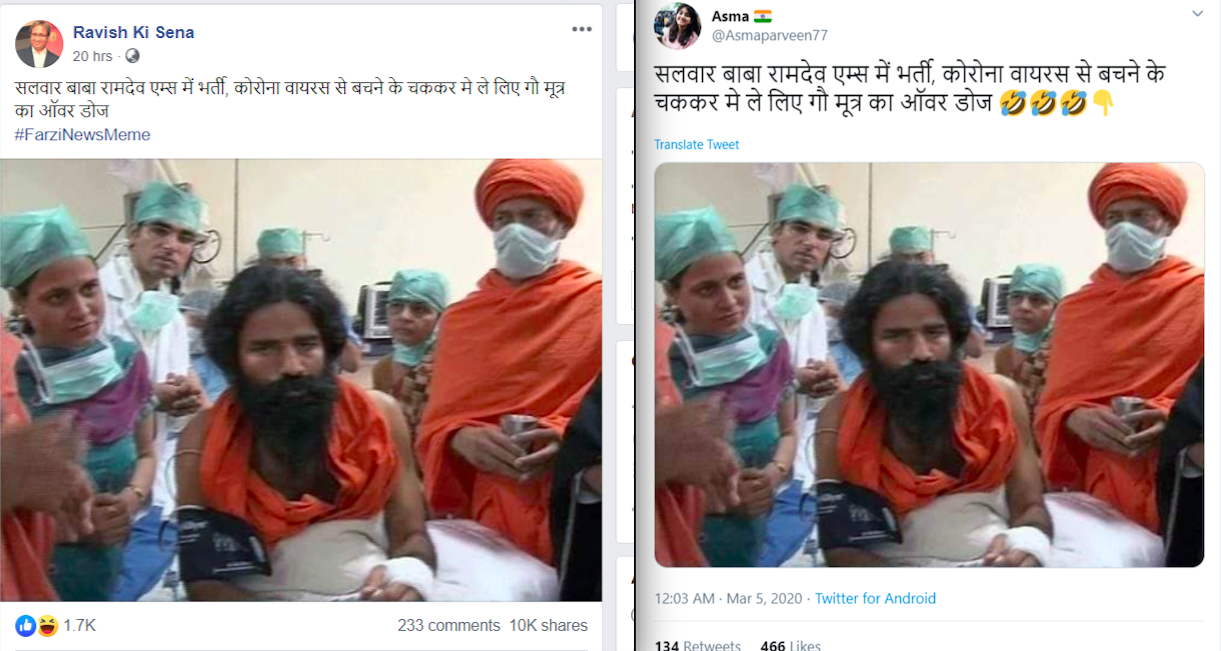 This picture is being shared with hashtag ‘farzinewsmeme’ on Facebook and Twitter. Alt News also received several requests to fact-check the images on WhatsApp (+917600011160) and on our official Android application. 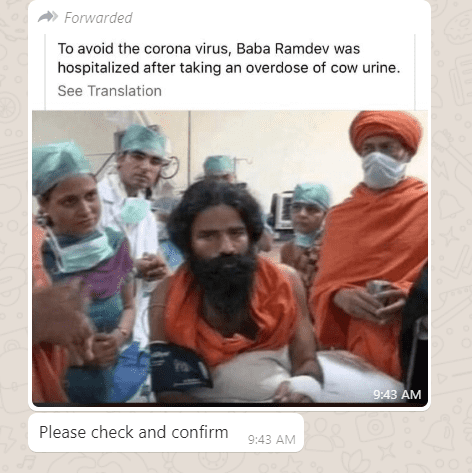 Alt News performed a reverse image search on Google and found the viral image in a 2011 article by India Today. According to the report, Ramdev broke a nine-day hunger strike against black money in Dehradun Hospital on June 12, 2011.

Therefore, the social media claim associated with the viral image. This isn’t the first time Ramdev’s image has gone viral with false claims. Last year, another image from the same incident was shared with the claim Ramdev underwent knee surgery in Germany. You can read the report by Alt News here.