The March 27, 2020, episode of CounterSpin included an archival interview with David Cay Johnston about the 2008 bailout, which originally aired October 10, 2008. This is a lightly edited transcript.

Janine Jackson: The coronavirus is new, but economic shocks and the government response of bailing out certain industries are not. We have experience to draw from there. In 2008, the New York Times described the announced $700 billion bailout bill, presented to address the financial crisis, as, “One of the most favored new options being discussed in Washington and on Wall Street.”

Of course, many asked, “What about Main Street?”—the people whose calls to legislators had spurred the House’s initial rejection of the legislation. Once policy has that much-vaunted “bipartisan support,” it’s an elite media juggernaut.

But CounterSpin spoke with a journalist who’d been calling for skepticism from the start. David Cay Johnston, then recently retired from the New York Times, is an investigative reporter and the author of a number of books, among them Free Lunch: How the Wealthiest Americans Enrich Themselves at Government Expense (and Stick You With the Bill) and, most recently, It’s Even Worse Than You Think: What the Trump Administration Is Doing to America.

When he spoke with CounterSpin in October 2008, he’d just issued a call for reporters covering the bailout not to “repeat the failed lapdog practices that so damaged our reputations in the rush to war in Iraq and the adoption of the Patriot Act.” CounterSpin asked him, first, for his general assessment of big media’s bailout coverage.

David Cay Johnston: The electronic coverage, broadcast television and cable, has been awful, absolutely awful, including both the CBS Evening News with Katie Couric, and Brian Williams on the NBC Nightly News, opening their newscasts on Monday night, September 29, when the stock market tanked, with a flat-out untrue statement. The very first thing they told their audience was that this was the biggest one-day decline ever in the stock market. It was only the third-biggest decline in just the last 21 years.

The coverage in the print media has gotten better as we have gone along. A lot of it is still very gullible. I’m particularly troubled by some areas of print, including the Washington Post, that just seem to accept that you need to trust the official version of events. But both the Wall Street Journal and the New York Times have actually done some extraordinary, solid reporting on this stuff, and have dug up some very troubling things.

JJ: I know you had a cite for a former colleague of yours, Gretchen Morgenson in the New York Times, who’s done some reporting that maybe she’s the only one on, so there are some investigations going on there, right?

DCJ: There is some. Fundamentally, the problem here is the constant problem with Washington journalism, which is this idea that sources are what matter. And this is fueled by editors, who say, “Well, the reason we have you in our Washington bureau is to talk to the official sources.”

Well, you’d probably get better coverage if you had a reporter sitting in your newsroom in Chicago or Rochester, where I live, or Los Angeles, reading the government’s record and writing about all the things the government has to disclose. We’ve known there was a high risk of something like this happening, not exactly what would happen, but some kind of serious collapse, for 14 months.

And one of the questions I haven’t seen journalists asking is, “All right, when you were put on notice 14 months ago, in August of last year, what plans did Treasury and the other government agencies put in place in the event that the credit markets seized up, that there was a huge collapse of asset values?” And I’m fairly confident we will find out they didn’t do anything.

JJ: You mentioned the question of sources, and one of the things that we’ve complained about is the “no one saw it coming” angle, which you’re just touching on. It certainly looks a lot like the Iraq War story, where we were told, “no one could predict” the post-invasion scenario that we’re now experiencing. Well, in fact, of course, in both cases, people did predict the current situation. They just weren’t the folks we were seeing on TV. So I guess the question is, why are they still not the people we’re seeing on TV?

DCJ: Yes. Well, that, Janine, is exactly what troubles me. And in the case of the Iraq scenario, remember that we now know—we didn’t know then for sure, but we absolutely now know for sure—that the Bush administration was aware that there were no weapons of mass destruction. Knowing that, recognizing that you have an administration that will lie through its teeth to pursue a policy that’s cost thousands of Americans, and probably tens of thousands of Iraqis, their lives, why would you hesitate to think that they might not be telling you the whole truth and nothing but the truth about something dealing with money? Particularly when, as President Bush famously said when he ran for office, that the people at the top were his base, the haves and the have-mores.

Some of us have, for years, been warning about this. I wrote a book called Perfectly Legal, that came out five years ago, almost; I wrote it six years ago. And I say in the book, inevitably, these devices that are making the super-wealthy super-wealthier will have to come apart, because they involve artificially inflating assets. And when that happens, all of us will be worse off. Some of us—and I wasn’t the only one—wrote stories; there was a housing bubble four or five years ago. So it wasn’t like this wasn’t known. It wasn’t like there weren’t economists and government data telling you, sooner or later, the bubble had to prick and come apart.

Steve Rendall: I just want to note that in that piece by Gretchen Morgenson that Janine mentioned earlier, that you had blogged about, that in that piece, she actually had a scoop that showed that the CEO of Goldman Sachs was actually in the room as the bailout plan was being put together.

DCJ: Yeah, that’s right. And Gretchen Morgenson also revealed that Goldman Sachs is on the hook for as much as $20 billion from AIG, and that’s one of the important issues not being covered here. Henry Paulson, the Treasury secretary, has devised a plan that is exactly what one would expect from someone who spent his whole career at Goldman Sachs, the premier investment bank—and, by the way, where a lot of these toxic products and derivatives were cooked up and sold. And it turns out that one of his first actions, the one that the Wall Street Journal says triggered the panic, was the decision to not rescue Lehman Brothers, a competing bank.

Then he decides that he’s going to rescue AIG. Guess who benefits from that, first and directly? Goldman Sachs. Now we have pumped more than $120 billion into AIG, so that people who wanted to cash out of AIG could get their money. You think it just might be possible that a little bit of that money went to people who are either Goldman Sachs or its clients? Well, we don’t know, because the government isn’t asking, and neither are reporters demanding answers.

SR: Many people, perhaps over-hopefully, imagined that this crisis might lead to an actual reevaluation of what have been dominant ideas about regulation, the role of financial institutions and so on. What do you see as likely to happen, and what role should or could journalists play? 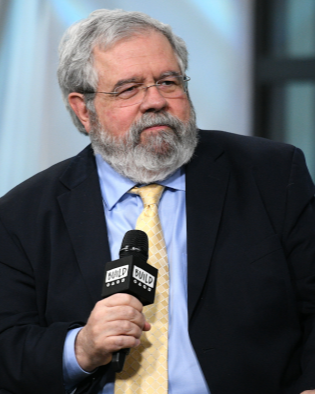 David Cay Johnston: “We now have 28 years of experience with Reaganism. The average income of the bottom 90% of Americans is today what it was back in 1980, when you adjust for inflation, and the incomes of the top tenth of 1% and above have gone through the roof.”

DCJ: You know, I’ve written two books about this, Perfectly Legal and Free Lunch, and they are about how we now have 28 years of experience with Reaganism. The average income of the bottom 90% of Americans is today what it was back in 1980, when you adjust for inflation, and the incomes of the top tenth of 1% and above have gone through the roof. It doesn’t work. It works if your goal is to take from those with less to give to those with more. But fundamentally, it doesn’t work.

And I think the public, after years and years and years, is beginning to change. Now, one thing I can tell you, as someone who does an enormous amount of radio around the country: Five years ago, I would always get hostile calls, and people would say things like President Bush has created the strongest economy in American history, which is utter nonsense.

I’m not getting calls like that anymore. I’m getting callers who are saying, What do we need to do to fix this? How do we address this?

And, by the way, the most fundamental thing is: Elect a different Congress! Elect a Congress that is not in the pocket of Wall Street and the companies that Wall Street finances, which is where most of the campaign contributions come from.

JJ: That was journalist and author David Cay Johnston, speaking with Steve Rendall and me in 2008.