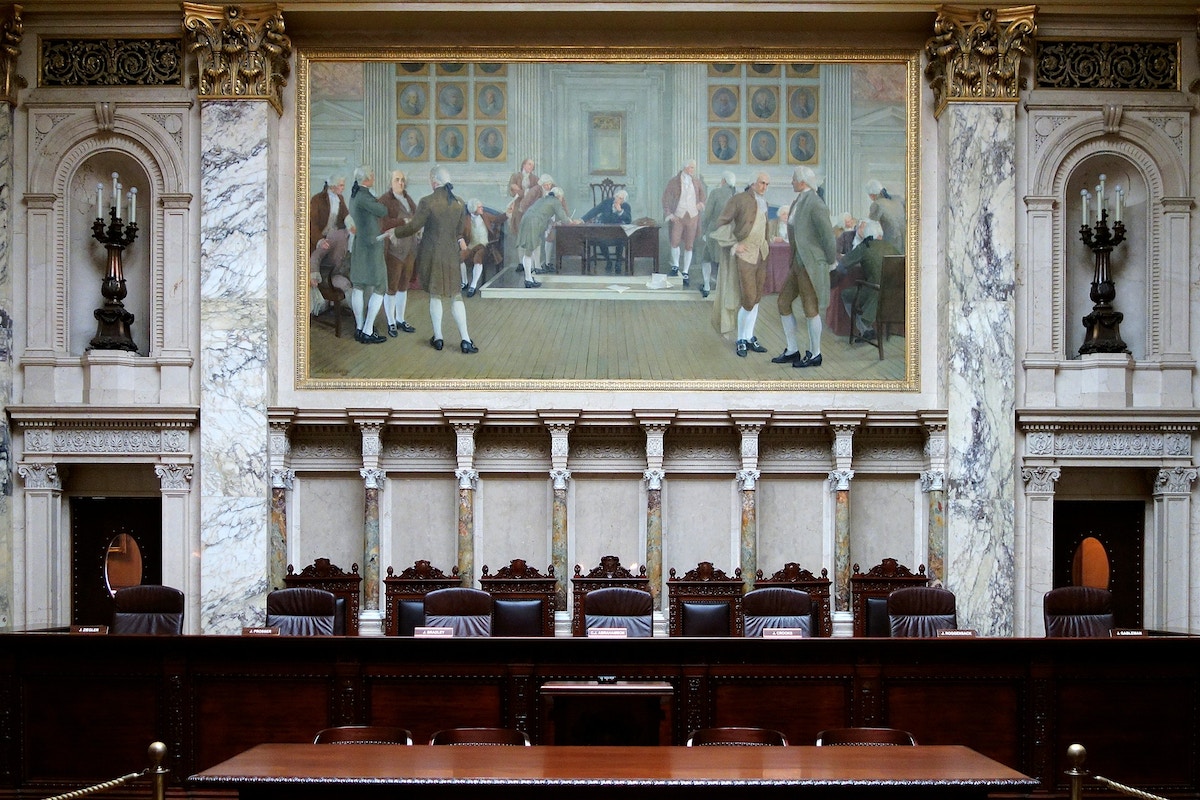 Amid calls to postpone the presidential primary on Tuesday because of the coronavirus pandemic, Wisconsin state officials have been reluctant to push their elections due to concerns over a key statewide race: an election for a state Supreme Court seat that has the potential to loosen conservatives’ grip on the judiciary.

Daniel Kelly, the incumbent judge appointed in 2016 by former Republican Gov. Scott Walker is facing a liberal challenge in his first election from Dane County Circuit Court Judge and former prosecutor Jill Karofsky. In Wisconsin, Supreme Court justices run in nonpartisan elections for 10-year terms, and conservative judges have held the majority since 2008. They currently hold the court 5 to 2, and a win by Karofsky could pave the way for liberals to retake the court in 2023, when the conservative Chief Justice Pat Roggensack will be up for reelection.

Karofsky, who was endorsed by Sen. Bernie Sanders on Thursday, is a former assistant attorney general who focused on cases involving domestic violence and sexual assault, as well as a former executive director of the Wisconsin Office of Crime Victim Services. She has spoken about the need for criminal justice reform in the state, while Kelly — who has been endorsed by President Donald Trump — has minimized the need for reform and portrayed Karofsky as “soft on crime.” On Friday, Karofsky filed a lawsuit trying to block the state’s Republican Party from airing ads with false claims about her prosecutorial record.

One of the most consequential decisions delivered by the Wisconsin Supreme Court’s conservative majority in recent years was a 2014 ruling upholding a controversial 2011 law that gutted public workers’ collective bargaining rights, a huge blow in a traditionally union-friendly state. The court has ruled against the rights of criminal defendants, including a 2017 decision overturning a ruling that had set a precedent for the rights of convicted people to test DNA evidence relevant to their case. In the court’s 2018-2019 term, according to an analysis from Alan Ball, a history professor at Marquette University who runs the blog SCOWStats, the court ruled overwhelmingly in favor of the prosecution in 14 of 16 criminal cases. In another 2017 case, Kelly authored an opinion invalidating a Madison transit agency rule barring people on public buses from carrying concealed firearms.

The coronavirus pandemic has prompted 15 states to postpone their elections so far. In Wisconsin, Democratic Gov. Tony Evers, who initially insisted the election go forward as planned, has moved slowly in response to calls from state Democratic Party leaders and voting rights groups, as well as Sanders, to postpone the election. Former Vice President Joe Biden declined to take a position, saying that it was up to the state. On Thursday, Biden said voting in a polling place was different than “a convention having tens of thousands of people in one arena,” referencing the decision to postpone the Democratic National Convention in Milwaukee. (The Democratic National Committee announced this week that it would postpone the convention, which was scheduled for July, to the week of August 17.) Wisconsin Democratic Party Chair Ben Wikler said Wednesday that the state should postpone elections, as called for by local mayors and civil rights groups. The same day, a lawyer representing the state party and the DNC said during a court hearing that both groups supported postponing Tuesday’s election.

Under mounting pressure, Evers on Friday called on the legislature to take up a measure allowing for an all-mail election, asking them to send ballots to all registered voters by May 19 and extend the deadline to receive those ballots to May 26. On Friday, one day after extending absentee voting, a federal judge ruled that Wisconsin could not release election results until April 13, the new deadline for submitting absentee ballots. On Thursday, the judge said that he didn’t have the power to postpone the elections but that it was unsafe to hold voting, criticizing Evers and the state legislature for not acting on their own.

Evers, a Democrat, has been challenged by the state’s Republicans ever since his 2018 election, when, before his swearing-in, the GOP under Walker moved swiftly to strip power from the incoming governor and other Democratic officials.

The governor said in a statement Wednesday that he couldn’t change the election date without violating state law. In response to reports of a massive shortage of poll workers, he agreed this week to have members of the Wisconsin Army National Guard to work polls on Tuesday.

The Democratic Party has made Wisconsin a priority this cycle, as the state’s voters helped Trump win the 2016 presidential election, flipping the state’s electoral college vote red for the first time since Ronald Reagan’s win in 1984.

In addition to postponing Tuesday’s elections, Sanders said the state should also extend early voting and try to move entirely to a vote-by-mail system. “People should not be forced to put their lives on the line to vote, which is why 15 states are now following the advice of public health experts and delaying their elections,” Sanders said in a statement.