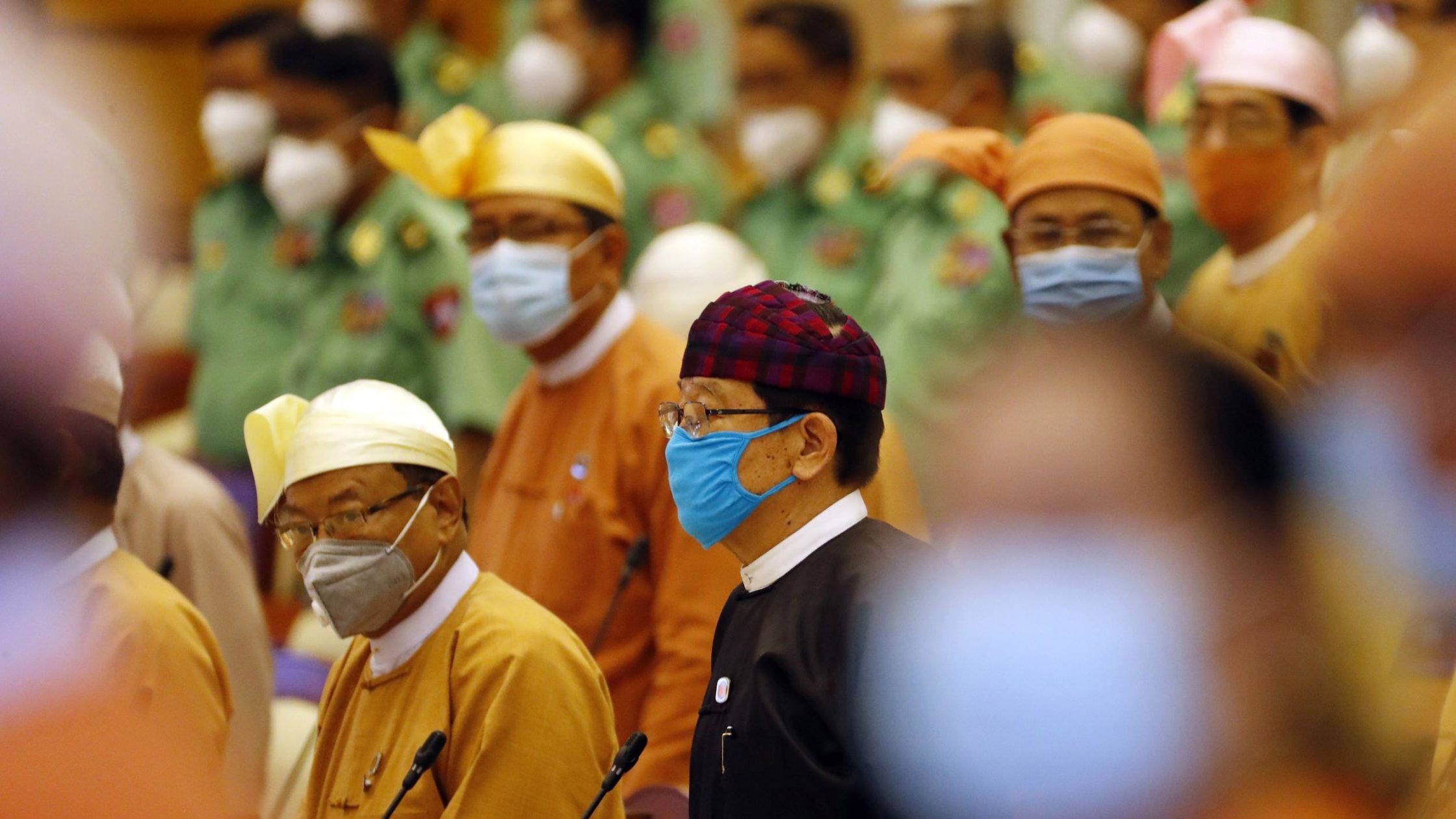 Myanmar’s Speaker for the Lower House of Parliament T Khun Myat will remain in his position after an impeachment motion filed by the military-aligned opposition party failed in a secret vote Monday.

The ruling National League for Democracy (NLD) politician was accused in the motion of failing to fulfill his responsibilities as speaker for the lower house because he rejected motions put before the parliament, actions supporters of impeachment said were constitutional violations.

“The number of votes in favor of this motion is 132 and it is less than the two-thirds majority of the total number of sworn-in members of parliament,” announced the parliament’s Vice Chair Tun Tun Hein after the vote. The motion needed 254 votes to pass.

Only 380 of the 440 members of parliament’s lower house were present to vote. Of the lawmakers, 243 opposed and five abstained.

“I therefore declare this motion as failed and the parliament will not take action as [the motion] did not receive the necessary support according to sub article (A) of article 119 of the bylaw,” the vice chair said, referring to Myanmar’s 2008 constitution.

It cited several of the speaker’s rejections to discuss motions, including on negotiating coronavirus protection activities, implementation of a social skills curriculum for students, and holding a public briefing on the government’s response to International Court of Justice provincial measures in a genocide suit brought against Myanmar.

An NLD MP said that the speaker did not break any laws in any of his decisions.

“The law does not mandate that the chairman approve every urgent motion,” said Nay Linn Aung the MP from Chin State’s Mindat township.

“It is up to his judgment to approve or reject which motions to discuss in parliament,” he said, adding, “His rejections of some of the motions are proof that he is doing a good job. We should even honor him.”

In response, Maung Myint, a USDP MP from Min Kin Township said it would have been fair if the motions failed after parliament voted on them, but pointed out that the motions were never advanced to discussion as the speaker rejected them.

“We submitted the motions to publicize issues related to national interest. We tried to make them known to the public through the parliamentary platform,” said Maung Myint.

“Rejecting those motions was blocking the national interest. I would like to say that the speaker is abusing his power,” he added.

“We are now skeptical of the speaker’s honesty,” he said.

Myanmar is slated to hold general elections at the end of this year, a vote that will partly serve as referendum on the five-year rule of Aung San Suu Kyi and her NLD.