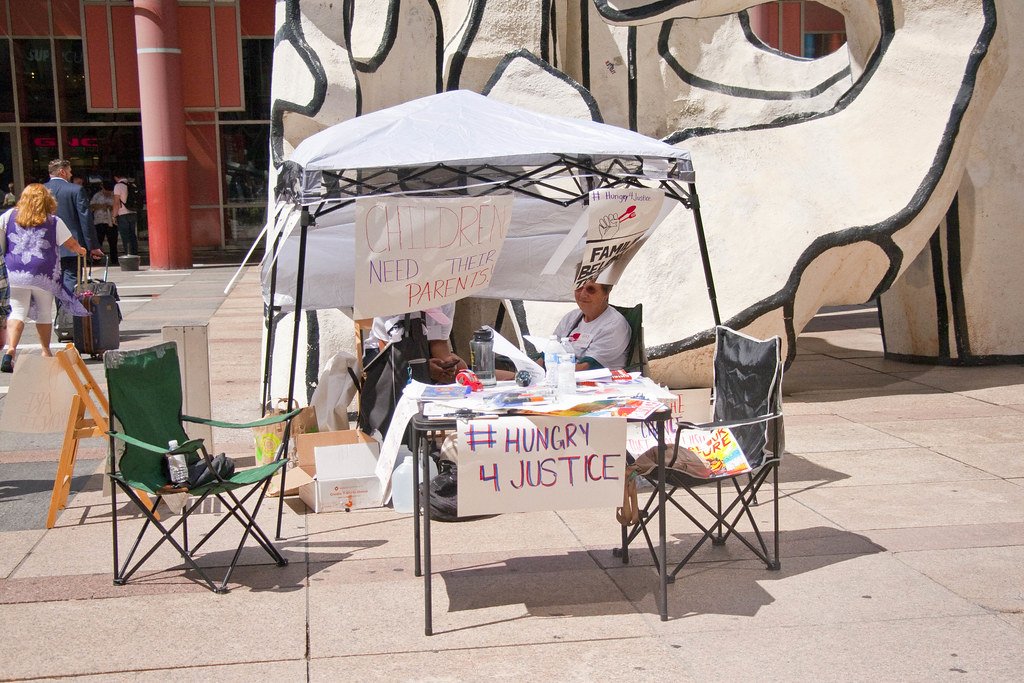 All across America, families are experiencing an alarming increase in the need for food.

Even before the pandemic hit, hunger was part of the daily lives of some 37 million Americans, including 11 million children. That’s according to statistics compiled by the U.S. Department of Agriculture for 2018 and reported by Feeding America, the nation’s largest domestic hunger-relief organization.

In the world’s wealthiest nation, those are astounding numbers.

One has to wonder why, in the midst of growing hunger and poverty and during a global pandemic, any politician would favor denying food assistance to those in need.

Now a new study from Feeding America finds those numbers are swelling during the COVID-19 crisis. All told, the group reported, approximately 54 million (or one in six) Americans, including 18 million children, will lack adequate access to nutritious food without federal assistance.

The good news is that the United States already has a highly effective federal food program. It’s the Supplemental Nutrition Assistance Program, or SNAP, commonly called food stamps. Every $1 in assistance that a SNAP family receives stimulates up to $1.50 in economic activity, which supports jobs throughout the economy.

Following the Great Recession of 2008, SNAP helped keep 3.9 million people out of poverty, including 1.3 million children. During this pandemic and recession, it remains one of the best tools the government has to keep people’s heads above water while also helping the economy. It’s a win-win.

Unfortunately, the Trump administration has waged war on the program, attempting to push through changes that could see more than five million Americans—including hundreds of thousands of children—removed from the rolls.

Even now, with 40 million Americans newly out of work, the administration is pressing ahead with its efforts to keep families from getting help.

As anti-hunger experts have pointed out, this is the time to expand SNAP, not roll it back. They recommend expanding benefits by at least 15 percent, doubling the minimum monthly benefit, and breaking down barriers to the program erected by the Trump administration.

The Heroes Act, the potential fourth relief package passed in mid-May by the House of Representatives, makes each of those improvements. But the Republican-controlled Senate has declared the House bill dead on arrival, and the White House has gone to court seeking to remove more people from the SNAP rolls.

The administration is appealing a judge’s ruling that blocks it from cutting off SNAP benefits from hundreds of thousands of people by imposing new work mandates at a time when there are few jobs to be had. Chief Judge Beryl Howell of the U.S. District Court in Washington, D.C., declared in March that these rules were incompatible with the government’s need to address “the nutritional needs of residents and ensure their well-being” during the pandemic.

“With unemployment rising to near-Depression levels and the demand for emergency food skyrocketing, the need to expand SNAP food assistance is urgent,” says Deborah Weinstein, executive director of the Coalition on Human Needs. “Instead, the Trump administration remains blind to the harm of denying food aid to adults without jobs.”

One has to wonder why, in the midst of growing hunger and poverty and during a global pandemic, any politician would favor denying food assistance to those in need. Add in the harm from cutting the desperately needed economic stimulus that SNAP benefits provide, and that wonder turns to disbelief.

This is not the time for government officials to be making it harder for Americans to eat. On the contrary, SNAP should be expanded to help more people in need.