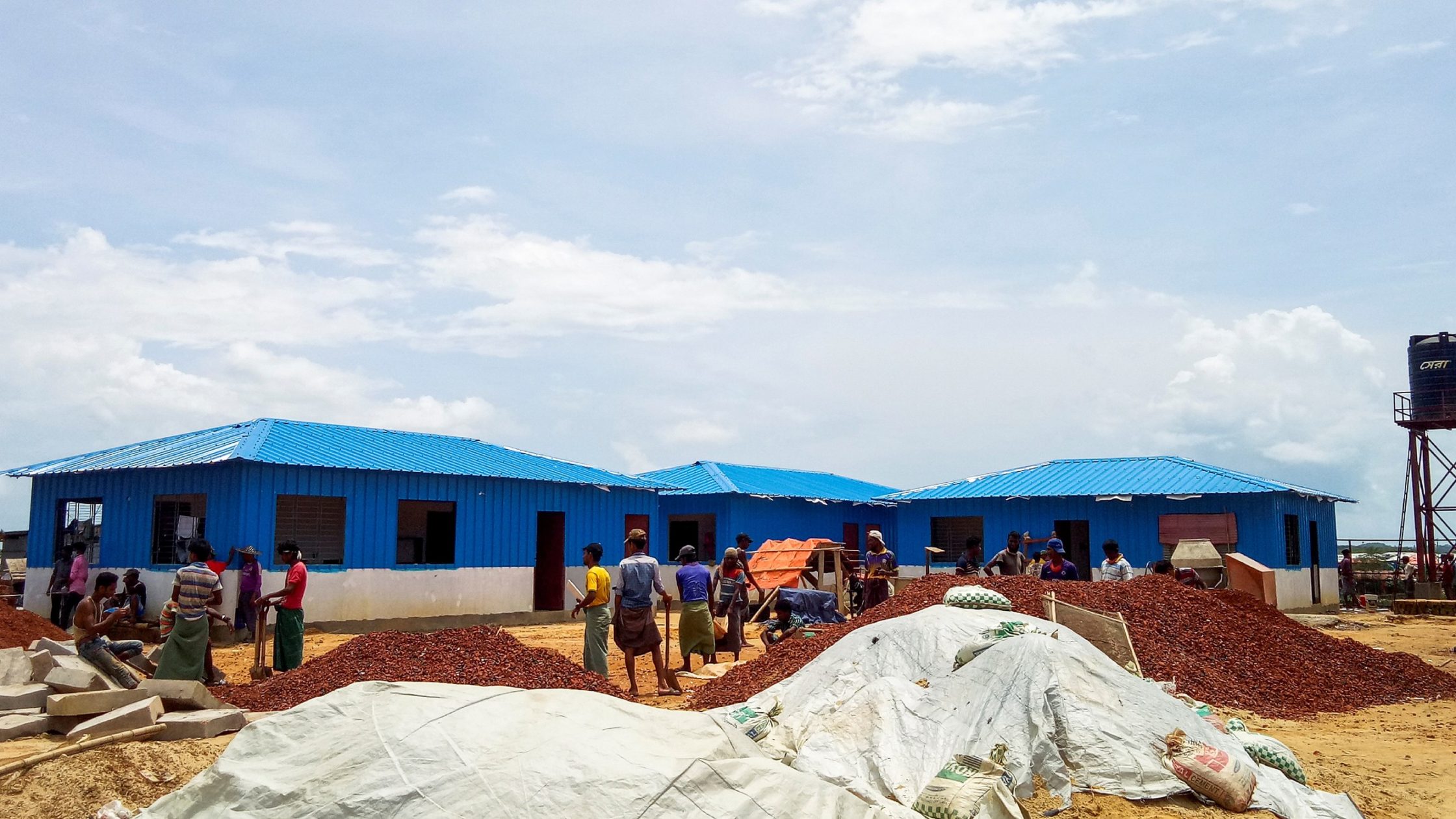 Myanmar’s Ministry of Health on Thursday announced the first confirmed case of coronavirus infection in a Muslim Rohingya within its borders, highlighting concerns over the potential for an outbreak within the ethnic community packed into squalid refugee camps in Rakhine state.

A 31-year-old Rohingya man illegally reentered Rakhine’s Maungdaw township from the Thankhali refugee camp across the border in Bangladesh on May 30 along with four family members and was confirmed infected after undergoing a swab test, the ministry said in a statement.

The man’s wife and three children are currently in quarantine and will also be tested, while he has been sent to Maungdaw Hospital for treatment.

The family of five were among more than 1.1 million Rohingyas living in camps in Bangladesh, most of whom fled from Rakhine state following a military crackdown in August 2017.

Bangladesh confirmed its first death of a Rohingya refugee from COVID-19—the disease caused by the coronavirus—on Tuesday, less than three weeks after the first Rohingya tested positive for the virus. As of Thursday, the number of Rohingya infected at the camps had increased to 29.

Agence France-Presse cited community leaders Thursday as saying that Rohingya refugees infected with the virus are fleeing quarantine in their Bangladesh camps because they fear being transferred to an isolated island in the Bay of Bengal. It said that at least two infected refugees had gone missing since the first COVID-19 death was reported.

Speaking to RFA’s Myanmar Service on Thursday, Soe Win Paing, the deputy director of the Rakhine State Public Health Department, said he had been informed by a local village administrator that the Rohingya man was potentially infected on the day he arrived in the area.

“[On May 31], we sent him to the Hla Pho Khuang reception camp for quarantine and on June 1 we took a nasal swab sample, which came back positive,” he said. “This morning we have been checking on which people had contact with him.”

There are currently around 700 Rohingyas in Maungdaw township who have returned to Myanmar from Bangladesh. The government officially stopped accepting Rohingya returnees at the beginning of April, as part of measures to prevent the spread of the coronavirus pandemic.

Soe Aung, the administrator of Maungdaw township, told RFA that while the coronavirus patient and his family had illegally crossed the border, “on humanitarian grounds, we cannot send them back.”

“We simply have to limit their movement and will act on the instructions of the Health Ministry,” he said.

Sar Al Salam of Ushekya village told RFA that the family of five were among 17 who crossed into Maungdaw illegally, all of whom had since been quarantined.

The 2017 military campaign that drove nearly 750,000 Rohingya into Bangladesh followed a wave of brutal slayings and attacks across Rakhine state in June 2012 that left more than 200 people dead and displaced about 120,000 Rohingya, who were later forced to live in dilapidated camps scattered around the region.

Many of those in the camps recently told RFA that the prospects for improving their living standards are bleak and that they continue to live in near-apartheid conditions.

Officials have confirmed 234 cases of the coronavirus in Myanmar since the outbreak was first discovered in the country on March 23.