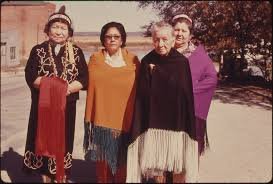 On June 3, the Canadian Broadcasting System reported little to no progress had been made on recommendations in a report released exactly one year earlier from a National Inquiry into Missing and Murdered Indignous Women.

It was one more reminder that this problem has never received a serious response. In 2016 alone, according to one tally, more than 5,700 women native women vanished or perished in violent ways.

The National Institute of Justice reported that 84% of native women have experienced violence, more than any other racial group in the United States and Canada.

Amanda Cook was a 14-year-old girl who just wanted to have a fun time at the fair in Rossburn, Manitoba. Four days later, on July 23, 1996, she was found dead, having been beaten to death. Her alleged killer was found not guilty.

Police found Ada Elaine Brown’s body in a hotel room in Prince George, British Columbia, in 2001. They claimed she died from natural causes, despite evidence of assault. Jessie Renae Waters was beaten and murdered in South Dakota in 2015, but her suspected killer was never charged in connection with her death.

Darlinda Ritchey, 26, and Karen Baker, 20, were found in a shallow grave in British Columbia in 1986; their accused killer was initially convicted, later acquitted. Dianne Bignell was last seen on her birthday, May 17, 2018. She went to visit a cousin in Thompson, Manitoba and has not been seen since.

This is just part of a larger pattern of violence. The National Institute of Justice reported that 84% of native women have experienced violence, more than any other racial group in the United States and Canada. In fact, indigenous women are killed at a rate 10 times higher than the U.S. national average.

Indigenous women have long been oppressed and silenced. They have been raped, enslaved, forcefully moved to reservations, and pushed into obscurity.

Part of this goes back to the residential schools meant to further colonize Native Americans. While the last such school closed in 1996, the damage lingers. The students in these schools were taught that their people didn’t belong to a civilization. Their hair was cut, they were forced to wear uniforms, and they were forbidden to speak their native languages. Many died due to poor medical attention and a lack of food. Sometimes, their parents were not even notified.

In addition to having their culture almost completely erased, native women are arrested at a disproportionate rate. For example, 44% of Canada’s female juvenile detention population was indigenous despite making up a tiny 6% of the entire female population according to the Native Women’s Association of Canada.

On top of that, native children are disproportionately placed in foster homes, often to non-native families. And indigenous people are targeted by police more than any other ethnic group.

“For every 1 million Native Americans, an average of 2.9 of them died annually from 1999 to 2015 as a result of a ‘legal intervention,’” CNN reported in 2017. “That mortality rate is 12% higher than for African-Americans and three times the rate of whites.”

It’s also incredibly hard to get justice on reservations. If an outsider commits a crime on a reservation, they will likely never be charged. This leaves many rapists and thieves from outside to roam free, while native women and men are left scarred and emotionally ruined.

Ever since its Anglo-Saxon founding, the self-proclaimed Americans have discriminated indigenous people again and again. The problem is that many have the view that this problem has been resolved. It obviously has not.