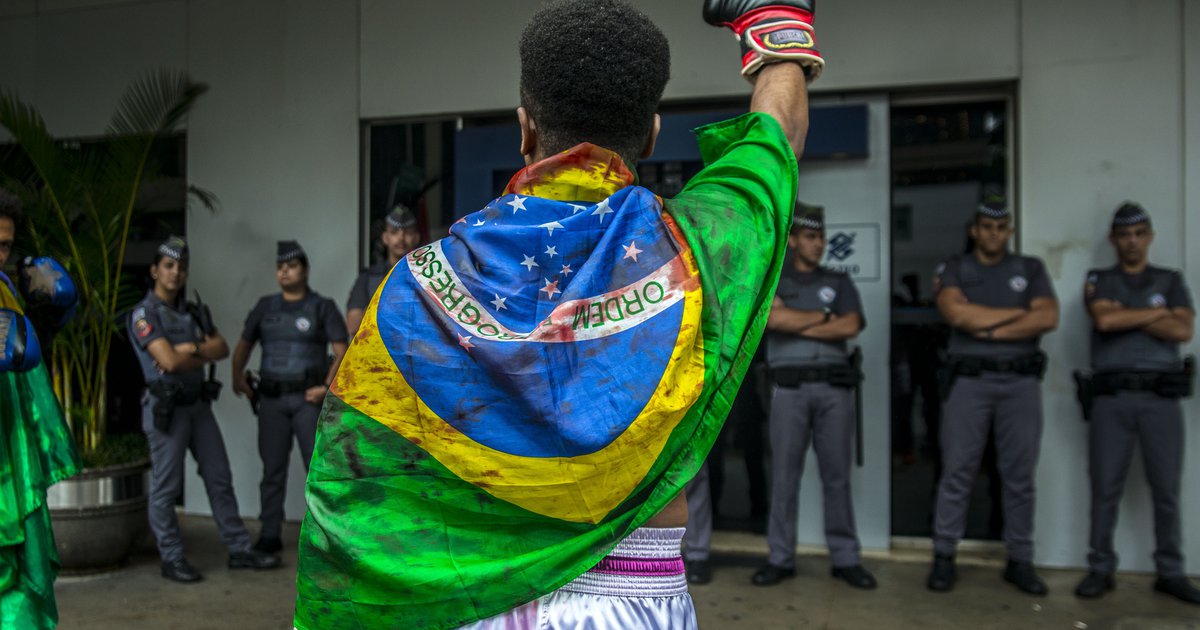 An increasingly militarized and violent police has been indiscriminately killing citizens — the vast majority black and poor — and have recently gained international attention. The brutal killing of people in the favelas throughout Brazil, and most notoriously in Rio de Janeiro, at the hands of police is as intricately woven into the fabric of Brazilian society as samba or football. What changed is that blacks are now being listened to. Blacks are taking to the streets and to social media to denounce the injustices committed against their communities.

One case that attracted some media attention happened as recently as last month. On May 18, just a week before Floyd’s death, three police officers, who were supposedly pursuing suspects, stormed into a home in the Salgueiro favela in Rio where six black, unarmed cousins were playing together. The officers opened fire, shooting 14-year-old João Pedro Matos Pinto in the back. They took João Pedro away in a helicopter, leaving the family with no information regarding his whereabouts or condition. More than 17 hours later, the family found his body at the coroner´s office.

Another instance took place in September of last year. Ágatha Félix, 8, and her mother were returning to their home in Complexo do Alemão in Rio when police shot at the van they were traveling in, killing the girl.

These are no isolated incidents, but part of an outrageous trend. In the last decade, police have killed more than 33,000 civilians — at least 75% of them were black men. There have been some protests, particularly within the communities most affected by that violence, but nothing like the uproar seen in the United States.

For as racially divided, unequal and unjust the United States is, American blacks have been able to organize and fight for justice for longer, in a more cohesive way. Throughout the 20th century, there were significant uprisings in Chicago (1919), New York City’s Harlem neighborhood (1935), Detroit (1943) and Los Angeles (1943, 1965, 1992). In almost all cases, the unrest had been triggered either by direct police violence or their unwillingness to intervene when violence was being perpetrated against blacks.

Public attention only began to really pick up steam in the Floyd case over the weekend – several days after Derek Chauvin pressed his knee to the black man’s neck for almost nine minutes on May 25 – when blacks and whites swarmed the streets of Minneapolis and other cities across the United States. Social unrest has proved to be the only language most white Americans understand in the face of racial inequality. Black Brazilians weren’t allowed that language, and it has cost them centuries-worth of systematic killings, hidden in plain sight.