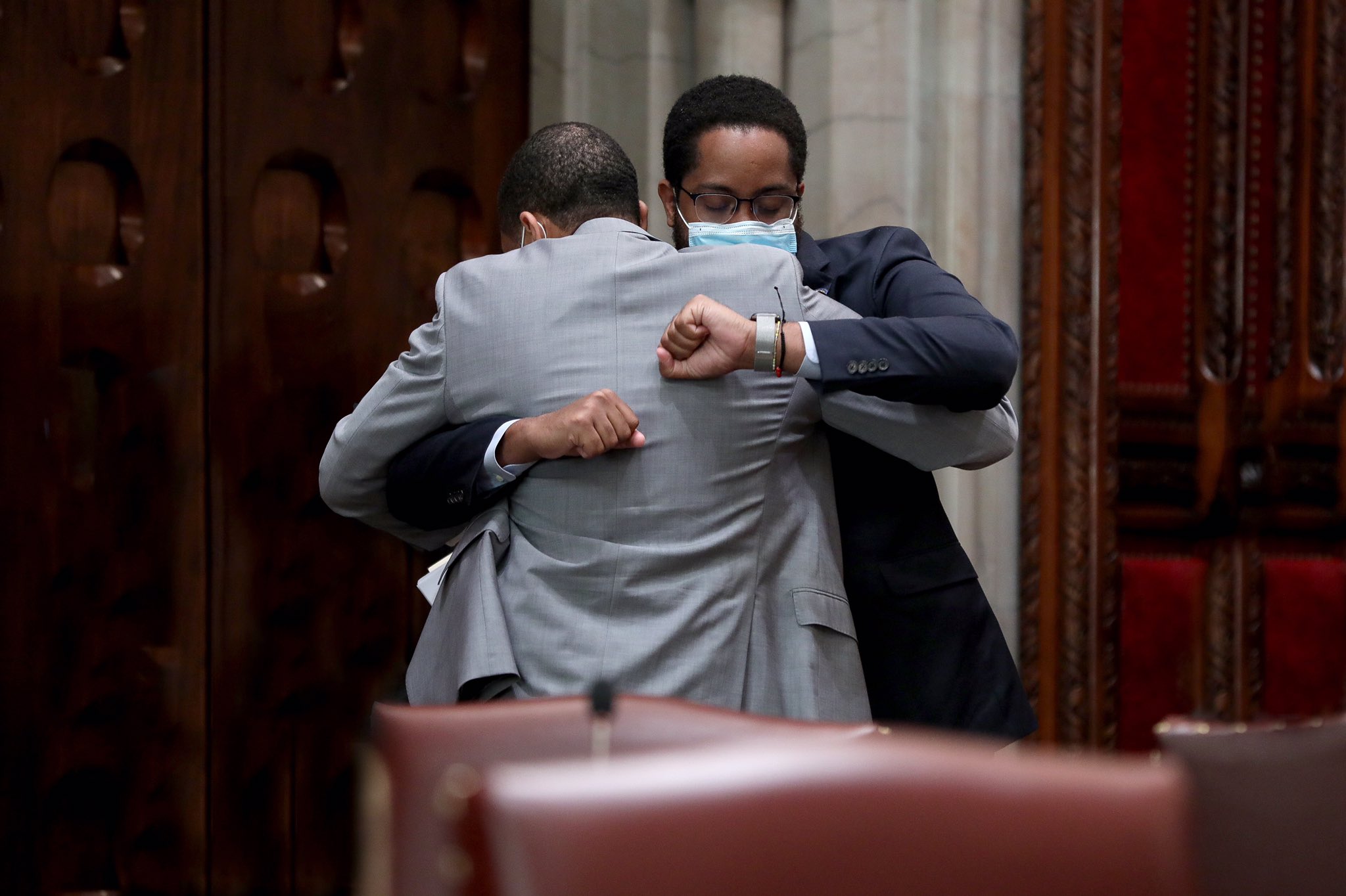 Today, the New York State Legislature passed critical legislation that will fully repeal 50-a, which up until now has allowed law enforcement to shield police misconduct records from the public. These disciplinary records will now be publicly disclosed, increasing systemic accountability through transparency and taking New York one step forward to addressing police violence in our communities.

Over the last eight years, the grassroots advocacy campaign to end police secrecy and repeal 50-a has been led by Communities United for Police Reform and includes families impacted by police brutality. The Innocence Project is proud to be a part of this effort to establish much needed transparency of police misconduct, and in turn prevent further racial injustice and wrongful convictions in New York. We applaud the series of criminal justice reforms that were passed along with 50-a today, which can begin to help address the deep rooted racism and of abuse of power that runs rampant in our criminal justice system.

THREAD: Today, I voted aye to #Repeal50A for all of the families who have lost their loved ones to police brutality, for the thousands of NYers who have taken to the streets and have said enough is enough and because it is the right thing to do. (1/9)#SD20 #ZinAlbany #ZTalksCJR pic.twitter.com/edkRZxYBXI

“This is an enormous step forward for police accountability in New York State. At a time when New Yorkers have taken to the streets in the midst of a global pandemic to voice the need for police accountability and racial justice, this is a welcome development,” said Rebecca Brown, policy director for the Innocence Project. “It is our strong hope that now that the veil that had shielded police misconduct from public view has been lifted, countless injustices, including wrongful convictions, can be prevented. This is only one ingredient of authentic accountability but it is the first, crucial step, in bringing some justice to a system that previously prevented it.”

BREAKING: I am proud to share that the New York State Legislature just passed my bill to repeal 50a.

Today is a monumental day for justice. My statement: pic.twitter.com/fZzmFoHEJO

Join the team to fight injustice by passing laws in your state.

The recent death of George Floyd and worldwide uprising has underscored the need and demand for police misconduct to be made public record. It has been widely reported that Derek Chauvin, the police officer who killed Floyd in Minneapolis was later found to have had 18 complaints previously filed against him, including the use of excessive force and violence. In addition, one of the other officers charged who stood by as Floyd cried out for help but did not intervene also had numerous complaints lodged against him.