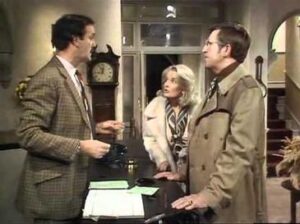 It’s all getting nasty. The urge to remove statues in hurried indignation; the lust to censor programmes now deemed offensive; the erasure of history, which, any sensible sort should know, is often a panoramic account of crimes and slaughter worth knowing rather than banning and hiding. This is surely not what the late George Floyd intended, but it hardly matters anymore. His death has propelled a movement that has capitalised on a publicised event of police brutality in the United States to re-order matters and sort out grievance across the board.

Comedies have not been spared the punishing treatment. It was probably long time coming, but someone was eventually going to get at Fawlty Towers , which has previously received the undue attention of the cutters. After all, British comedies are falling out of wokeish favour and flavour. Netflix, BritBox and BBC iPlayer took the axe to Little Britain and Come Fly With Me, two productions that admittedly could, at times, be crass. “Times have changed since Little Britain first aired,” came the explanation from the BBC, “so it is not currently available on BBC iPlayer.”

Refreshingly shocking when it made an appearance in the 1970s, Fawlty Towers did contempt rather well. A hotel owner by the name of Basil Fawlty who hated his guests, a not unusual state of actual affairs in British tourism, presided over a chaotic series of episodes that delighted and appalled. You can’t have that sort of thing anymore. Be nice, Basil, be nice.

With that in mind, UKTV, which is owned by BBC Studios, got their censors to return to the show. Knives were deployed. One episode stood out: “The Germans”, duly removed from its Gold Box Set of available downloadable programmes. That particular bit of fun involved “racial slurs”, though officialdom refused to say what, specifically, was problematic about it. “We regularly review older content to ensure it meets audience expectations and are particular aware of the impact of outdated language,” came the Orwellian statement. “Some shows carry warnings, and others are edited. We want to take time to consider our options for this episode.” Truly sinister stuff.

Since we are not offered an actual explanation other than this atrociously woke sentiment, we must speculate. Was it the fact that John Cleese’s Basil Fawlty goosesteps and shouts “Don’t mention the war” before a group of visiting Germans? Probably not, since being racist about Germans or provocative about the Second World never seems to date for certain audiences. Or is it the unreconstructed Major Gowen, played by Ballard Berkeley, who makes reference to the West Indies cricket team? (The Major relates to Basil Fawlty that, in attending a test match with a woman who “kept referring to the Indians as niggers” he was adamant in correction. “‘No, no, no,’ I said, ‘the niggers are the West Indians. These people are wogs.’”)

Cleese was understandably exasperated in explaining the issue to The Age and the Sydney Morning Herald. “If I put nonsense words into the mouth of someone you want to make fun of, you’re not broadcasting their views, you’re making fun of them. The major was an old fossil left over from decades before. We were not supporting his views, we were making fun of them. If they can’t see that – if people are too stupid to see that – what can one say?”

These are points worth reiterating: that context is everything. The Major was a figure to be mocked, not celebrated. Mark Lawson, writing in 2013, reminded his readers that Cleese and co-author Connie Booth, in creating the character of Major Gowen, “were clearly not being unthinkingly racist; rather, they were satirising an English upper-class bigot.” The tendency to be easily outraged tends to destroy all context in favour of faux sensitivity, which leaves no room for humour, or, if it does, the sort of sanctimonious nonsense signed off by paper pushing clerks.

Cleese is far from oblivious of social movements. He was a Python, a member of that legendary troupe of comic actors who taunted the easily-offended establishment. He is more than discerning to the indignation across the pond. “At the moment there is a huge swell of anger and a really admirable feeling that we must make our society less discriminatory, and I think that part of it is very good.” The protests remembering Floyd “have been very moving and very, very powerful.”

Distinctly less than moving have been those in the bowels of BBC management. With scorn, Cleese took to the BBC’s management strategy, more bunker than brain. “A lot of people in charge now at the BBC just want to hang on to their jobs. If a few people get excited, they pacify them rather than standing their ground as they would have done 30 or 40 years ago.”

On Twitter, Cleese reiterated a point long lamented: that a once glorious corporation had gone to the dogs or, to be more precise, “a mixture of marketing people and petty bureaucrats”, the “cowardly”, the “gutless and contemptible.” Those actually making programmes were vanishing, leaving way for “persons whose main concern is not losing their jobs”.

In a matter of hours, those cowering in the offices of the UKTV did a volte face. The show was reinstated, but with a mighty health warning. “We already offer guidance to viewers across some of our classic comedy titles, but we recognise that more contextual information can be required on our archive comedy, so we will be adding extra guidance and warnings to the front of programmes to highlight potentially offensive content and language. We will reinstate Fawlty Towers once that extra guidance has been added, which we expect will be in the coming days.” A more measured approach might have been: “If you don’t like it, don’t watch it.”

This article was posted on Saturday, June 13th, 2020 at 7:53pm and is filed under Culture, Language, Media, Prejudice.