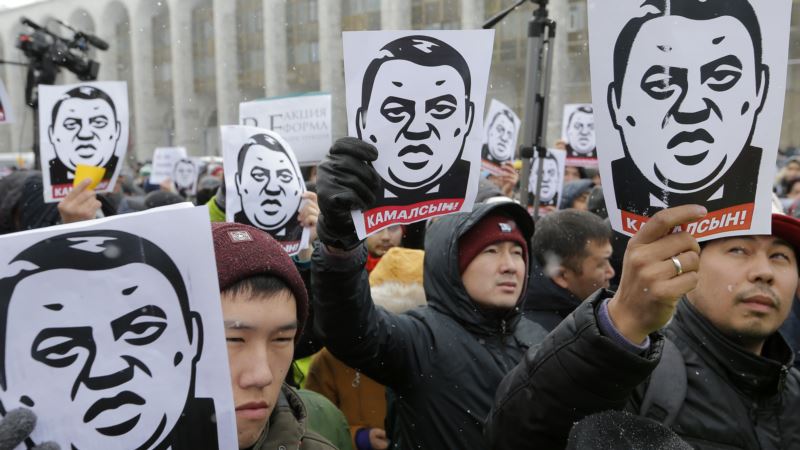 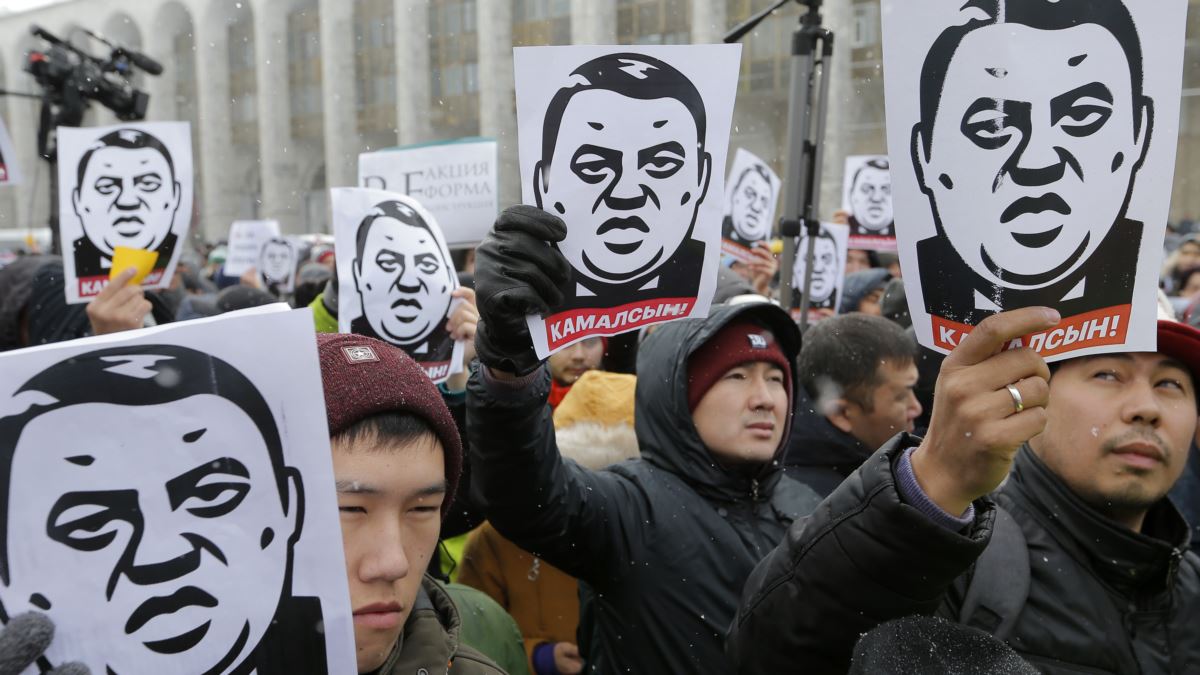 BISHKEK – Kyrgyz lawmakers have approved the findings of a parliamentary commission that concluded Kyrgyzstan was not involved in hundreds of millions of dollars of alleged money laundering uncovered in a bombshell joint journalistic investigation.

Seventy-two lawmakers on June 18 approved the conclusion of the commission probing the murder of a businessman and widespread corruption allegations that have triggered protests in the Central Asian nation.

The commission concluded that “the $932 million withdrawn from the country is not related to Kyrgyzstan, since it was the funds of Kyrgyz and foreign private entrepreneurs” working in Uzbekistan, according to its chairman, lawmaker Talantbek Mamytov.

The vote relates to an award-winning joint journalistic investigation by RFE/RL’s Kyrgyz Service, the Organized Crime and Corruption Reporting Project, and the Kyrgyz news site Kloop, titled Plunder And Patronage In The Heart Of Central Asia.

The investigation implicated former Kyrgyz State Customs Agency Deputy Chairman Raimbek Matraimov in a corruption scheme involving money transferred out of the country by Chinese-born Uyghur businessman Aierken Saimaiti, who was assassinated in Istanbul in November.

Prior to his killing, he provided a trove of financial records to reporters showing how he moved money out of Kyrgyzstan via murky wire transfers and cash couriers over the course of several years.

Earlier in June, Kyrgyzstan’s State Committee for National Security (UKMK) claimed reporters with RFE/RL had received money from Saimaiti, who served as the journalists’ source in the joint investigation.

Former RFE/RL President Jamie Fly said at the time that the allegations “appear to be the latest attempt in a long-standing campaign of retaliation against journalists by corrupt individuals seeking to protect their wealth and power.”

Matraimov and his family have denied any links to Saimaiti or corruption in the Kyrgyz customs service, and filed a libel suit over the investigation.

The lead reporter in the investigation, Ali Toktakunov of RFE/RL’s Radio Azattyk, has received death threats in connection with the publication, which has triggered street protests in Kyrgyzstan following its publication in November.