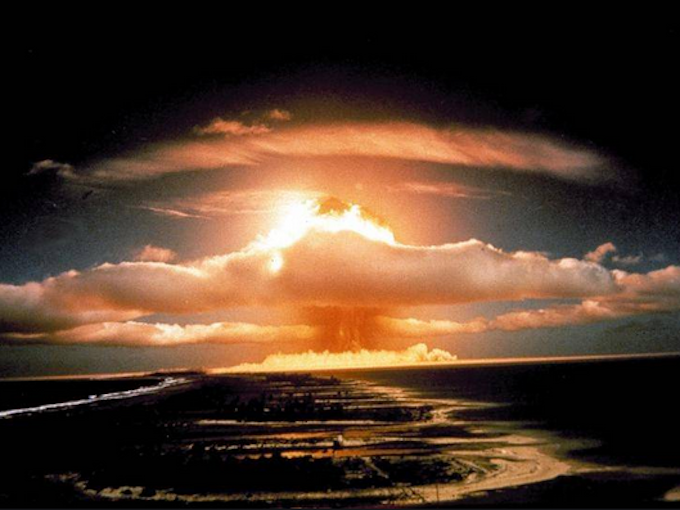 A sit-in has been held outside the French High Commission in French Polynesia to commemorate the 54th anniversary of the first nuclear weapons test at Moruroa.

The demonstration was organised by the anti-nuclear group Association 193 which again decried the recent law change tightening compensation criteria for those suffering ill-health.

The group said most compensation claims for radiation induced diseases kept being rejected.

The largest denomination, the Maohi Protestant Church, as well as the Moruroa e tatou veterans group held a conference on the tests’ aftermath, discussing action against the French state.

They argued that victims should seek redress through international courts, with a case pending in the International Criminal Court in The Hague.

The case was lodged in 2018 by the pro-independence Tavini Huiraatira party which accused France’s living presidents of crimes against humanity for exposing French Polynesia to nuclear fallout.

Until 10 years ago, France said its tests were clean and caused no harm.

The tests left a toxic radioactive legacy that continues to cause immense harm to the health and wellbeing of Tahitians and other Pacific peoples, and threatens the future of the Pacific ocean.