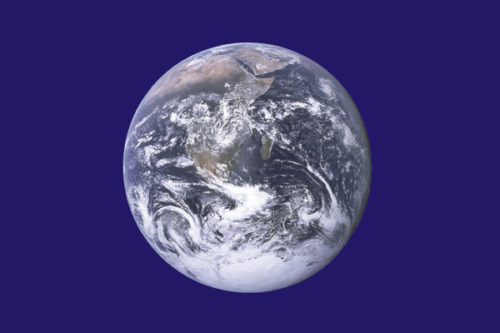 Have you noticed recently that things are collapsing?

Sure, the right-wing, nationalist rulers of many countries never stop telling us that they have made their nations “great” again.

But we would have to be dislocated from reality not to notice that something is wrong―very wrong.  After all, the world is currently engulfed in a coronavirus pandemic that has already infected over 12.5 million people, taken over 550,000 lives, and created massive economic disruption.  And the pandemic is accelerating, while, according to scientists, new and more terrible diseases are in the offing.

Moreover, we are now experiencing a rapidly-growing environmental catastrophe.  Not only are industrial pollutants poisoning the air, the water, and the land as never before, but climate change is making the planet uninhabitable.  Extreme heat, drought, storms, floods, melting glaciers, and rising sea levels are wreaking havoc on an unprecedented scale.  This June, the temperature in the Arctic reached 100.4 degrees fahrenheit―the hottest on record.

In addition, defying all reason, nations persist in arming themselves for a nuclear war that will destroy virtually all life on earth.  Publicly threatening nuclear war and casting aside or rejecting major nuclear arms control and disarmament treaties, the nuclear powers are currently engaged in an extensive nuclear weapons buildup, with the U.S. government alone planning to spend at least $1.5 trillion on this project.  In response to the looming catastrophe, the editors of the Bulletin of the Atomic Scientists recently placed the hands of their famous “Doomsday Clock” at 100 seconds to midnight―the most dangerous setting in its 73-year history.

Even if these disastrous developments fail to snuff out the human race, plenty of mass misery can be expected from the rising economic and social inequality occurring around the globe.  According to a UN study, released in January 2020, 70 percent of the world’s people suffer from growing economic inequality.  In a foreword to the study, UN Secretary General António Guterres declared that the world is confronting “the harsh realities of a deeply unequal landscape,” characterized by “a vicious cycle of inequality, frustration, and discontent.”  Feeding on popular fears and anxieties, racism and xenophobia are on the rise.

But extinction or, at best, mass misery, need not be humanity’s fate.  Thanks to very substantial advances in knowledge over the centuries, plus the efforts of creative thinkers and determined reform movements, human beings have shown a remarkable ability to confront challenges and to improve the human condition.  From the abolition of slavery to the creation of public education, the banning of child labor, the guaranteeing of old age security, the legalization of unions, the recognition of women’s rights, and the defense of gay rights, previously unimaginable changes have been promoted and implemented.

Why should we assume that we are incapable of responding to today’s crises?  Working together, physicians and other scientists have either eradicated or dramatically reduced the range of numerous diseases, including smallpox, polio, guinea worm, malaria, and measles.  Responding to climate change activism, scientists and engineers have developed methods to utilize solar and wind power to replace fossil fuels.  Similarly, critics of the nuclear arms race and wise statesmen have fostered nuclear arms control and disarmament treaties and helped prevent nuclear war.  Furthermore, numerous movements have succeeded, on occasion, in securing a more equitable distribution of wealth and a reduction in discrimination.

Of course, the changes necessary to cope with today’s crises will not be obtained easily.  To successfully battle pandemics, it will be essential to create a far stronger public health system, accessible to everyone.  Combatting climate change will almost certainly require challenging the vast power of the fossil fuel industry.  To avert nuclear war, it will probably be necessary to both ban nuclear weapons and create a stronger international security system.  And when it comes to securing greater economic and social equality, limiting corporate greed, taxing the rich, and reducing deep-seated prejudices remain imperative.

Even if these conditions are met, however, another challenge remains, for implementing these kinds of changes necessitates action on a worldwide basis.  After all, disease pandemics, climate catastrophe, nuclear war, and economic and social inequality are global problems that require global solutions.  As the director general of the World Health Organization remarked in late June, the greatest threat to humanity from the coronavirus is not the virus itself, but “the lack of global solidarity” in dealing with it.  He added:  “We cannot defeat this pandemic with a divided world.”  Much the same could be said about overcoming the other onrushing disasters.

Although there is not much time left before the world succumbs to one or more catastrophes, human beings have been able to alter their behavior and institutions.  Let’s hope they will rouse themselves and do so again.