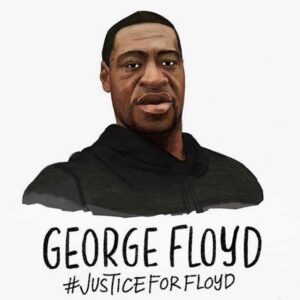 It could be that the ongoing gratuitous murders by police across America are not mistakes but part of a program of terror and fear to control, to maintain unjust apportionment of power, resources, money, in the hands of a few. As the need rises, more people of color are cut in to positions of power to control others. But as the presidency of Barrack Obama suggests, buying off minorities with models of success is not a solution. simply a broadening of the power base of unjust controls.

These are controls which have historically furthered white supremacy at the expense of non-whites. From the perspective of genocide prevention, at what point does the society’s service to white power slip into an attempt to eradicate non-white communities? At what point does life for non-whites become unbearable? At what point do random police murders of black people become a program indicating the risk of genocide?

One indication of when the majority group in a society crosses the line to subjugate, oppress, enslave, destroy a minority group is available in awareness of the society’s political prisoners. These reflect the system’s targeted groups. When any prisoner is imprisoned for political reasons on false charges, the prisoner becomes a political prisoner, and the system acts criminally. At what point will a country’s law betray itself in order to keep its power elite in power?

What happened to George Floyd and Eric Garner and Michael Brown, weren’t isolated cases but representative of thousands of people the country’s middle classes haven’t heard of but who form a norm of expectation for minorities throughout the country. Whatever color, the victims are usually poor people.

They often have disabilities. Law enforcement seems unable to cope with mental disabilities or people with medical conditions, appropriately.

Poor white people are not spared police violence unless they are part of the right wing, inevitably racist law enforcement infra-structure.

Any death caused by police is unnecessary. U.S. Police are not trained to wound rather than kill, if under threat. They are trained or programmed to kill as part of a psychological control of the people by fear.

This could be noted as state terrorism. Police violence simply acts out the controls of society. Their acts are metaphors for the functioning of society, for job markets, for chances of advancement at work, for the prevailing ethic in law enforcement or how the military is used. Police murders as an aspect of nation-wide training programs are simply naked assertions of injustice applied to people who have committed crimes or haven’t. The murdered represent the visible tip of an iceberg, raw facts, in policies of law enforcement. Question: if the man on the street is vulnerable to being murdered by rank and file police officers, what’s in store for community leaders protecting their people?

Under COINTELPRO of last century’s 50s through 70s, extremes of injustice were applied to Black community leaders in particular, who then became political prisoners. In 2020 some are still in prison. Due to state programs which targeted them for prosecution and disappearance, it would be hard to prove they are not innocent. The Black Panthers was a community support group. Panther leaders tried to protect their communities from ignorance, poverty and drugs. Protesting racist injustice they were the object of government warfare.

The murder of George Floyd is representative of the justice dealt even leaders of the U.S. Black community historically. These aren’t simply the murders of high profile people such as Dr. Martin Luther King Jr. or Malcom X, or the rank and file murders of Fred Hampton and Mark Clark, but the “night and fog” operations against men and women who have been hidden away in the U.S. prison system for life.

Among these the case of Imam Jamil Al-Amin whom the reader might know as the former H. Rap Brown, has seemed the most hopeless, because it is so clearly a result of the system’s oppression, corrupt law enforcement, and the convenience of the FBI. Local law enforcement was collaborative, and the prosecution and judiciary assumed a stance of naivete with regards to Federal attempts to take Al-Amin out of commission. Al Amin’s targeting by the FBI’s COINTELPRO was very much part of the case but entirely ignored in court papers. It is likely he was under surveillance for most of his adult life. The multi-racial (and probably Christian) jury that convicted him was not introduced to the government crimes of COINTELPRO. In court It would repeatedly watch Al-Amin not rise, as required by his religion, when the judge entered. He was a Muslim. It was six months after the World Trade Center’s destruction. After conviction he was moved to a supermax prison far from home, visits and affect on his Georgia community, and he was placed in solitary. The extra-judicial punishment was applied why ? For being intellectually a revolutionary? An anti-drug community leader? A convert to Islam? For his strong faith and eloquence? For not being white?

I first noted Imam Jamil Al-Amin‘s conviction and imprisonment in 2004. He was convicted on March 9, 2002. Time has only made his innocence and the mechanism of his false conviction, more clear. Finally a video is available of Otis Jackson’s confession to the murder of one policeman and wounding of an other, the principle crimes Imam Jamil was convicted of: “The Confession – My Name Is James Santos aka Otis Jackson (We Demand A Retrial For Imam Jamil)” (May 1, 2020). The video must be viewed- Jackson’s description fits fairly closely the description of the killer provided by witnesses to the killing, Imam Al-Amin’s does not. Request for a re-trial was refused. Recently a mechanism to explore cases where there have been possible miscarriages of justice has commenced in Fulton County, and through it the Imam’s support group has renewed hope he’ll be freed. He is one of many U.S. political prisoners who has contracted cancer in prison. I recommend a short video of Al-Amin’s address to the International Islamic Unity Conference in 1996. “Stop the Violence – Imam Jamil el-Amin, Imam of Community Masjid of Atlanta,” which starts, I seek refuge in the law from misleading and from being misled, from betraying and from being betrayed into ignorance by others. I ask Allah to guide my heart and to guide my tongue…

They took his normal life away with his freedom. To extend our understanding of parallel murders by police we are faced with instance after instance of unjustifiable homicide against a U.S. racial minority: George Floyd, Eric Garner, Michael Brown, Laquan McDonald, Matiana Jefferson, Aura Rosser, Tamir Rice, Walter Scott, Freddie Gray, Jamar Clark, Alton Sterling, Philando Castile, Stephon Clark, Botham Jean, Breonna Taylor, Michelle Cusseaux, Janisha Fonville, Akai Gurley, Gabriella Nevarez, Tanisha Anderson, and others represent some of the Black victims. This is a specific listing of a practice by southern police which did not end with the 1964 Mississippi murders of Schwerner, Goodman and Chaney. Mapping Police Violence points out that from 2013 through 2019 police killed 7,666 people in the U.S.. 28% were ‘Black people,’ who were three times as likely to be victims of police murder.

However, a great many people killed by police were not Black people. I’ve found no statistical comparisons available to compare the number of police murders of Black people to police murders of poor whites, Asians or Hispanics, but at a terrible cost to the black community the essential point is now made.

The poor are at risk, whatever ethnic racial or religious group they are part of. The enemy of the poor is much greater than the police who are simply telegraphing society’s intentions. As each group counters the system’s aggression in the future, the mutual support of each other group by all groups is necessary. The divisions by any prejudice or bias between groups can destroy humanity.

This article was posted on Sunday, July 19th, 2020 at 9:41am and is filed under Discrimination, FBI, Justice, Police, Political Prisoners, Racism.