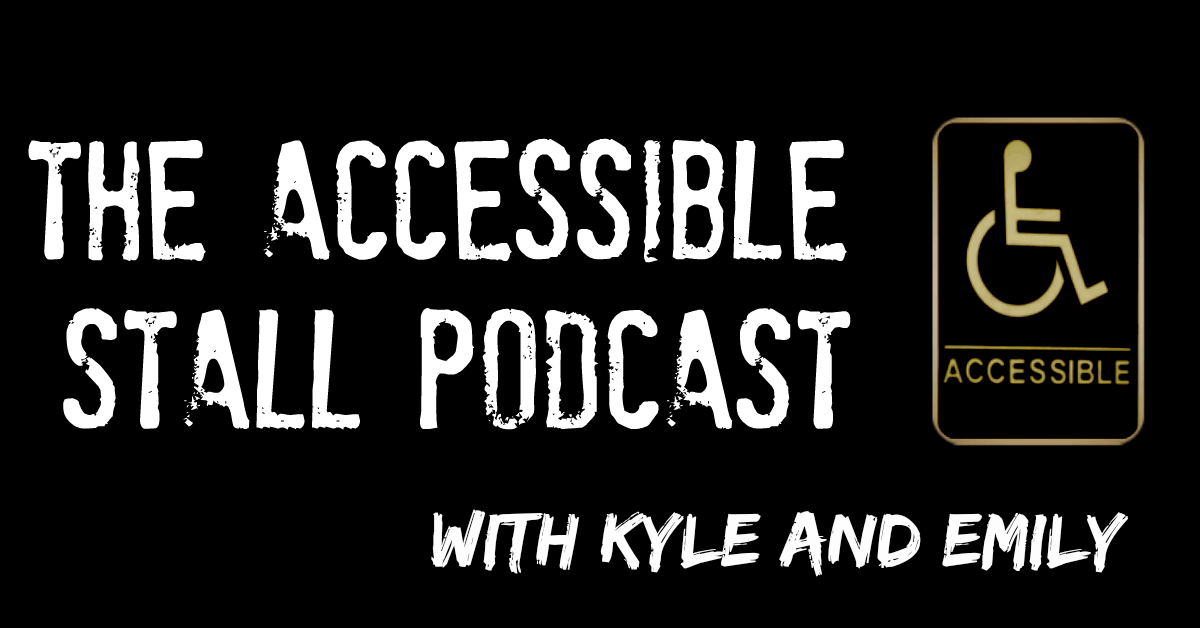 When Emily Ladau was in middle school, she and her friends headed to the restroom whenever they needed to have a serious conversation. But because Ladau relies on a motorized wheelchair for mobility, these discussions had to take place in an accessible stall, a place with room for everyone.

Years later, Ladau and her friend, Kyle Khachadurian, would create a podcast, The Accessible Stall, that focuses on the disabled experience in the United States.

“We live in a society that misunderstands the disabled experience, so we still have a lot of work to do.”

As the nation prepares to mark the thirtieth anniversary of the signing of the Americans with Disabilities Act on July 26, the program is vital. “Thirty years on, it is more than time for media, including the podcast space, to shift in a more inclusive direction that encompasses and celebrates disability identity,” Ladau begins. This is exactly what The Accessible Stall aims to do. Now in its fourth year, it has recorded more than eighty-five episodes, connecting discrimination against people with disabilities to racism, classism, sexism, homophobia, heterosexism, and ageism.

Both Ladau and Khachadurian closely follow political events, so it is no surprise that the most recent episode of the podcast featured D’Arcee Charington Neal, an activist and Ph.D. candidate at Ohio State University. Neal drew the connection between systemic racism and ableism. Like other Accessible Stall broadcasts, it not only highlighted the insights of this guest expert, but also included a spirited back-and-forth between Ladau and Khachadurian.

“Listeners have told us that when they hear our podcast, they feel as though they’re in the room with us,” Ladau tells The Progressive. “They feel as though we’re engaging them in a conversation. We’re also not afraid to push back against each other or admit when we’ve been wrong. We’re honest and always real.”

Although the podcast does not follow a fixed schedule—and episodes are not uniform in length—Khachadurian says that they try to record as often as their schedules allow, fitting recording in between other responsibilities: He is advocacy and communications specialist at The ARC of King County, Washington, and Landau is the editor-in-chief of the Rooted in Rights blog.

“When we started out, I dreamed of going into a studio,” Khachadurian says. “Instead, Emily and I record in our PJs, in our bedrooms, over the Internet. Yes, in person would give us slightly better sound quality, but this works. In fact, our best episodes have been recorded when we were both cozy.”

The pair have clearly delineated tasks. In addition to their on-air discussions, Khachadurian edits and Ladau does pre-and-post-production research, creating lists of additional resources for each episode. D’Arcee Charington Neal’s interview, for example, linked to Martin Luther King’s 1963 “Letter from a Birmingham Jail,” Kimberlé Crenshaw’s TED Talk “The Urgency of Intersectionality,” and an episode of Patriot Act with Hasan Minhaj about the police murder of George Floyd.

They also pay someone to transcribe each program so that The Accessible Stall is available to those with hearing impairments.

Both Ladau and Khachadurian agree that the podcast is a “labor of love” and they relish telling the story of how the program got its start, filling in the details for each other and clearly enjoying the reminiscence.

The pair both attended the same summer camp—The Southampton Fresh Air Home in New York state—they report. And although they’re exactly the same age—born two weeks apart—they were enrolled at different times so did not meet until 2011 when the camp sponsored an alumni reunion.

They then became fast friends.

“After several years of talking about issues on Facebook Messenger and texting each other, we realized that we had something to say,” Ladau says. “At the time, early 2016, there were a few disability-focused podcasts, but it was a mostly-bare landscape. Basically, we saw a hole in the podcast world and decided to fill it and make the gap a little less wide for the disabled community.”

Since the program’s inception, the two have tried to be deliberate and transparent about their goals. “We’re conscious that if something is not our story to tell, we don’t tell it,” Ladau says.

At the same time, they have repeatedly used their show to critique “inspiration narratives.” These, Ladau explains, are “warm, fuzzy, heartfelt stories about overcoming adversity” that are typically told by someone who is not visibly disabled.

“A young man was going to college and his mom was his personal care attendant and notetaker,” he says. “When he completed his studies, the school gave her a degree alongside her son. Many people thought this was wonderful, but we thought it was ridiculous, a way to devalue the young man’s accomplishment. Then there was a NIKE ad that featured a kickass disabled athlete, but when they spoke about his athleticism, they played sad, somber music which made viewers feel bad for him.”

This, they say, is why The Accessible Stall continues to be needed.

“We live in a society that misunderstands the disabled experience, so we still have a lot of work to do,” Ladau says. “The podcast gives us a platform to talk about issues that impact our day-to-day lives.”

“We also want to stress something else,” Khachadurian says. “Podcasts are not just for the privileged few who have the means to go to a studio. Almost anyone can do this easily and cheaply, so if you want to start a podcast, you should. The biggest hurdle is usually yourself.”

The Accessible Stall podcast is available on Apple Podcasts, Spotify, Tune In and Google Podcasts.