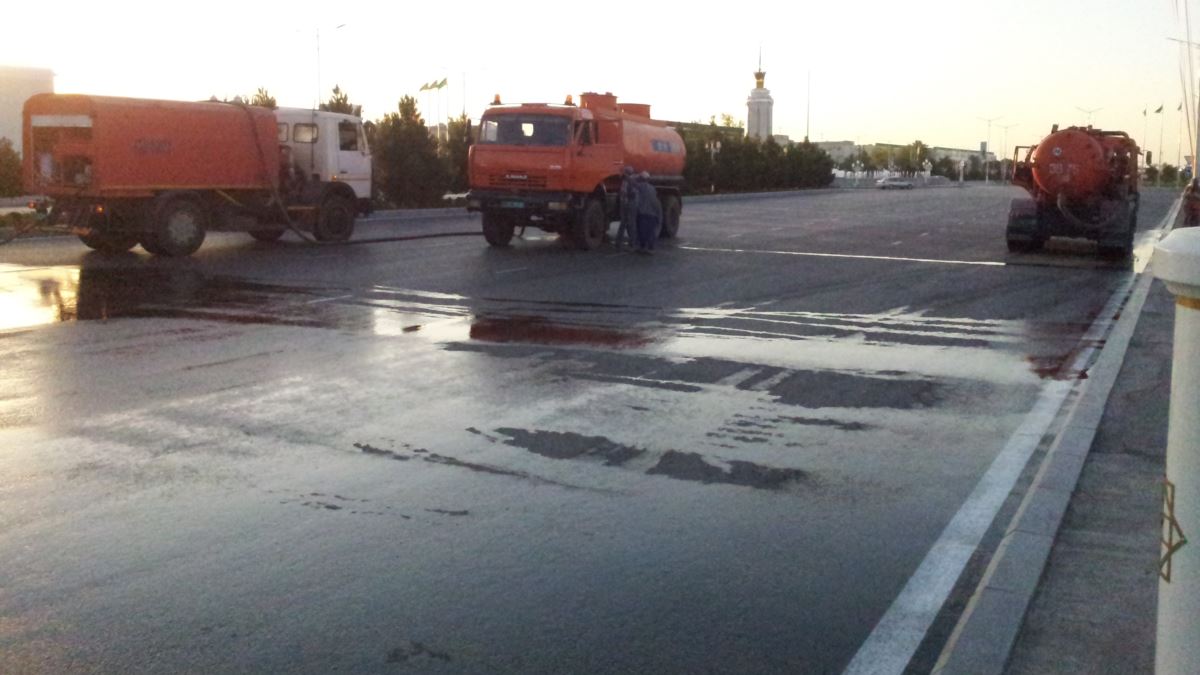 Turkmenistan is using planes to spray disinfectants over fields and towns to battle “infectious diseases,” even as the reclusive Central Asian country continues to deny it has cases of the coronavirus.

The unorthodox practice of indiscriminately spraying disinfectants from the air is raising concern that authorities may be creating larger health and environmental problems.

RFE/RL’s Turkmen Service reported on July 22 that the disinfectants have an “unpleasant smell” and may be damaging the health of people and animals as well as destroying crops. In cities, authorities are also using trucks to spray disinfectants on the streets.

Turkmenistan’s state-run media has described the measures taken during the global coronavirus pandemic as “a comprehensive decontamination campaign to prevent the spread of infectious diseases across the country.”

According to official media, light aircraft are spraying a solution of 1 percent chlorine or 0.25 percent sodium hypochlorite solution, more commonly known as bleach. Local experts interviewed by RFE/RL say that the disinfectants are sprayed in higher doses.

State television for the first time showed the aircraft disinfection on the country’s border areas on July 15. Observers say the televised events are aimed at calming the population and reassuring them that the epidemiological situation in the country is under control.

An RFE/RL correspondent said many residents in southeastern Mary Province are concerned about the detrimental effects of the disinfectants on their health and that of their children.

Farmers are also worried the disinfectants are damaging their crops and hurting animals.

Turkmenistan insists that the country has no cases of the coronavirus, despite reports that hospitals are filling up with sick patients and deaths from suspected coronavirus cases are soaring across the country.

Despite ignoring the coronavirus, Turkmen authorities have taken unprecedented health measures recently in an apparent attempt to prevent the spread of the disease.

After prohibiting mask wearing up until July 8, the authorities ordered people to wear face masks in public to protect against “dust.” Movement around the country has been restricted and markets and shopping malls have also been closed.

The sudden reversal came as representatives from the World Health Organization (WHO) made a delayed visit to the country in early July to assess the epidemiological situation.

At a July 15 press conference, WHO mission chief Catherine Smallwood said the team had not seen or heard anything that would contradict the government’s assertion that the coronavirus does not exist in Turkmenistan.

However, Smallwood did recommend that the authorities take “critical public-health measures in Turkmenistan, as if COVID-19 was circulating” in the country.

She also commented on the “reports of increased cases of acute respiratory disease or pneumonia of unknown cause.”

The WHO team visit in early July came after RFE/RL had earlier reported Turkmen authorities were trying to hide the extent of the pandemic in the country.