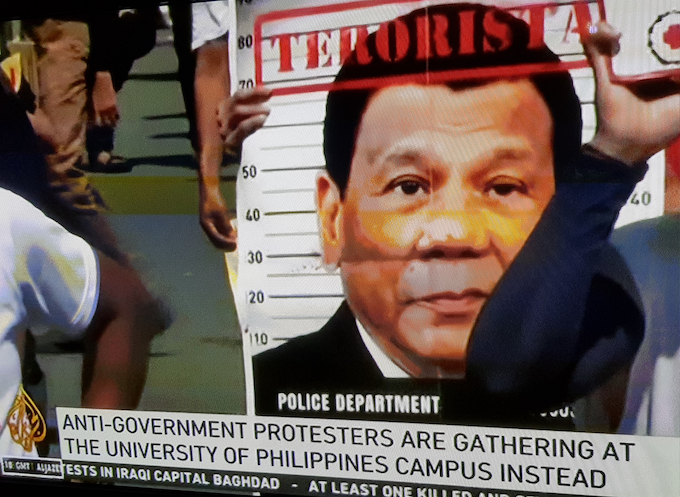 Philippine President Rodrigo Duterte depicted as a “terorista” in a mock police ID card at a protest ahead of his SONA speech in Manila today. Image: Al Jazeera screenshot

By Pia Ranada in Manila

Philippine President Rodrigo Duterte, for the third time, used his State of the Nation Address (SONA) to call on Congress to reinstate the death penalty for violators of the country’s anti-drugs law.

“I reiterate the swift passage of a law reviving the death penalty by lethal injection for crimes specified under the Comprehensive Dangerous [Drugs] Act of 2002,” said Duterte today during his fifth SONA.

He even teased lawmakers who appeared unenthusiastic about his call.

Earlier today demonstrators protested against the president over his dictatorial policies, draconian anti-terrorism law and handling of the coronavirus pandemic which has seen more than 80,000 infections and 2000 deaths in the Philippines.

“I did not hear so much clapping so I presume that they are not interested [in then death penalty]. Someday I will tell you the story of what happened in the Philippines,” said Duterte.

At this point, he digressed from his written speech to launch a familiar monologue about how illegal drugs harm Filipino youths and how Philippine drug syndicates operate like those in Colombia and Mexico.

Death penalty law failed for four years
For the past four years of the Duterte presidency, Congress has failed to pass a law reinstating the death penalty.

Senate President Vicente Sotto III had previously said that a law reserving the death penalty for high-level drug traffickers stood a better chance of getting through the Senate.

Duterte had used his fourth SONA and secind SONA to push for capital punishment, but it had been his call since since 2016 when he was a presidential candidate.

But his support for the death penalty has earned him criticism from European Parliament lawmakers and human rights groups both in the Philippines and abroad.

Pia Ranada is a reporter for Rappler independent news website in the Philippines. 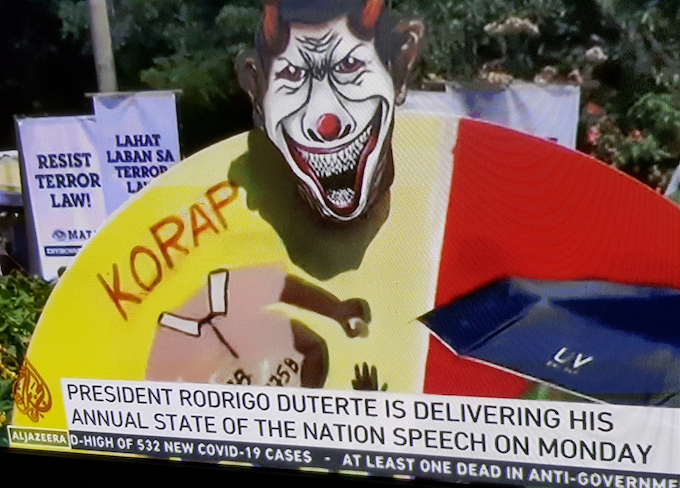