A member of Tohono O’odham Nation, a migrant in the Sonoran desert, a Palestinian at an Israeli checkpoint, or a resident of a segregated and over-policed U.S. neighborhood — all are increasingly subject to the same technologies of repression.

In 2014, Elbit Systems of America (a subsidiary of Israel’s Elbit Systems) won a $145 million U.S. Customs and Border Patrol (CBP) contract to construct a network of 53 camera and radar-equipped Integrated Fixed Towers (IFTs) in Southern Arizona.

Ten of Elbit’s IFTs are situated on Tohono O’odham reservation, placing this Indigenous community under round-the-clock surveillance with the same TORCH electronic system it first developed for Israel’s annexation wall.

“Watched” highlights three human right impacts of this repressive technology in U.S.–Mexico borderlands. Below, we share a quote for each to illustrate the way different movements are acting in solidarity with one another.

The Tohono O’odham Nation is one of the most heavily militarized Indigenous communities in the United States. Our daily lives are impacted by surveillance on the ground, in the air, and now day and night with the erection of Elbit System’s Integrated Fixed Towers along the 75 mile stretch of US Mexico Border on O’odham lands. Our once peaceful existence is forever changed by the policies that are implemented to provide homeland security, but instead are causing more destruction to the natural movements of Peoples and Wildlife, such as the looming border wall. We continue to resist these harmful actions to our existence, and continue to live as we always have as People of the Desert. 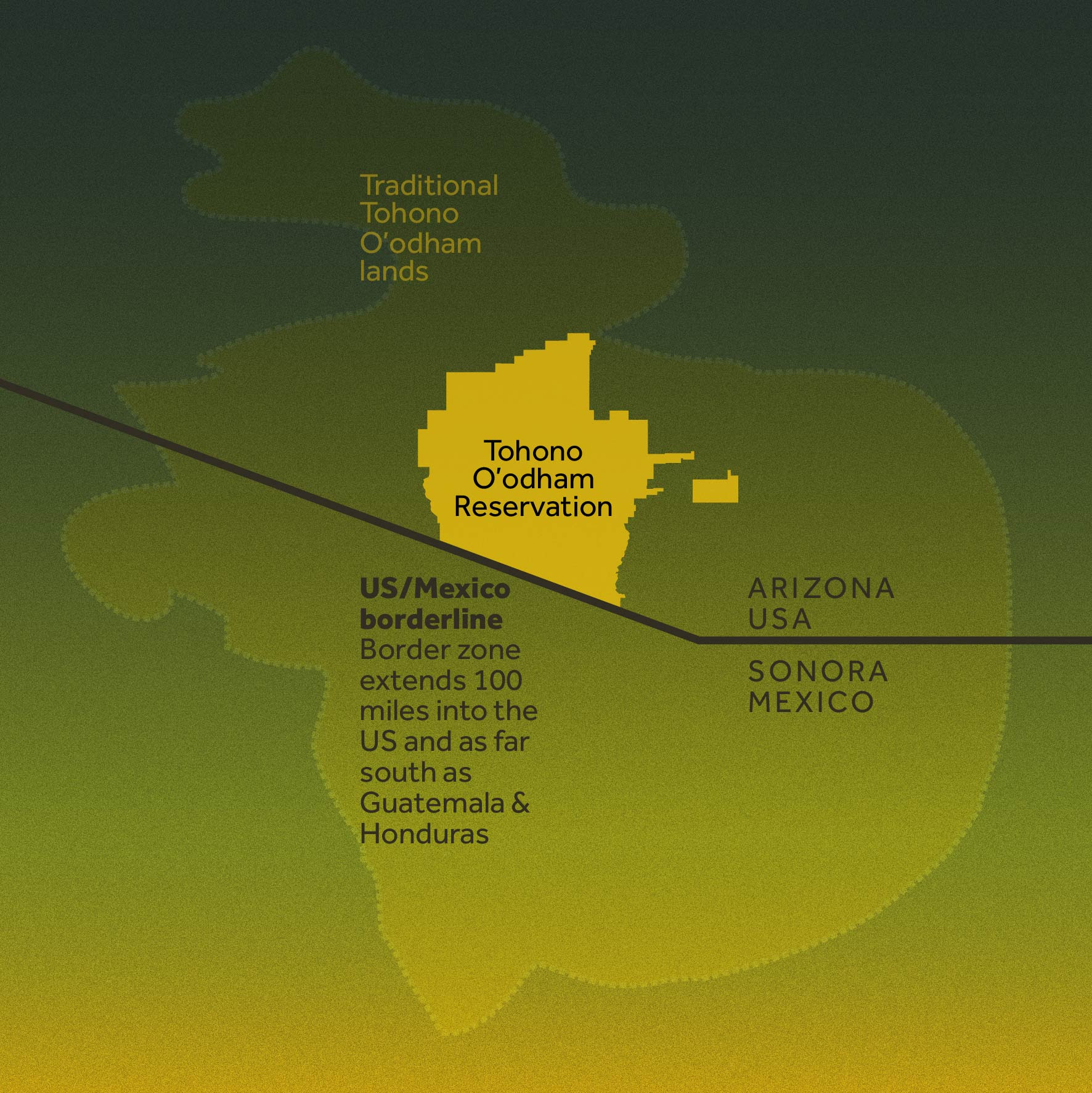 Much like the Palestinian people, Indigenous and Mexican populations are subjected to highly militarized policing and constriction of rights, stand accused of being criminals for being who they are, and know the pain of statelessness and separation…Until Palestinians are free, none of us are. 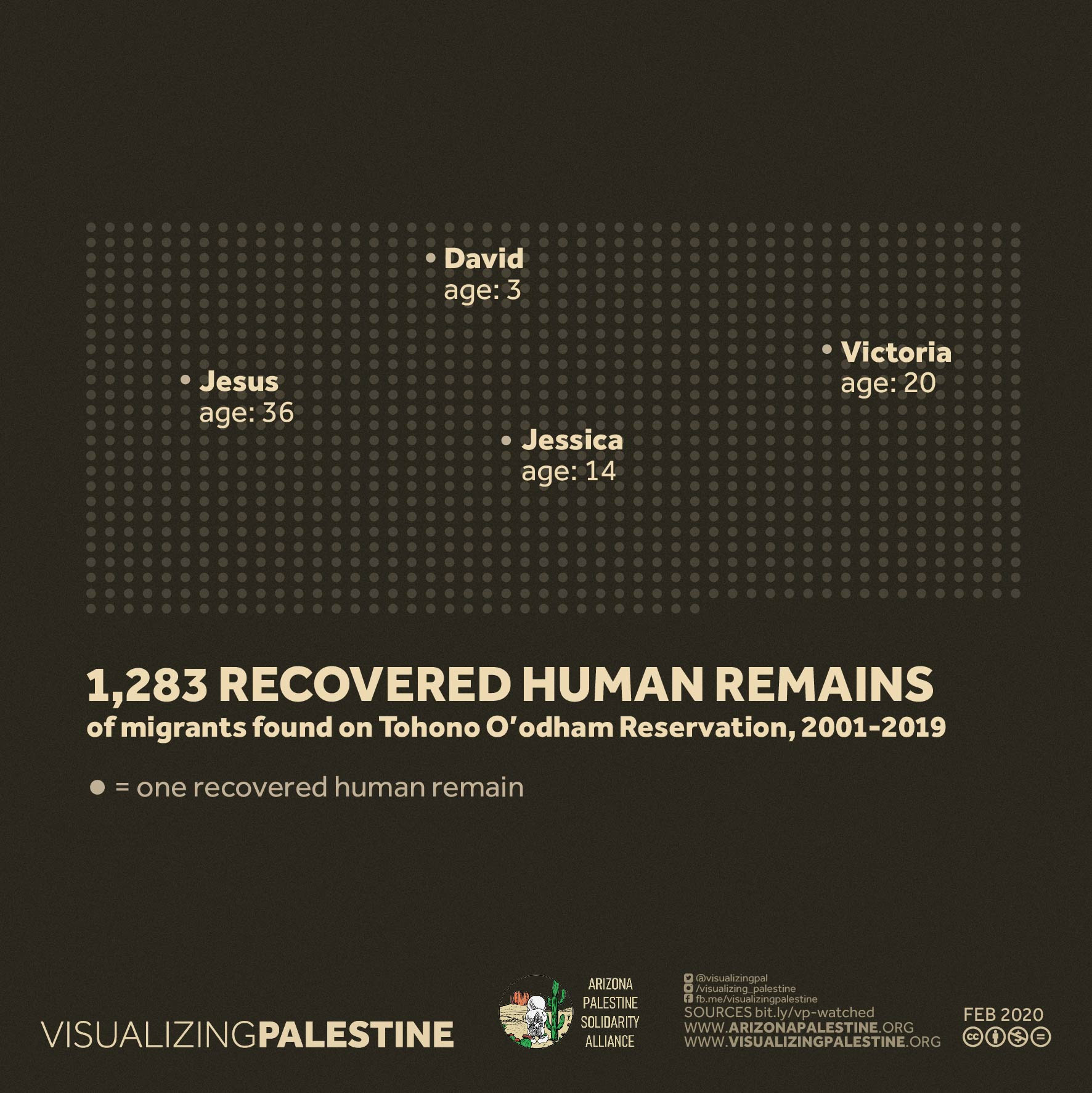 [CBP’s] use of military technology to surveil protesters inside US borders is deeply disturbing, especially given CBP’s lack of clear and strong policies to protect privacy and constitutional rights.

Federal policies incentivize local law enforcement’s collaboration with Immigration and Customs Enforcement (ICE) and the Department of Homeland Security (DHS) with no oversight. 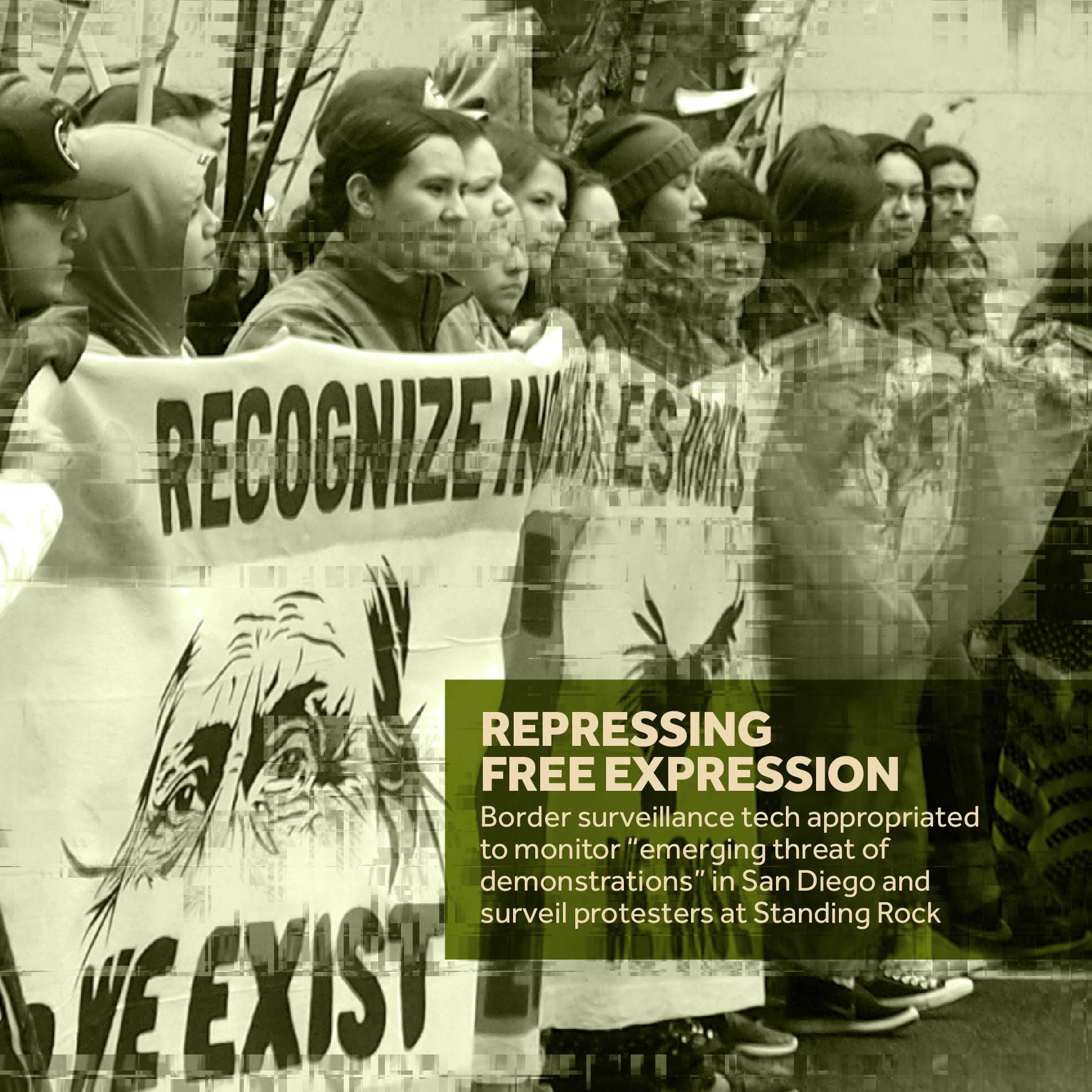 This article was posted on Tuesday, July 28th, 2020 at 9:45am and is filed under Human Rights, Migration/Migrants, Original Peoples.