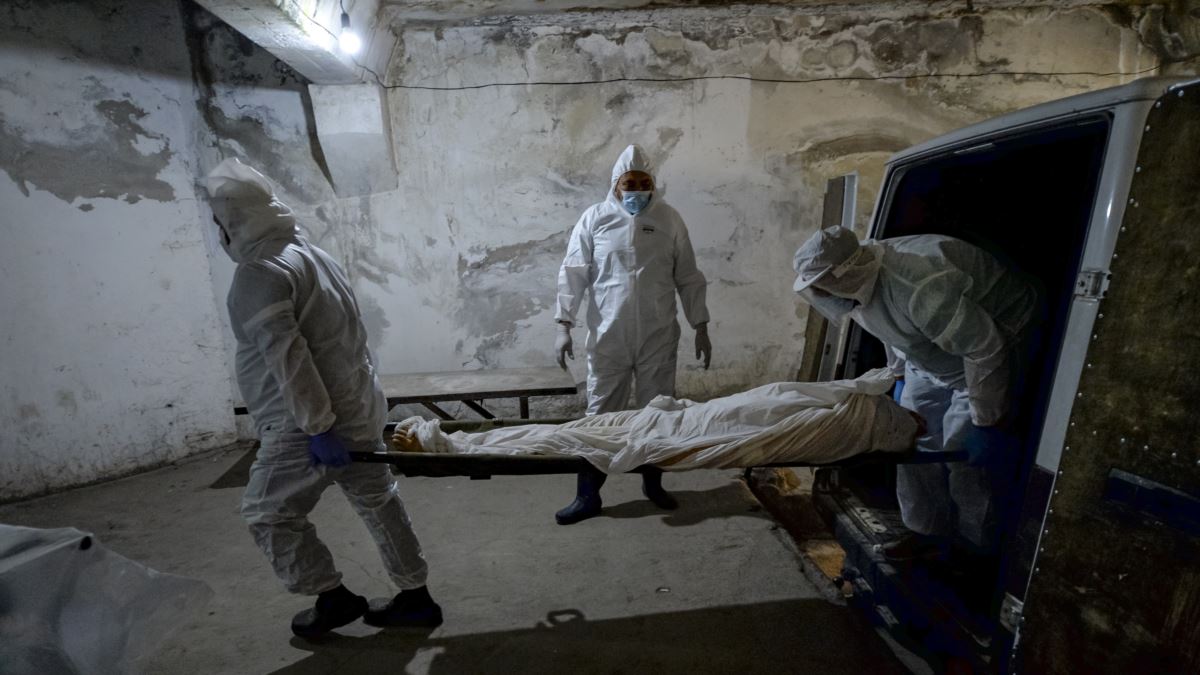 The global death toll from the coronavirus is more than 650,000, with more than 16.5 million infections confirmed, causing mass disruptions as governments continue to try to slow the spread of the respiratory illness.

Here’s a roundup of COVID-19 developments in RFE/RL’s broadcast regions.

Kyrgyz President Sooronbai Jeenbekov has signed a decree declaring July 30 as a national day of mourning to commemorate the victims of COVID-19.

The presidential press service said on July 28 that all national flags across the country and at Kyrgyz embassies and diplomatic missions abroad will fly at half-mast on that day, and all entertainment programs and events will be suspended.

As of July 28, the number of coronavirus cases in Kyrgyzstan was reported at 33,844, of which 22,296 people had recovered and 1,329 patients died. Kyrgyzstan has been adding victims with acute pneumonia to its COVID-19 death toll for several weeks now.

In neighboring Kazakhstan, Health Minister Aleksei Tsoi recommended on July 28 that the government start easing coronavirus restrictions from next week.

Tsoi said that the number of new coronavirus cases per day in the last three weeks had decreased and continued to fall, allowing for limited operations at shopping malls, kindergartens, beauty salons, and hairdressers to resume as of August 3.

Also, Tsoi said, a ban on intercity passenger bus and train services must remain in force.

Prime Minister Asqar Mamin said that a cabinet decision on the issue will be made after a government commission looks into Tsoi’s recommendations.

In Uzbekistan, President Shavkat Mirziyoev appeared in public wearing a medical mask for the first time since the pandemic was announced in mid-March.

Mirziyoev attended a gathering in Tashkent on July 27, at which city authorities reported on their efforts to slow the spread of the coronavirus. Mirziyoev promised more support from the government and urged Tashkent officials to improve working conditions for medical personnel involved in treating coronavirus patients.

Uzbek health authorities said on July 28 that the number of coronavirus cases in the country reached 21,506, including 122 deaths. The officials added that 11,674 patients had recovered.

In Tajikistan, more than 100 medical personnel in the northern region of Sughd, where the majority of officially registered coronavirus cases have been reported, were awarded for their work with COVID-19 patients.

The head of the regional health-care directorate, Farruh Maqsudzoda, said on July 27 that since coronavirus was officially registered in the country in April, three medical workers had died of COVID-19 in the region.

As of July 27, the number of coronavirus cases in Tajikistan was officially reported as 7,235, including 60 deaths.

However, an investigative report by RFE/RL’s Tajik Service last month revealed that the real number of lethal cases of COVID-19 in the country might be several hundred, including dozens of physicians and nurses who treated COVID-19 patients.

Turkmenistan is the only country in the region that has not officially registered any coronavirus cases, but RFE/RL correspondents have reported that local hospitals have been overwhelmed with patients with pneumonia symptoms, some of whom, including medical personnel, have died.

In some parts of the country, so-called quarantine zones have been established, some industrial facilities are being shut down..

The head of a World Health Organization mission, Catherine Smallwood, told a press conference in Ashgabat on July 15 that the mission had concerns about reports of pneumonia in the tightly controlled energy-rich country.

Smallwood advised the Turkmen government to activate “critical public-health measures in Turkmenistan, as if COVID-19 was circulating.”

Religious authorities in Kazakhstan, Kyrgyzstan, Tajikistan, and Uzbekistan said earlier that because of the deadly virus no mass prayers at mosques, other public events will be held during one of the most important Islamic holidays, Eid al-Adha, that is marked on August 1-2 this year.

In Turkmenistan, authorities have ordered people to stay home during the holiday “to avoid the dangerous effects of dust.”

With reporting by By RFE/RL’s Kazakh, Kyrgyz, Tajik, Turkmen, and Uzbek, services