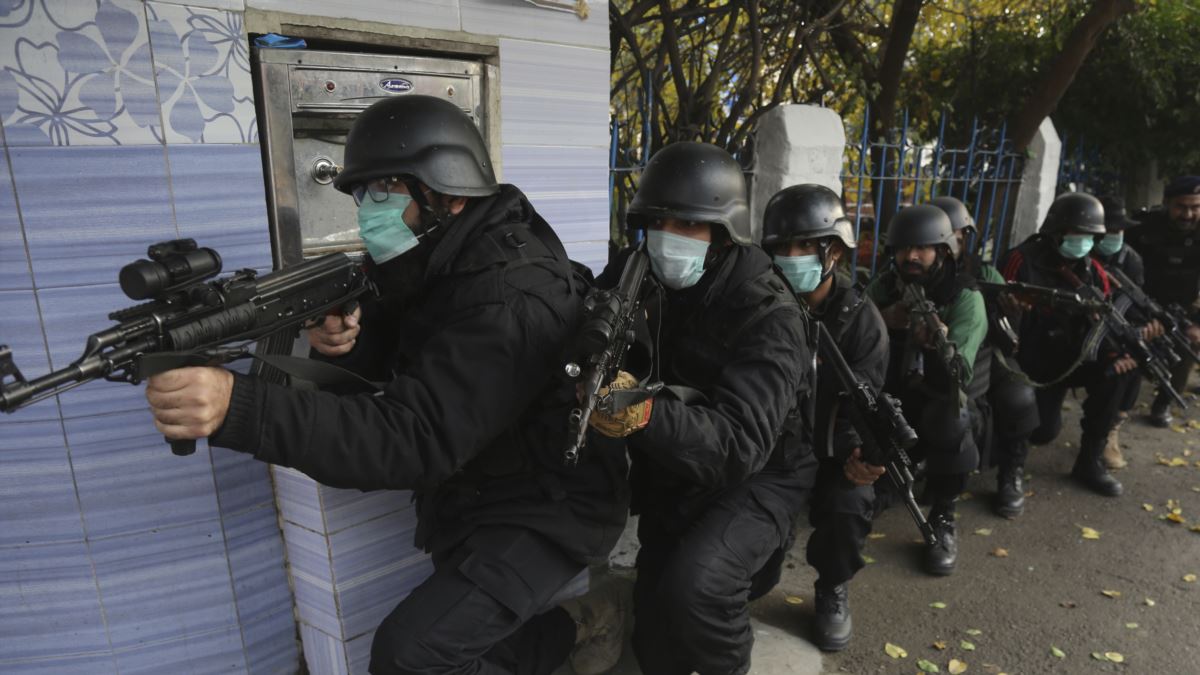 Police say five Pakistani counterterrorism commandos and two suspected militants were killed in a raid on a militant hideout in northwestern Pakistan.

Police spokesman Imtiaz Khan said an hours-long firefight erupted early on July 28 when the commandos from the Counterterrorism Department tried to raid a house in the Chilas district, 460 kilometers north of Peshawar, the capital of Khyber Pakhtunkhwa Province, which borders Afghanistan.

Along with the two militants killed, a cache of weapons and explosives was recovered, Khan said.

It was not immediately clear which militant group was involved in the firefight. The Pakistani Taliban — the Tehreek-e Taliban Pakistan (TTP) — is active in the area.

A UN report released last week said that more than 6,000 Pakistani militants were hiding in neighboring Afghanistan, the majority of them from the TTP, which has also aligned with the Islamic State (IS) group based in Afghanistan.

The report said the TTP and the IS affiliate pose a serious threat to both Pakistan and Afghanistan.

TTP in 2018 set fire to 14 schools for girls in the area; police arrested more than 35 militants suspected of involvement in the attack.

Based on reporting by AP and Geo.tv