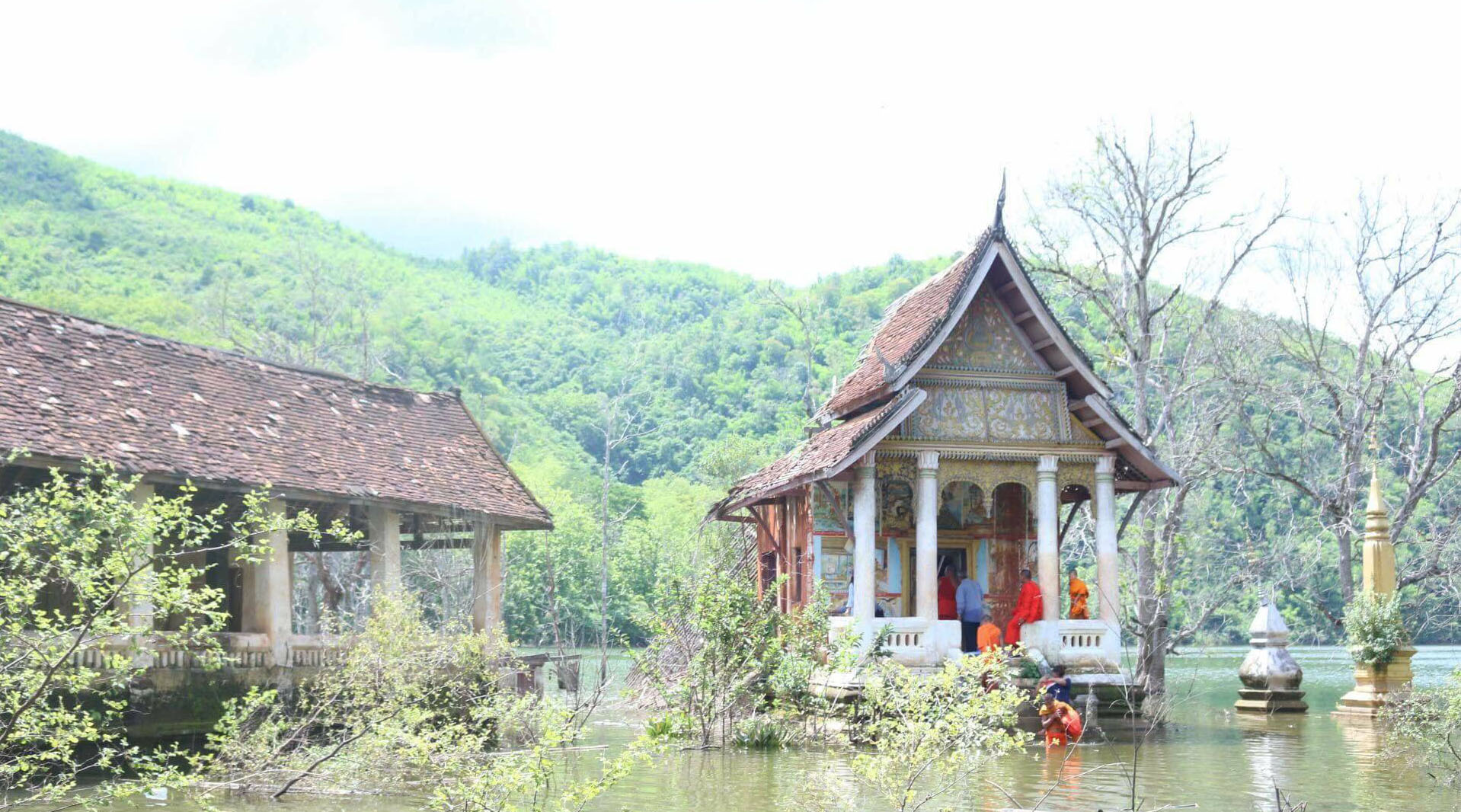 More than 600 families displaced by the construction of two dams in a northern Lao province five years ago are still waiting for land on which to farm and permanently settle, and are calling on authorities for help, Lao sources say.

The villagers, moved from their land in Luang Prabang province’s Xieng-Ngeun district to make way for the China-backed Nam Khan 2 and Nam Khan 3 dams, were moved to temporary camps between 2016 and 2018 and have struggled since then to make a living, villagers told RFA’s Lao Service.

Despite official promises, no land for a permanent settlement has been allocated yet, and villagers who formerly farmed and raised cattle now walk back each day to unflooded areas near their old homes 10 km. away to garden and plant crops, one villager said on July 27.

“Yes, we go back to do farming in our old village,” the source said, speaking on condition of anonymity. “We were not given enough land here on which to farm, and anyway it’s not comfortable to farm in a place that’s not our home.” “This is just the place where we have to live,” he said.

Compensation paid for lost orchards and vegetable plots has also been inadequate, the villager added.

A second villager said that provincial authorities had previously come to collect information on how villagers would be affected by construction of the dams, but that no one has contacted displaced residents since then to let them know how much land they will be given, or when it will be assigned.

“They said they would let affected villagers know. We will wait to hear no matter how long it takes,” he added.

Land has already been allotted to about 100 of the families originally moved to make way for construction of the dams, an official from Luang Prabang’s environmental department told RFA this week.

“We had asked for a budget from the owners of the dams, and they gave us about 2 to 3 hectares for each family, but we still don’t have any land for some families,” he said, adding that land suitable for farming by the 600 families remaining is hard to find in the province’s mountainous areas.

The 126-megawatt Nam Khan 2 and 130 megawatt Nam Khan 3 dams went into operation in 2016 and were built by China’s Sinohydro Corporation. They were funded by a Lao investment of U.S. $350 million and an interest-free Chinese government loan of $308.5 million.

Impoverished and underdeveloped Laos has built dozens of hydropower dams on the Mekong and its tributaries in its quest to become “the battery of Southeast Asia,” exporting the electricity they generate to other countries in the region.

Although the Lao government sees hydropower exports as a way to boost the country’s economy, even before the July 2018 disaster the projects had become controversial because of their environmental impact, displacement of villagers, and questionable financial arrangements.