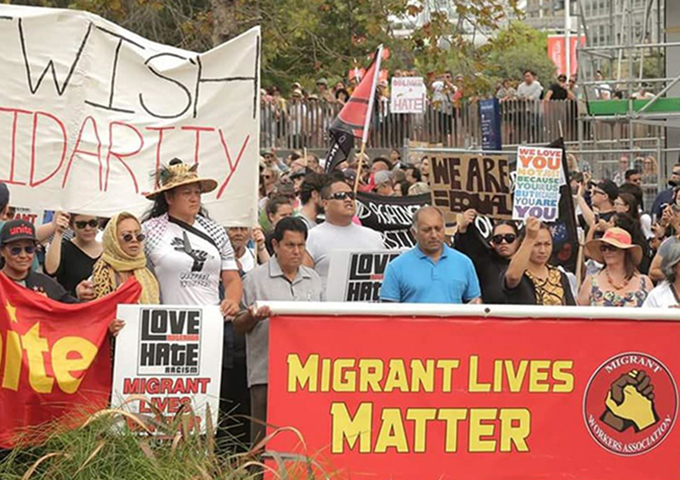 Unite Union national director Mike Treen has welcomed the changes made by the New Zealand government in a $50 million reform package to combat migrant worker exploitation.

“It will make it easiest for individual workers to access the support they need to make complaints, get support and change employers if necessary,” Treen said today.

New Zealand had created a system that “creates exploitation again and again” over the years.

READ MORE: New visa will give more protection to migrant workers in NZ

That system had used the “desire of residency” to:

“They also obviously have jobs that in any reasonable world would be considered “essential workers.

“They are working in health care, on our farms, in our schools. They continue to fill critical roles in our society.

“Employers want these workers to stay.

“Now many of these workers are classified as ‘ordinarily resident’ New Zealanders by the outgoing Minister of Immigration Iain lees-Galloway.”

“In my view, these ‘ordinarily resident’ New Zealanders would have been allowed to become citizens in any fair immigration system and not exploited by the system in the way they have. They deserve to be treated the same as any other citizen,” Treen said.

“Every migrant worker who is currently an ‘ordinarily resident’ New Zealander should be fast-tracked to residency and taken off any visa that ties them to a particular employer.

“The ‘system’ of migrant exploitation and indentured servitude has to be abolished.

“New Zealand will not be able to bring in temporary workers or students in significant numbers for at least four or five years while this pandemic circles the globe.

“We have a chance to get rid of a system that depends on a permanent presence of hundreds of thousands of ‘temporary’ visa holders with no hope of transitioning to residency once and for all.

“This is a chance in a generation to do the right thing to those who have been so cruelly exploited and abused by the state who created this pool of labour in a desperate and vulnerable situation able to taken advantage of by unscrupulous employers.”