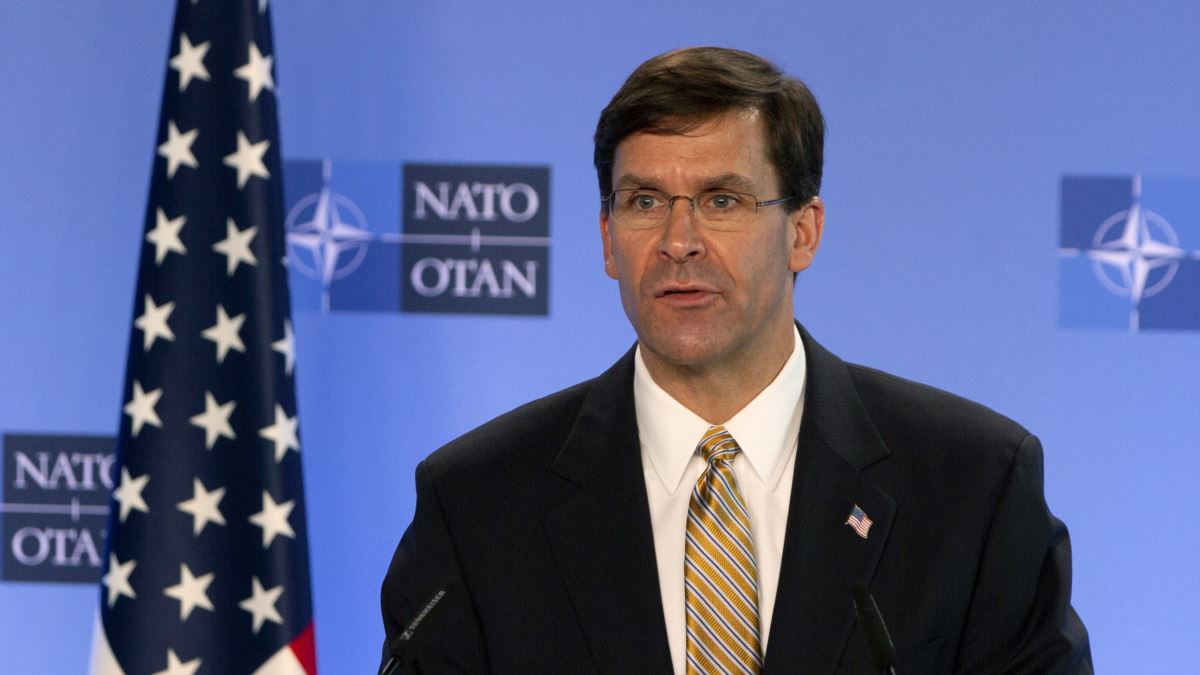 WASHINGTON — The United States will move almost 12,000 troops out of Germany, relocating some of them to Belgium and Italy, in a strategic shift the Pentagon says will help deter Russia.

Of the 34,500 U.S. military personnel stationed in Germany, some 6,400 will be sent home, while nearly 5,600 will be repositioned to other NATO countries.

U.S. President Donald Trump in June announced plans to accelerate a repositioning of troops from Germany, a longtime hub for U.S. military operations in the Middle East, Africa, and Europe.

The decision came as Trump repeatedly criticized Europe’s richest country for failing to meet its NATO commitment to spend 2 percent of economic output on defense.

Trump’s announcement came as a surprise to the German government, suggesting there was a lack of coordination with a key NATO ally.

Esper said the scattered U.S. troop presence in Germany will be consolidated at other locations in Europe, including at NATO bases in Belgium and Italy.

Repositioning air assets to Italy will move them closer to the Black Sea region, while moving U.S. command structures to Belgium will help improve coordination with the NATO command, Esper said.

The troop relocation out of Germany is tied to an agreement announced last year to move more than 1,000 U.S. troops to Poland.

Esper said some troops could also go to the Baltic states.

“We are moving forces out of Central Europe, Germany, where they had been since the Cold War.… We are following in many ways the boundary east, where our newest allies are” in the Black Sea region, Poland, and the Baltics, Esper said, addressing larger questions of strategy.

Even as about 6,400 troops will return to the United States, Esper said these units or similar ones will conduct continuous rotational deployments in Europe in the Black Sea region to enhance deterrence and reassure allies along NATO’s southeastern flank.

Esper did not provide a timeline for the troop repositioning but said some changes could happen within weeks, while others will take more time.

There has been some resistance in the U.S. Congress against any troop withdrawals from Germany, even from some Republicans who say the move would be a gift to Russia and a threat to U.S. national security.

It’s also unclear whether the Trump administration’s plan will survive if the president is not reelected in November.

Earlier this month, the premiers of four German states housing U.S. bases urged members of Congress to block the withdrawal plans. The letter said that U.S. forces in Germany — with their bases, military hospitals, and other infrastructure — form “the backbone of the U.S. presence in Europe and NATO’s ability to act.”