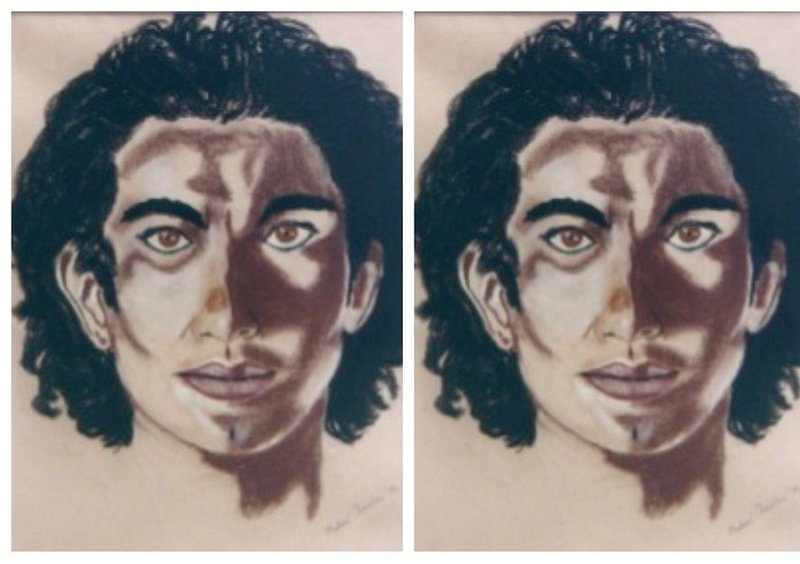 Until recently, few Scots who stood under the long shadow of Edinburgh’s Melville Monument, walked down its Dundas Street, or sauntered along its Melville Drive; or Canadians who walked down Toronto’s Dundas Street and gathered in Dundas Square, or residents of Dundas, Ontario, knew or cared that Henry Dundas (1742-1811), first Viscount Melville, was Home Secretary from 1791 to 1794, Minister for War and Colonies from 1794 to 1801 and First Lord of the Admiralty from 1804 to 1805.

Over the last few months, though, Dundas has been politically exhumed on both sides of the Atlantic. As protesters across the world insist that the UK re-examine its colonial history, this shadowy figure whose name is written across our cities has become a focus for debate.

One of Dundas’ descendants has threatened to take legal action against the City of Edinburgh Council if it goes ahead with a planned plaque on the Melville monument criticising his notable ancestor.

Was Dundas a corrupt scoundrel who deserved both his impeachment in 1806 and his nicknames, ‘The Great Tyrant’ and ‘The Uncrowned King of Scotland’? Was he responsible for cynically delaying the abolition of slavery? Or was he a pragmatic abolitionist, whose intervention in one of the most important debates in British parliamentary history rescued abolition from certain defeat?

For a historian of slavery and abolition in the Caribbean, these questions are fairly easy to answer. At the turn of the eighteenth and nineteenth centuries, faced with the epoch-defining choice to either align Great Britain with freedom or slavery, Prime Minister William Pitt the Younger and his ministers unequivocally chose slavery. As his Secretary of State for War and the Colonies, Dundas prioritised seizing France’s Caribbean slaveholding empire “with the view of enlarging our national wealth and security”. Gaining control of the French colony of Saint Domingue, the most profitable slaveholding colony of the age, was his central aim. Between 1793 and 1798, across the Caribbean, 40,000 British troops, most of them sent there by Dundas, died or were incapacitated in a bloody struggle to expand the frontiers of British slavery. What stopped Pitt and his government in Saint Domingue was not their own misgivings, or abolitionists in parliament, or the French, or the British public… but enslaved rebels in Saint Domingue, the British empire’s Vietnam.

Dundas had nothing to do with the eventual success of slave trade abolition. Britain slunk out of Saint Domingue in defeat as Napoleon rose to power in 1798-99. Napoleon reimposed slavery across the empire in 1802, but he too was unable to defeat the rebels. In 1804, Saint Domingue became independent from France as Haiti, the second independent state in the Americas. With France financially devastated by the war, Napoleon sold the Louisiana Territory to the US. Haitian independence (which the UK did not recognise), the Louisiana Purchase and the end of the Pitt era in Parliament are the backdrop to the law for the abolition of the slave trade, which passed in 1807.

A portrait of Julian Fédon

In 1795, MPs accused Dundas of allowing British forces to commit atrocities against the Jamaican Maroons of Trelawney Town, a free black community with whom Britain had signed a treaty in 1740. Parliamentary critics presented evidence that the British had used dogs to hunt the Maroons down. In response to criticisms in Parliament and claims that the Maroons had not, contrary to the claims of Jamaican slave owners, violated the terms of the treaty, Dundas defended these actions, stating that “The Maroons had been treated with humanity and attention.”

Meanwhile, in Grenada, Dundas’s forces brutally suppressed an abolitionist uprising that lasted for eighteen months from 1795-96, led by enslaved people and a free man of colour named Julien Fédon. Not far away lay St. Vincent, the main island in the modern-day multi-island state of St. Vincent and the Grenadines. This island is the homeland (yurumei) of the Garifuna, an Afro-indigenous people descended from African fugitives from enslavement and the indigenous people for whom the Caribbean region was misnamed. The British referred to them, pejoratively, as the ‘Black Caribs,’ implying that they were not really indigenous people because they had visible African ancestry. Britain had seized St. Vincent from France in 1763, part of the empire’s expansionist vision for slavery and sugar production – however, the Garifuna controlled about half of the island.

In 1795, after decades of trying to get the Garifuna to sell their land and fomenting conflict as a pretext to send in troops to drive them off, the imperial government was fed up. Dundas threw the might of Britain’s military forces against a combined French and Garifuna force for control of the island. In 1796, the French surrendered. British forces hunted down indigenous Vincentians across the island, massacring entire villages and destroying Garifuna autonomy. The colonial government ordered the transportation of thousands of indigenous Vincentians to nearby Balliceaux Island, where British forces held 4,476 Garifunas prisoners for months. Half of the prisoners died and the survivors were then exiled to Central America. The word ‘genocide’ was not available in the eighteenth century but Dundas’s policy in St. Vincent between 1795 and 1797 was a shocking and, even by the low standards of amoral political pragmatism, completely unnecessary orgy of violence and racial hatred.

Apologists for Dundas point to his role as an advocate representing an Afro-Jamaican man, Joseph Knight, in his freedom suit in Scotland in the 1770s, as evidence of Dundas’ abolitionism. The case led to a 1778 ruling, similar to the more famous decision in the 1772 case of enslaved man James Somersett, in which an English judge ruled that there was no positive law in England that could empower a slave owner to force an enslaved person back to a slaveholding jurisdiction.

Since the 1750s, enslaved people in Britain like Knight and Somersett, as well as Black and white abolitionists, had challenged slaveholding in metropolitan Britain.

However, the Knight decision had no direct impact on the Atlantic slave trade or slavery in any legal jurisdiction besides Scotland. It was entirely possible to oppose holding people in slavery in Great Britain while supporting both slave trafficking and slavery elsewhere in the empire. Then as now, lawyers’ arguments in court cannot simply be taken as evidence of their own personal beliefs.

Much of the debate about Dundas is narrowly focused on the 1792 parliamentary slave trade abolition debate, when he inserted the word ‘gradual’ into William Wilberforce’s abolition bill, which passed in the House of Commons. Quite predictably, this bill died in the House of Lords. Some of his defenders have pointed out that, during the 1792 debate, he also made recommendations on how to improve conditions for enslaved people. However, these essentially echoed the goals of the 1788 Consolidated Slave Law, passed by the slaveowner-controlled Jamaican House of Assembly, which were meant to preserve slavery, not abolish it.

He proposed a date for abolition eight years in the future – an eternity in politics even in the eighteenth century – which was amended by other MPs to 1796. In 1796, he spoke against immediate abolition as politically inconvenient in the context of the British war against emancipation, racial equality and democracy in France and the Caribbean. Abolitionists certainly did not see Dundas as one of them; in 1806 abolitionist Charles James Fox described Dundas as the man “who took a lead in constantly opposing our attempts at a total and immediate abolition” even though he knew the trade “to be adverse to policy, humanity, and justice.”

Far from contributing to the slave trade’s abolition, Dundas’s ‘gradual abolition’ resulted in an immediate, devastating and unprecedented escalation of transatlantic human trafficking. The period from 1793-1807, after Parliament agreed to ‘gradual’ abolition’, witnessed the most consistently high volume of Africans transported to the British Caribbean in the entire history of the slave trade (574,370, or an average of 38,391 per year). 295,017 of those people were transported when Dundas was colonial secretary from 1794-1801.

Sound historical analysis cannot just take historical figures at their word. An individual’s historical relevance is also about their actions, and the reasonably foreseeable consequences of those actions. The supposed intentions of a historical figure like Dundas, dead for more than 200 years, are rarely knowable after the fact. It is irresponsible revisionism for certain historians to assert, on the basis of no sound evidence, that, had it not been for the unfortunate business of the war with France, Dundas would have supported abolition. We can never know whether or not that might have been true; to pursue counterfactualism as truth is to enter the realm of “alternative facts”.

These kinds of superficial arguments suggest a selective reading of complex historical materials. Such claims, when they appear in newspapers, unsupported by actual evidence, do disservice to the intelligence of the public and exploit the presumed ignorance of ordinary people, most of whom are not taught this history and would not themselves always have the factual basis of such problematic analysis. Even worse, however, is the fact that modern arguments in favour of the necessity of Pitt’s efforts to expand Britain’s slaveholding empire in order to undermine France echo the recent statement by US senator Tom Cotton, who described slavery in his country as a “necessary evil”.

It is very clear that every one of Dundas’ interventions into the abolition debate, and his policies as Minister for War and Colonies, served immediately to buttress the influence of slave owners and slave traders and commit Great Britain even more deeply to slavery. In a recent public event, Diana Paton, William Robertson Professor of History at the University of Edinburgh, accurately summed up the debate among serious scholars of the slave trade about whether or not Dundas was an abolitionist by stating emphatically that there is no such debate. No scholar who is really committed to this subject thinks Dundas was an abolitionist. The weight of the evidence – that Dundas was a man dedicated to a vision of empire built on the mass enslavement of Black people and the mass slaughter of Indigenous Americans – is overwhelming.

To be Black or Indigenous in North America and Europe is to live in the built environment of white supremacy, the physical embodiment of the apocalypse of colonisation and slavery. Every day we move through streetscapes, pass under the shadow of monuments, learn in buildings and live in towns named for the architects of the structural forms of violence that continue to shape Black and Indigenous lives, limit our choices, destroy our health and kill our children. These men were celebrated not in spite of the fact that they were white supremacists and, in some cases, mass murderers… but because of it.

Will it undo the past of Indigenous genocide and Black enslavement if city officials in Toronto and Edinburgh publicly acknowledge Dundas’s role as one of British slave traffickers’ most powerful supporters? The answer, obviously, is no. But I would say, to those who think that what ‘matters’ is so straightforward, that my first ancestor in this hemisphere probably came over in the hold of a slave ship, likely to Barbados, where I was born. I am a historian by profession. I have spent countless hours in the archives of the British empire. Even with all of my training, I could go through the cargo lists of a thousand slave ships and see the name of my own first ancestor in the Americas… and I would never know I had read it. I can never find that name, it is lost to history, it is lost to me. I have men like Dundas to thank for that.

So, does the name of a street matter? Does the name Dundas matter? My answer is simple: change has to begin somewhere and names mean everything.