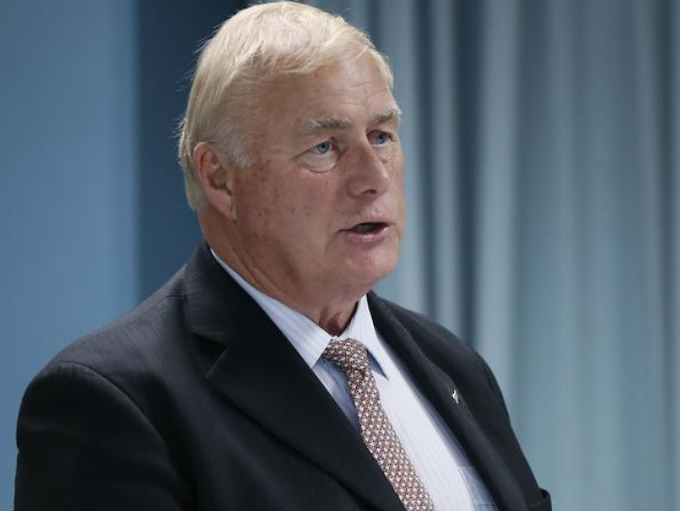 The former Minister of Defence has admitted he “completely forgot” about a report which stated civilian casualties were possible during Operation Burnham.

The Burnham Inquiry, led by Sir Terence Arnold and Sir Geoffrey Palmer, has found a child was killed during the operation in Afghanistan and at least seven men also died – three of whom have been identified as insurgents.

The two-year investigation found New Zealand Defence Force (NZDF) officials did not plot to cover-up the casualties from the operation in August 2010, as claimed in the book Hit and Run by investigative journalists Nicky Hager and Jon Stephenson.

READ MORE: An inquiry into the Hit and Run book claims essential

It did, however, find the Defence Force never corrected claims made to the public and ministers by its personnel that allegations of civilian casualties were “unfounded”, despite knowing it was possible.

But Dr Mapp continued to tell the public claims of civilian casualties were not true after receiving a briefing which said they were in September 2011, it said.

Dr Mapp told RNZ he likely forgot about the briefing because of the death of New Zealand soldier Leon Smith, which happened about the same time.

‘I had actually forgotten’
“I would never do an official information reply untruthfully, knowingly untruthfully. The reality is I actually had forgotten about the briefing,” Dr Mapp said.

Dr Mapp had a sketchy memory of receiving the briefing from retired SAS commander Colonel Jim Blackwell, he said.

“I should’ve at that time spoken to the Chief of Defence Force and to the Prime Minister’s office and I didn’t do that, so I never allowed the opportunity for a proper consideration of that briefing and so that was a failing on my part,” Dr Mapp said.

Dr Mapp has asked himself how he forgot about such crucial information “a huge amount of times” since, he said.

He would never intentionally issue misleading statements, he added.

Dr Mapp told Checkpoint for years he forgot about the 2011 briefing he received from Colonel Blackwell, and it was only during the circumstances of the 2019 inquiry that it came back to him.

“That was a major failing on my part.”

“Somehow it surfaced back into my memory that I could remember Colonel Blackwell sitting opposite me.

“None of us can ever remember when we forgot, by definition. I can only surmise it was the death of Corporal Leon Smith which occurred about two weeks after the [September 2011] briefing which somehow had the effect of removing it from my memory. That was a very traumatic thing.

Dr Mapp said it was unsatisfactory and he did fail the Defence Force.

“And I failed in fact my fellow colleagues and I guess ultimately I failed New Zealand, by not taking that briefing up immediately and then allowing a proper process to take place,” he told Checkpoint.

“I let New Zealanders down by not following the proper process and so in that sense I do apologise for that. I like to have thought of myself as someone who actually was across things, and in this instance I clearly failed.

“I’ve always been of the view that New Zealand as a nation owes compensation to the victims. I have always felt that we haven’t done enough as a nation to find out. Well now we have the report, we have more information. And I think is now incumbent upon the government now having got the report to do more for the villagers.”

Co-author Stephenson criticises ‘downplay’
One of the authors of Hit and Run is concerned inexcusable failures of the Defence Force are being downplayed.

Jon Stephenson said he felt vindicated by the findings of the Burnham Inquiry Report, but is worried its severity is not being fully conveyed.

“I’m concerned that they are being downplayed by the Defence Force, not only initially and throughout the inquiry, but even now it seems like the Attorney General is not really prepared to accept the extent to which the inquiry has condemned some of the actions of the Defence Force,” he said.

Stephenson had “serious doubts” about whether the Defence Force could change because of their record and their performance throughout the inquiry, he said.

Ardern promises quick implementation
Prime Minister Jacinda Ardern said the government would implement the recommended changes in the Burnham Inquiry report as quickly as possible and would proceed with them if re-elected.

“There are significant lessons to be learnt from the inquiry’s findings,” she said.

“There are findings here which we will be making sure we follow up on to give that extra layer of confidence in our Defence Force,” she said.

It was right to investigate the claims made in Hit and Run and the country would have a stronger system as a result, she added.