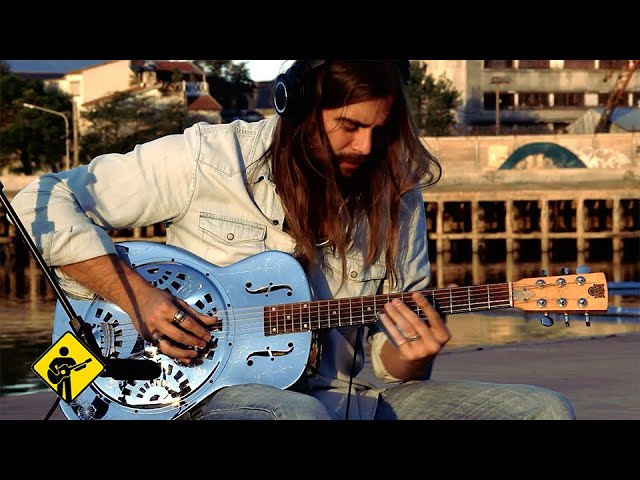 This song was written by Nico Bereciartúa who heard the melody on his guitar while recording his first album. “The melody is inspired by some of my favorite musicians such as Furrey Lewis, Blind Willie Johnson, and many others,” says Nico. “I wanted to use the dobro and the engineer suggested I use his webster Chicago wire recorder. That was the first magnetic recording technology until the tape took place. The one we used was from the 1940s and for the steel wire, we opened a brand new 1939 wire. When I had to come up with a name for the song I read about that technology and found out that some of them used Audion valves…I thought it was a very cool name for the song.”

Nico played this song for us and we then took it around the world, adding musicians in the USA, India, Italy, and Jerusalem. Enjoy and let the music take you to your happy place.