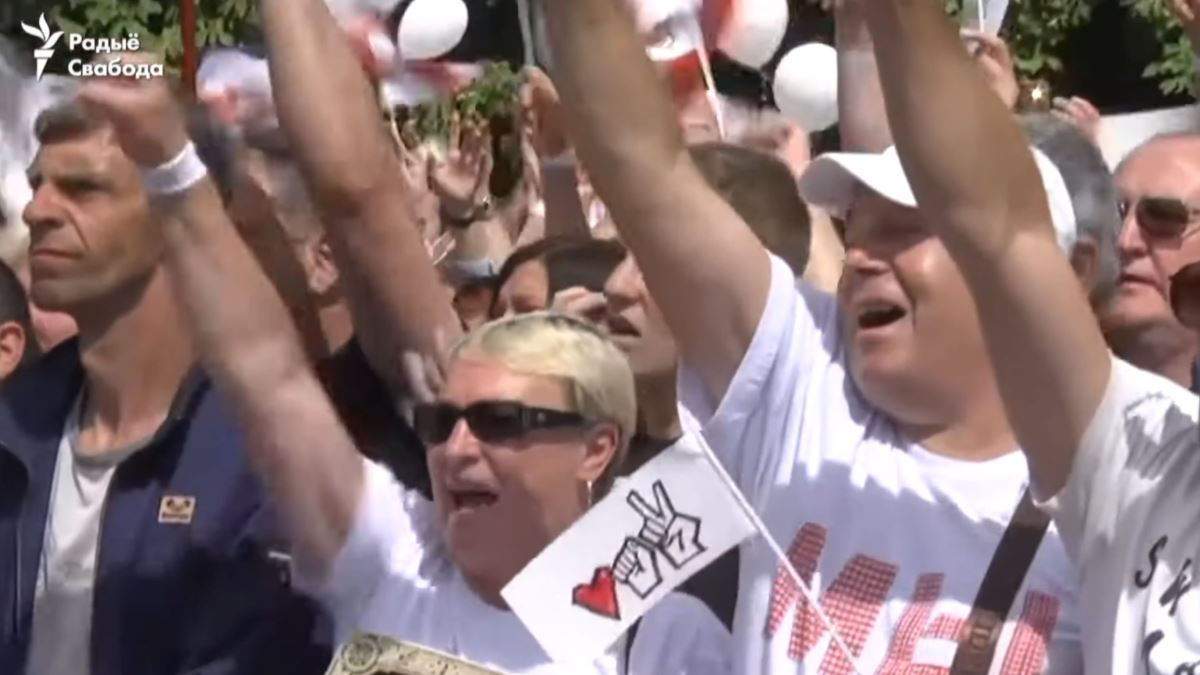 Thousands of people attended three rallies held by presidential candidate Svyatlana Tsikhanouskaya on August 1, including some 15,000 at an event in Hrodno. Her husband, vlogger and activist Syarhey Tsikhanouski, has been jailed and banned from running for president. “But it turned out that he has a wife who also wants changes,” Tsikhanouskaya told a cheering crowd. A 37-year-old former teacher, Tsikhanouskaya is backed by two other leading opposition candidates who have been disqualified. She has vowed to release political prisoners, limit presidential powers, and call for a new presidential election within six months if she wins on August 9. She and several other candidates are running to unseat President Alyaksandr Lukashenka, who is facing mounting public opposition after 26 years in power.