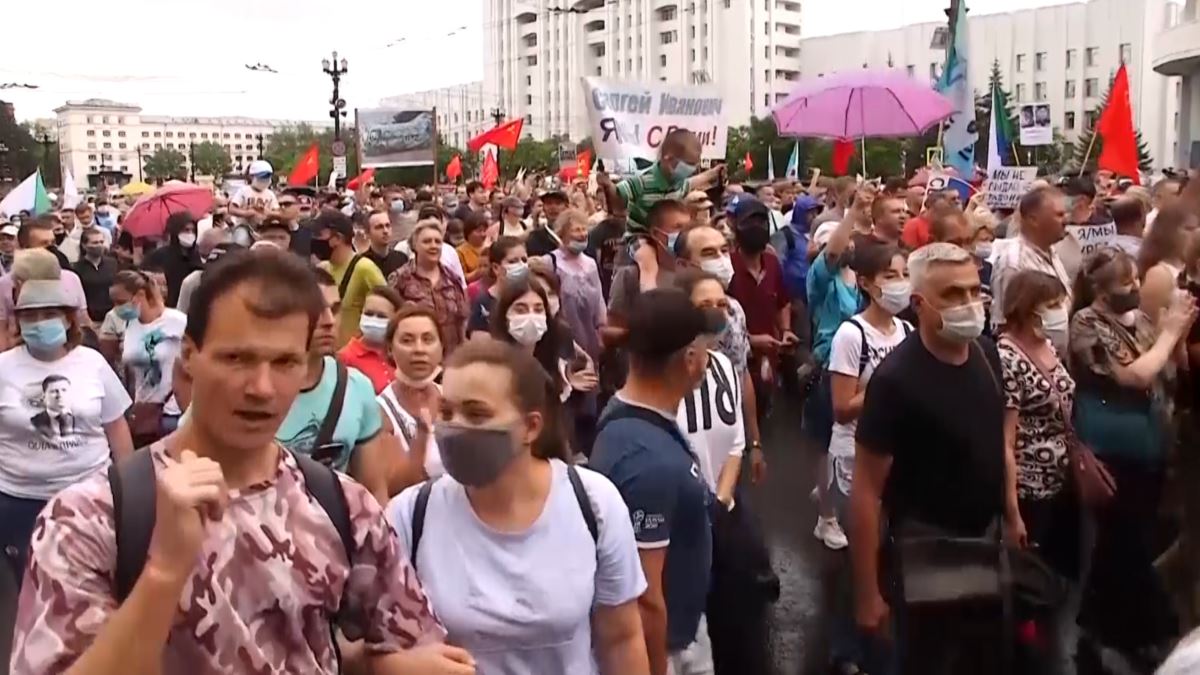 Thousands of people marched in Russia’s Far Eastern city of Khabarovsk on August 1 and then gathered for a rally in front of the headquarters of the regional administration. The protesters chanted such slogans such as, “We need the entire country’s support,” “Russia without Putin,” “Shame on the Russian media,” and mocked acting regional Governor Mikhail Degtyaryov, who was recently appointed by President Vladimir Putin. Daily protests – although largely ignored by state media — have persisted since popular Governor Sergei Furgal was arrested on July 9 and transferred to Moscow, pending trial on charges of attempted murder and ordering the killing of two local businessmen in 2004-5. Two years ago, Furgal unexpectedly won local elections against a Moscow-backed candidate, and his supporters see his arrest as a politically motivated show of force by the Kremlin.