The Alliance for Journalists’ Freedom (AJF) has called on the Malaysian government to desist its current investigation of Al Jazeera English as the current methods of investigation are an attack on free, independent journalism.

If the Malaysian government takes issue with Al Jazeera’s work – or any reporting – there were appropriate complaint mechanisms within a democracy to pursue this, the AJF said in a statement.

The government could complain to the network itself, demand a right of reply, publicly criticise (as had already been done) or go through domestic complaints processes.

To regard this report as an act of sedition or criminal defamation, however, without providing any supporting evidence, and to then send the police in to the AJE offices, was a misguided attack on Malaysia’s democracy, said the statement.

“Investigating the report as an act of sedition is absurd. As far as we can see there was and has been no attempt by these journalists to overthrow the government,” said Professor Peter Greste, AJF spokesperson and director.

“Most viewers saw a report that turned out to be critical of government policy. In a democracy, this can be the outcome of a free press.

“It is in the best interests of the entire region to maintain support of institutions fundamental to democracy. A free and independent media is one of these key institutions.

Journalism in public interest
“We see this mistake time and time again. There is a marked difference between acts of sedition and journalistic work in the public interest and that may be critical of government policy. To conflate them is simply dangerous.” 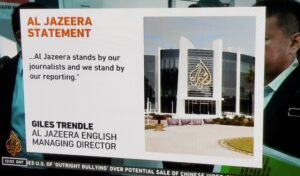 The Auckland-based Pacific Media Centre also condemned the latest raid on Al Jazeera’s Malaysian office, saying it was “unacceptable harassment and a violation of media freedom”.

The raid came after authorities in Malaysia announced they were investigating Al Jazeera for sedition, defamation and violation of the country’s Communications and Multimedia Act. 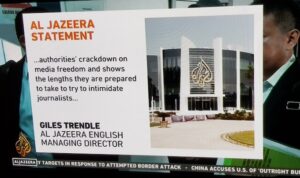 The probe relates to a 101 East programme that aired on July 3 and examined the Malaysian government’s treatment of undocumented migrant workers during the coronavirus pandemic.

Giles Trendle, managing director of Al Jazeera English, said the network was “gravely concerned” by the raid and called on the Malaysian government to cease its criminal investigation against the network’s journalists immediately.