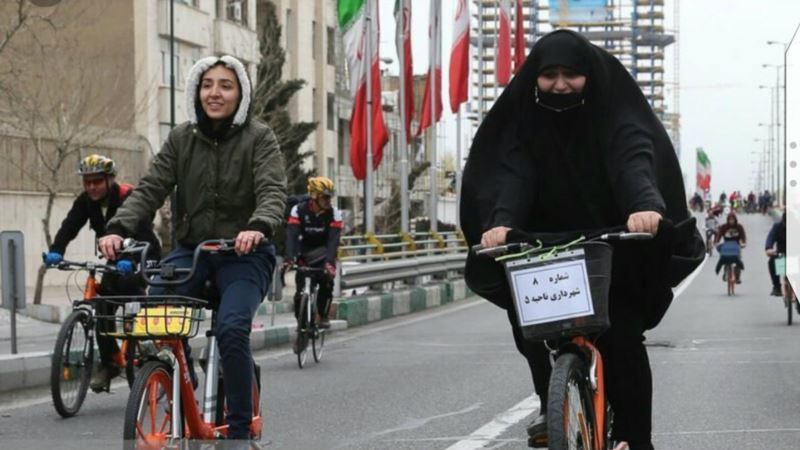 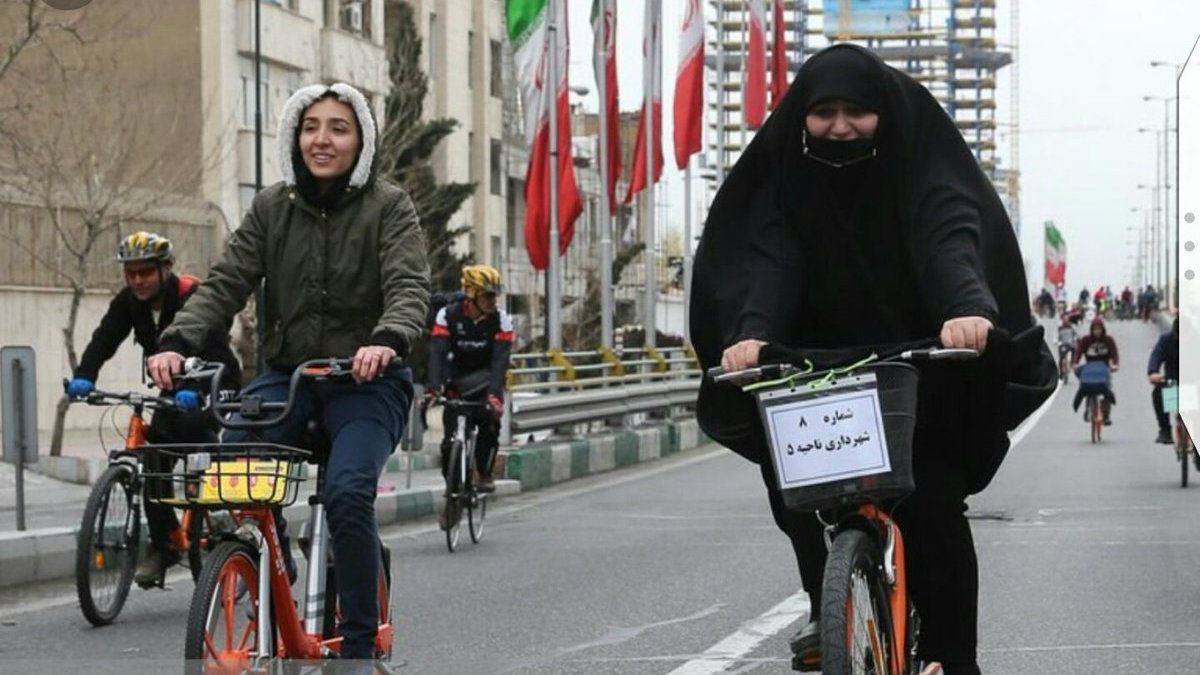 A ban on women’s cycling in public places in the northeastern Iranian province of Khorasan Razavi has come into effect following a decision by the province’s Islamic morality authority, the Headquarters for Promoting Virtue and Prohibiting Vice.

Mashhad, the provincial capital, is home to the shrine of the eighth imam of the Shi’a.

The city’s Friday Prayers ayatollah, Ahmad Alamolhoda, is known for his hard-line views, including his opposition to concerts and more freedoms for women. He has spoken against women’s cycling in the past.

The ban was announced on August 4 by Mehdi Roozbehaneh, the head of the province’s cycling board, who said the Headquarters for Promoting Virtue and Prohibiting Vice had obtained relevant permits for the ban. He did not provide details.

However, Roozbehaneh said the cycling board was working to remove the ban for women who observe the compulsory hijab rule that requires them to cover their hair and body in public.

Many women oppose the compulsory hijab rule and an increasing number of them have in recent years flouted the rule by wearing small scarves and short and tight coats.

“We are trying to ensure that women who observe their hijab and adhere to the norms given the religious nature of Mashhad will not face any problem regarding cycling,” Roozbehaneh was quoted as saying by Iranian media.

Roozbehaneh blamed the ban on women who had not fully respected the hijab rule while cycling.

“These restrictions were caused by people who, without properly respecting the hijab and while wearing garish clothing, had been cycling and attracting a lot of attention,” he said.

The ban comes days after reports in the Iranian media that some members of the cycling board of the city of Sabzevar, also located in Khorasan Razavi Province, resigned in protest at a decision by the city’s own Islamic morality authority to ban women from riding bikes.

In 2016, Supreme Leader Ayatollah Ali Khamenei said in a religious pronouncement — a fatwa — that women cycling in public was “haram,” or forbidden, but the fatwa was not strictly enforced.

In many cities, including Tehran, an increasing number of women have been riding bikes in recent years despite opposition by hard-liners.

In 2019, a judiciary spokesman said women’s cycling was not banned provided religious rules were respected.

Since the 1979 revolution and the creation of an Islamic republic, Iran’s clerical establishment has enforced Islamic laws that deny women equal rights in areas such as divorce and inheritance while also setting guidelines for their appearance and behavior in public.