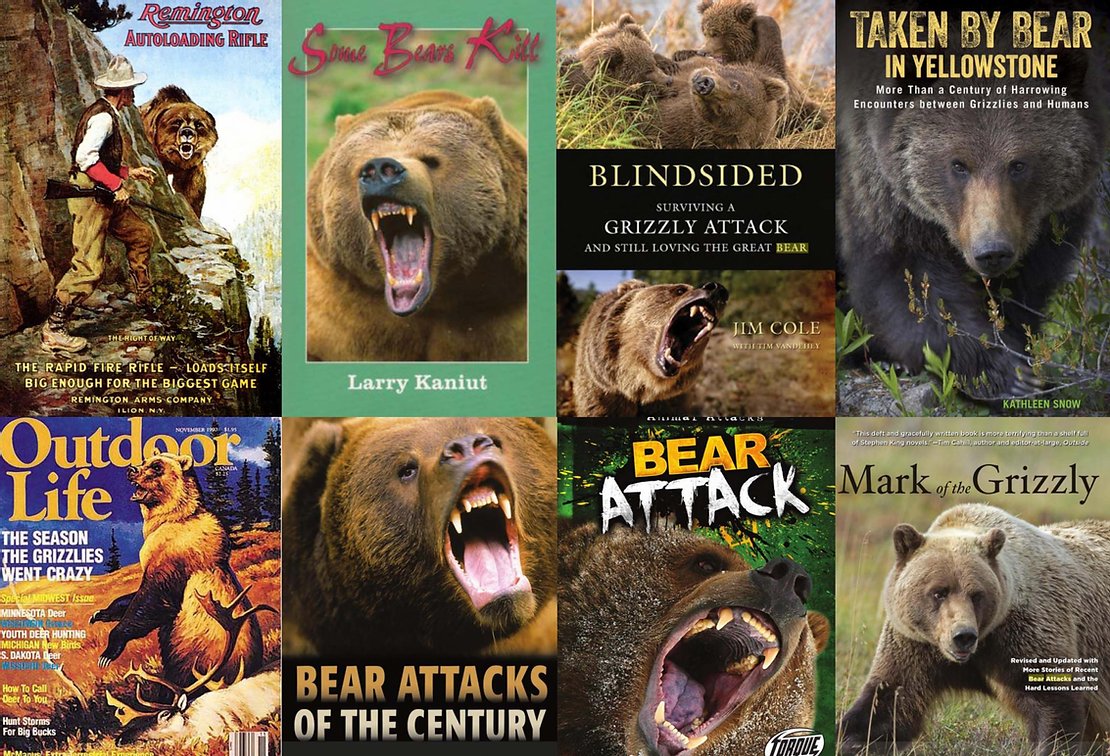 My Google Alerts inbox has been flooded during the last week by an article making the rounds among national and regional media outlets with a title that virtually screams “Official: 7 Grizzly Bear Attacks This Year.” More matter-of-factly, the article leads off with the observation that “Wildlife officials have documented seven grizzly bear encounters resulting in injuries so far this year in the three-state greater Yellowstone region…” The article was authored by Mike Koshmrl, a journalist from Jackson, Wyoming, and subsequently circulated by the Associated Press.

I’m not altogether sure what motivated this article other than the perhaps obvious fact that 7 human injuries prior to the end of July is indeed a record for the greater Yellowstone area. Even so, the article comports with the tired truism that “if it bleeds, it leads,” in the somewhat dubious tradition of a seemingly endless series of books with titles such as “Bear Attacks” (times three), “Bear Attacks of the Century,” “Mark of the Grizzly,” “Bear Attacks: The Deadly Truth,” “True Stories of Bear Attacks,” ad nauseam. Sensationalized stories about grizzly bears “attacking” people never seem to exhaust the interest of either journalists or the public.

The central problem with this genre of journalism is that, while it may indeed be “news,” readers are rarely provided with a useful and realistic orientation to both grizzly bears and the risks of recreating and living among them. As such, the question inevitably arises whether this sort of semi-torrid journalism serves the public interest—the standard by which the Fourth Estate is putatively judged—or whether it is simply about making money.

Leaving this troubling question aside for the moment, Mike Koshmrl’s recent article on “bear attacks” exhibits three seminal and persistent problems typical of its genre. For one, the reported incidents are not put in context of actual risk. For another, details relevant to understanding the reactions of involved bears are rarely provided, much less usefully interpreted. And, finally, the semantics are universally troubling and inflammatory. So taking each of these issues in turn…

I recently waded through all of the data I could find (some of which I collected myself) pertaining to risks incurred by people on foot while recreating or living among grizzly bears, including risks of having a close encounter with a grizzly, experiencing an aggressive reaction, and, worst of all, being injured as a result. I reported what I came up with in a recent publication entitled “Effects of Pedestrians on Grizzly Bears.”

Without being exhaustive, these are the key results:

The odds of someone on foot being charged during a close encounter with a grizzly bear are small, even under conditions where bears are likely to be more reactive. In more open habitats with lower grizzly bear population densities typical of interior North America, 6% of documented close encounters resulted in some form of aggression by the involved bear, although much of this result was driven by a single study area where food-conditioned bears were implicated. Without this study, the percent of close encounters typified by aggression dropped to 4.5%.

Under all other circumstances, odds of people experiencing an overtly aggressive response from a grizzly were essentially nil, notably in Scandinavia, and so small as to not warrant direct study in most coastal areas of North America where people are concentrated in predictable locations at predictable times. As an example, Larry Aumiller reported only 8 “intense charges” during 21 years of close interactions with grizzly bears concentrated at McNeil River Falls in Alaska.

The odds that someone on foot will be mauled during a close encounter with a free-ranging grizzly bear are likewise so small as to almost defy calculation. For example, in Scandinavia where researchers directly approached brown bears (the same species as our grizzly) on literally hundreds of occasions, overt aggression was never documented, much less an attack. The same more-or-less holds true for coastal study areas in North America centered on areas of concentrated human activity along or near salmon spawning streams.

The best estimates for odds of injury during a close encounter with a grizzly bear in interior regions of North America come from Glacier National Park and from amalgamating results from multiple studies elsewhere. In Glacier, only 6 of 1000 encounters resulted in human injury. Everywhere else, only 3 in 1000 did. Kerry Gunther estimated an even lower 1 in 200,000 chance of injury for backcountry campers in Yellowstone National Park, although he calculated these odds based on total number of registered overnight users rather than on a per encounter basis.

Even so, managers and backcountry users are often interested in knowing the odds that an aggressive reaction by a grizzly bear—rather than just simply a close encounter—will result in human injury, realizing that odds of an aggressive reaction are small in the first place. With that proviso, roughly 6-8% of aggressions resulted in injury to a person on foot in interior regions of North America outside of Glacier National Park. In Glacier Park that figure was around 6-14%, depending on how aggression was defined by investigators.

Otherwise, as with aggressive reactions in general, encountering a grizzly bear in areas used less intensively by people is more hazardous for those involved, presumably because these encounters are more often registered by the involved bears as unpredictable threatening events. For example, given a confrontation, injuries were nearly 10-times more likely off-trail and 4-times more likely on low-use trail compared to on high-use trails in Glacier National Park.

Or, putting all of this another way, as a person on foot you are more likely to experience aggression, be attacked, and be injured upon encountering a strange dog—or even a car on a street—than you are wandering around among grizzly bears.

So, what about the particulars relevant to understanding motivations of aggression from a grizzly bear? Adequate coverage of this topic would clearly fill a book—for example Steve Herrero’s seminal analysis of bear attacks in his book entitled…”Bear Attacks.” I also cover many of these particulars in the report I referenced earlier.

As a basic premise, though, there are three near-universal features of close encounters with grizzly bears that lead to aggression: (1) the bear is surprised at close quarters; (2) the bear is a female protecting her young; (3) the bear is guarding or perhaps appropriating food that it considers to be its own. The instances involving predation or maliciousness are a vanishing small minority of the total. None of this should surprise someone who has spent much time around grizzly bears, or animals of any sort for that matter—including parrots.

With these basics in mind, what about the grizzly bear-human encounters that resulted in injury this year—not just in the Yellowstone, but throughout the Northern Rockies? There have, in fact, been nine so far: 7 in Yellowstone and 2 in the Northern Continental Divide. And the pattern is strikingly consistent and clear.

In other words, all of the human injuries this year were the result of a bear defending itself against a perceived attack or proximal threat. What’s truly surprising is that all the involved people managed to escape alive and, with the notable exception of the mountain biker, sustaining only minor injuries. This is, as always, perhaps the most remarkable feature of incidents where a grizzly bear attacks a person. Grizzlies are powerful. I’ve seen a number of instances where a grizzly bear took down and killed full-grown moose and elk. Grizzlies are almost never out to kill a person. They are almost always defending themselves, their space, their offspring, or a prized food. And they almost always show remarkable restraint in the process.

Some Reflections on Personal History

I haven’t kept a tally of my own close encounters with grizzlies, including instances where most people would have said they were “attacked.” Several of these encounters arose from unintentionally surprising bears in daybeds. Several involved females with offspring. Shear good luck or benevolence on the part of the bear prevented me from being included at some point on the list of people injured by a grizzly.

But I’ve never carried a gun, nor have I wanted to. I’ve concluded that being safe around grizzly bears is, if anything, contingent on being emotionally grounded, aware of my surroundings, attuned to unfolding situations and–as always–carrying pepper spray for last ditch self-defense. But there are no guarantees, just as there are no guarantees when I get behind the wheel of a car and head out on the highway.

To be honest, I’ve known bears that ended up killing people. But each of these bears had a back story. Thanks to human negligence, one had become used to eating food from campgrounds and off of people’s back porches. Another had routinely obtained food from backcountry campsites. Yet another had been pushed beyond the limits of endurance by a photographer—at the end of an acutely stressful year that involved the loss of two cubs.

My main point is straight-forward. In all of my immediate personal experience, grizzly bears have been aggressive only to the extent they were trying to defend themselves against a perceived threat or, on very rare occasions, perhaps out of rage at being trapped, immobilized, anesthetized, man-handled, tattooed, collared, and released, minus a tooth, in a semi-somnolent and acutely vulnerable state. In other instances, bears have pushed boundaries, sometimes tragically, to see if there might be a food reward, often because of past experiences where food had been obtained.

None of these bears was malicious or aberrant. And in every instance, human choices and behaviors were major factors in determining whether interactions were benign…or not.

Returning to this year’s human injuries, what we seem to have had is a series of incidents where the involved people were, by all reasonable standards, actually attacking the involved bear. The victims were out minding their own business trying to make a living, trying to take a nap, or trying to insure their offspring survived cub-hood, only to be attacked out of the blue by a human. “Bear Defends Itself Against Attacking Human.” Or, at least, that’s how the incidents would have been reported in a media outlet run by grizzly bears serving a grizzly bear audience.

Without belaboring the point, language matters. Narratives matter, especially when tacitly constructing culpability and blame. And we humans seem to take full advantage of our ability to broadcast narratives of victimhood as suits the purpose, especially in our relations with animals that lack our capacity for language.

In fact, “attack” bespeaks motivation and even criminality. Media articles that report on crimes frame events in terms of attacks by perpetrators intent on harming victims. An “attack” by a grizzly bear—whatever the circumstance or motivation—thus becomes a criminal act regardless of whether the journalist intends it to be read as such.

The upshot of articles such as the recent one making its rounds in the media is that people end up with an increasingly distorted view of grizzly bears and of the risks of living with them. And, God knows, we don’t need more distortions of reality these days, nor do we need more journalists stoking people’s fear. What we do need is more evidence-based contextualized journalism that actually helps people navigate a complex world—a world that requires we become more rather than less tolerant of those who are different, or simply of a different and less semiotic species. A world that requires we look at ourselves, our choices, and our behaviors rather than demonizing whomever or whatever is handy to the purpose. 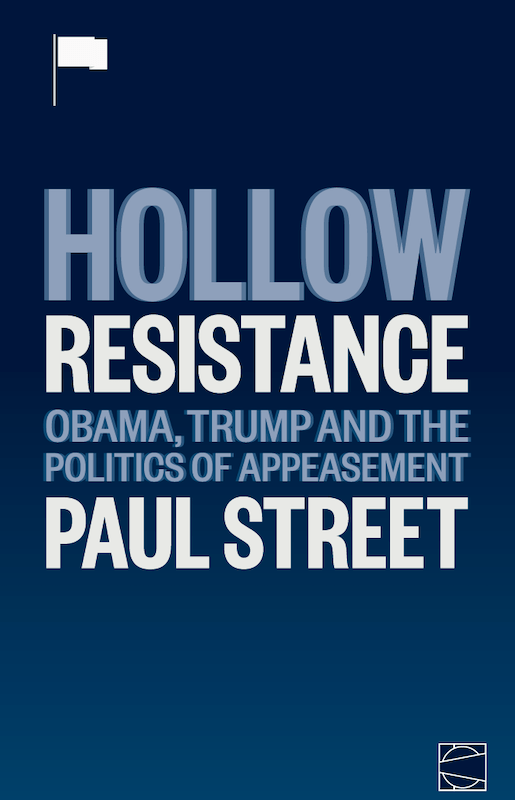