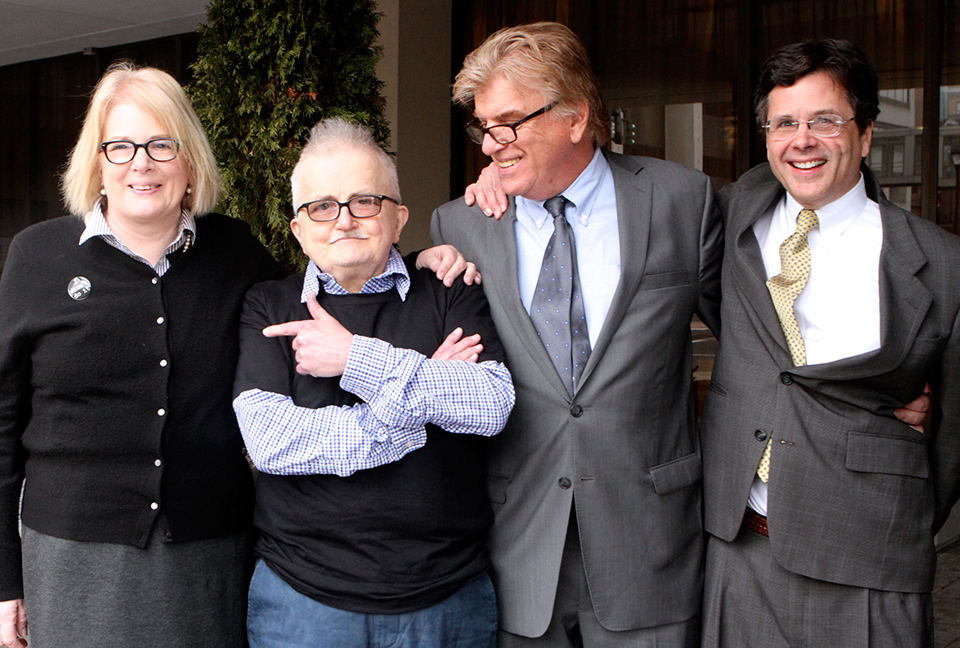 It is with deep sadness that the Innocence Project remembers Richard Lapointe who passed away on Tuesday from complications of COVID-19 in East Hartford, Connecticut, at the age of 74. To the Innocence Project’s knowledge, Lapointe is the first exoneree to pass away from the novel coronavirus.

Lapointe was wrongfully convicted of the 1989 murder, kidnapping and sexual assault of his wife’s grandmother after being coerced into falsely confessing to the crime. Lapointe, who had a congenital brain impairment that impacted him both mentally and physically, was questioned for nine and half hours by police. He was coerced into giving three differing confessions, none of which matched the facts of the crime scene and one of which said “if the evidence shows I was there and that I killed her, then I killed her, but I don’t remember being there.” He was  convicted in a capital trial but spared the death penalty and sentenced to life-plus-60 years in prison without parole.

Centurion worked for 15 years to free Lapointe, finding, in addition to coerced false confessions, the failure of the prosecution to disclose evidence (Brady violations), and prior ineffective assistance of counsel. Lapointe was finally exonerated in 2015, after the state acknowledged that DNA at the crime scene excluded him. Lapointe survived 26 years of wrongful imprisonment.

Paul Casteleiro, Esq., Centurion’s Legal Director, represented Lapointe, and said “Richard trusted the police who took full advantage of him knowing his disabilities made it impossible for him to have done it. In prison he was protected because all his fellow inmates knew he was innocent and vulnerable. If only the police had shown him the same compassion and understanding.”

Upon his release, Lapointe initially lived with a family, and then moved into a nursing home. After becoming ill with COVID-19, Lapointe eventually tested negative for the coronavirus, but he could not overcome the long-term mental and physical toll the virus took.

Urge Congress to protect, release, and support reentry of incarcerated people during the COVID-19 pandemic.

Lapointe’s passing is tragic, and is a reminder of why it is urgent that Congress act to protect incarcerated people in the next COVID-19 response package. The threat of COVID-19 to people in carceral settings nationwide is significant — from arrestees to exonerees — and Congress must protect, release, and support the reentry of incarcerated people during this life-threatening pandemic.