One of the greatest obstacles to greater distribution of wealth and power, and therefore to an equitable society, is control of – and controls on – speech and the media. Most films, television, newspapers, Internet suppliers and other mass media are in the hands of large corporations. Even social media are controlled by large corporations, despite the fact that they consist almost entirely of individual expression by billions of subscribers.

The result is propaganda, censorship and repression of facts and ideas that the ruling  elite consider a threat to their wealth and power. Control of speech and the media is why the American people do not see a serious discussion of a national health care system in the media, and remain the only major world power that does not have a one.  It is why minimum wage proposals encounter so much opposition despite being far short of a living wage. It is why privatization of the post office, schooling, Social Security and pretty much everything in public hands are treated as serious proposals in the media. Institutions that can be used to transfer wealth upward from the poor to the rich – including the media themselves– will receive serious consideration and support in the press. This is because the centers of wealth and power stand to become wealthier and more powerful through privatization. To them, the American people are nothing more than profit centers, to be milked and bilked in their millions for the sake of the powerful. Proposals to transfer wealth to those who need it will be ridiculed and called “unamerican”.

Do we hear all points of view? Do we get all the facts? Or do we get largely sanitized versions of news and information, and only token counter evidence and argument? Why do the media not question the more than 800 military bases and other installations around the globe, eating up more than half of our national budget, and providing little direct benefit to most Americans? To the extent that our media tell us anything, does it rise to the level of an explanation? Why are we considered the most dangerous global threat to peace, year after year? It’s not hard to understand if we learn, for example, that the U.S. makes alliances and provides money and arms to terrorist groups around the globe to overthrow legitimate governments, or that U.S. helicopters are burning Syrian wheat fields so that Syrian families will starve.

But we are not told such things, except to small audiences in social media. Even then, such reports are likely to be censored and accounts closed for “hate speech” and “violating community standards”. The most that many people are told is that “They hate us for our freedom.” The public may suspect that they are not being told the whole story, but what other information do they have?

The voices of Blacks and other marginalized communities suffer worse than others. They receive only token representation – invariably manipulative – in the mainstream media, and minuscule audiences even in the alternate media. Native Americans, upon whose land the rest of us are trespassing, have hardly any voice anywhere.

Let’s be honest. This is mind control. Controlling the information and even the entertainment that we receive is social engineering. It teaches us what we are supposed to accept as true and false, right and wrong, and how to think and act. Propagandists of the past could not dream of the power of today’s industry.

To take one of the simplest examples of corporate control, how did we lose broadcast television, which was entirely free and required no subscription or fees? How did we end up spending as much as hundreds of dollars per household per month for much the same of programming that we used to get without cost? And how did we voluntarily come to pay for providing the means for private companies and the government to instantly know what we are watching and when? Not only are we pouring money into the coffers of services that are indoctrinating us, but also allowing those services to spy on our personal habits. Of course, broadcast television was owned by essentially the same corporations that today own cable and satellite facilities, but at least it wasn’t taking as much of our dwindling income or selling data about our individual viewing habits.

This problem is only exacerbated by use of the latest in surveillance and information technology. The government inserts surveillance programming into a variety of apps that spy on an unlimited number of mobile phone users. But even without such apps, a many electronic devices track our locations and actions wherever we go and whatever we do, including use of credit cards, bridge and highway tolls, use of rental services, subscriptions, online web use, etc. These data are then sold to advertisers and marketers or anyone willing to buy the information.

We may consider such use harmless and even useful, to offer us products and services that the data show may be of interest to us.  But the U.S. government is also a consumer of such data – in fact, the biggest consumer. There are hardly any personal data that our government doesn’t purchase and store in the gargantuan Utah Data Center, an entire city built to store and process data for government intelligence services. To this they add confidential data gathered by U.S. government agencies, such as Customs and Border Protection, law enforcement agencies of all description, entrance to and exit from government buildings, etc., so that the entire life history and activities of every human being in the U.S. and an even larger number of foreign persons outside can be called up at a moment’s notice.

I’m not suggesting that we should eliminate data collection or cable and satellite TV. That really wouldn’t provide us with more public control or a wider range of news, information and entertainment. Nor would it improve access to Blacks, indigenous peoples and other marginalized communities. What we can do is to institute greater public controls and safeguards on media and data collection, and provide more disclosure to the public of when and how their data are collected. We must also provide more opportunity for the public, and especially marginalized communities, to be heard, and not merely to be an audience. 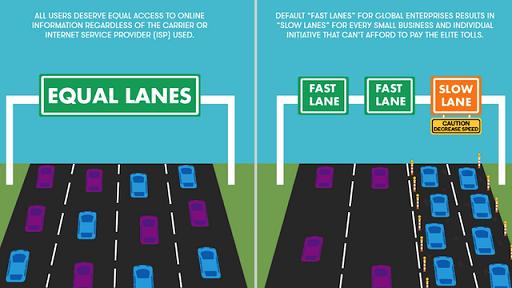 Here are examples (many borrowed from the 2016 Green Party platform) of measures that might help to diminish government and corporate control of the media, to protect the privacy of data, and provide greater control to the people:

The proposals in this article and the others in this series have been formulated as a set of demands designed to place economic, political and social decision-making power in the hands of the people, and especially the currently disenfranchised and marginalized. In doing so we should expect our culture to change accordingly, to one of popular empowerment and mutual respect.

Forthcoming installments will look at how environment protection, expansion of free public education, empowerment of labor snd a rethinking of immigration policy fit into this view of the transformation of our society.  Last, we will address the problem of policing.

Paul Larudee is one of the founders of the Free Gaza and Free Palestine Movements and an organizer in the International Solidarity Movement. Read other articles by Paul.

This article was posted on Sunday, August 9th, 2020 at 9:03am and is filed under Espionage/”Intelligence”, General, Privacy.