Greek graffiti (“Poor People to Arms”) in Theseion, near the Acropolis, 2018.

I am not an economist and I have a bad taste for money. No doubt Plato and Aristotle had something to do with my economic views.

Since childhood I have not paid much attention to money. However, since we live in a society, country, and world run by money, I had to adjust my dislikes to reality. I earned a salary for work, had to purchase a home, and must pay for my food, clothes, computer, etc.

Humans have always had to exchange goods. The Greeks invented the silver coin in the sixth century BCE. That innovation facilitated what has come to be known as economy, which at first meant the working out of just relations and costs and benefits of the household and, eventually, those of the polis (city state).

Without enough coins, a family could drop to poverty, destitution and slavery. A polis without silver would not be able to pay its troops to fight wars, build warships, government buildings, temples, or walls for national defense. So, millennia ago, money became extremely important.

Money could serve human needs and, it’s possible, it could alleviate poverty and build a just society. But money has never reached that level of virtue.

In the sixth century BCE Athens, the few nobles (oligarchs) who had the silver coins enslaved most of the peasants who could not pay back their meager borrowings. Athens avoided civil war because powerful citizens appointed Solon to resolve the conflict. Solon was a respected lawgiver. He abolished debts, mortgages, and slavery. He restored freedom and citizenship to the freed slaves, forbidding anyone from selling himself for debt. His reforms started the process of making the Athenian Constitution democratic.

Solon became a paradigm of admiration, but not imitation. Those who have most of the money, in the past and now, have been the few who rule — the oligarchs. They consolidate their rule with banks, plantations, corporations, and their control of religion and the government. To a great extent, oligarchs – billionaires in America — have not been interested in justice and fair economy, much less equality, the middle class, or democracy.

Oligarchs defend their theft and plunder of public wealth with wars at home and abroad. They suppress the poor of their countries by brutal police force and the brainwashing effects of commercial television. They are so successful in crushing the working class and middle class that millions of Americans, for example, repeatedly vote against their own interests. They simply can’t recognize the class oppressor under the repeated rhetoric of capitalism. They have the illusion that the wealth of the candidate seeking their vote will trickle down to them. Add to that the deception of religion and its manipulation by the Republicans and billionaires, and the hapless American supports his / her enemy.

Most Americans believe in the television propaganda / advertisement of those selling cars and other gadgets, telling them they must buy their products to achieve the American dream. In addition, commercial television all but eviscerates political messages on justice, inequality, and environmental protection and democracy, like those of the former presidential candidate Bernie Sanders.

Confused and desperate Americans, including the rich, voted for Donald Trump, a deranged oligarch with royal ambitions. Noam Chomsky, professor at the University of Arizona, said Trump and the Republican Party supporting him are terrible: Trump is by far the worst political leader ever and the Republican Party is the worst political party in history.

No doubt, Trump is a dangerous man with extensive record of disdain and cheating of workers. His denial of climate change and his evisceration of environmental and public health protection match and perhaps exceed the deleterious record of Ronald Reagan. That alone, his madness of presiding over the destruction of this country, makes him an enemy of America.

In addition, Trump’s contempt for the natural world and greed has influenced politicians the world over. Brazil, for example, is rapidly denuding the Amazon. The effects of such destruction are accelerating climate change with all its catastrophic consequences.

Oligarchs like Trump take advantage of America’s political system, bribing politicians and getting monopoly rights and state subsidies in gigantic but disease-ridden animal farms, large one-crop farms, military construction, chemicals, petroleum and other sectors of the domestic and international economy.

This economic construction has brought into being very large companies and billionaires unwilling to think and work for the public good.

American oligarchs know they control the country. Even during the past several months of the plague, they received by far most of the money designed to help unemployed people and closed businesses.

Oligarchs often fight covert wars against the oligarchs of other countries who compete for the same land, forests, mining, petroleum, gold and other financial assets in weak countries or the global commons.

The debt and punishment of Greece

An example of the devolving international money class is the war it fought against Greece. The conflict is of tremendous import because Greece is much more than a little country. This is a country that made our Western world. Greece is a cultural superpower.

In the second decade of the twenty-first century, Greece became the target of the international oligarchy because, like the Athenian peasants of the sixth century BCE, the Greeks could not pay back the money they borrowed from American and European banks. But instead of another Solon, the European Union and America’s International Monetary Fund conspired to crush the country: destroying its economy, selling off its valuable public property to foreign oligarchs, and nearly starving its population and, definitely, pushing the country to the edge of destitution and death.

The EU-IMF forced Greece to give up its national sovereignty, an unprecedented humiliation unlikely to ever be forgiven or forgotten.

In other words, the ruling oligarchy is thoroughly alien or inimical to the norms of civilization. They treated Greece like a piece of real estate rather than a civilization. And despite the material wealth and the diplomas from Oxford, Cambridge, Paris, Berlin, Chicago, Harvard and Yale, members of the EU-IMF consortium acted like crusaders, military occupiers, looters, and plunderers. They ignored history. They shamed Western civilization.

I observed this abominable occupation of Greece from the United States. I wrote articles denouncing the new crusaders. However, I could see the ruthlessness of these economists was not limited to Greece.

Obama overseeing the looting of America

American banks and corporations did the same thing to Americans unable to pay back their debts. They confiscated their homes and threw families and their possessions into the street.

This atrocious fact happened under the Obama administration. Millions of Americans elected the country’s first black president. The idea was to send a message to the world that past racism was over. At the same time, Americans thought that Obama, brought up in the midst of discrimination, would be sensitive to justice. That he would put an end to the money plague ruining America. That he would not allow millions of people to be thrown into the streets. That he would not bail out the very criminals who wrecked the economy.

Yet Obama turned out to be a defender of the Wall Street and its money plague. He bailed out the country’s largest banks, the very criminals responsible for millions of American home owners being made homeless.

The wisdom of a bootstrap economist

Manfred Max-Neef, a late Chilean economist who taught economics at Berkeley, spoke  with passion against the money plague and its economists and political culture encouraging their dangerous behavior. He is a bootstrap economist who has a tremendous respect for poor people and contempt for the economic rulers of the world.

He explained the alien nature of economics — in the twenty-first century: its divorce from history, ecosystems, biological diversity, and the nature of the natural world. He saw the United States as an “underdeveloped nation” wasting trillions in useless wars, a country at the center of thoughtless oligarchy cannibalizing the Earth.

He spoke in 2010. The economic meltdown of 2008 defined and darkened his understanding and engaging solutions:

“In poverty there is an enormous creativity. You cannot be an idiot if you want to survive. Every minute, you have to be thinking, what next? What do I know? What trick can I do here? What’s this and… that? And so, your creativity is constant. In addition… it’s combined… with networks of cooperation, mutual aid… and all sort of extraordinary things which you’ll no longer find in our dominant society, which is individualistic, greedy, egoistical, etc. It’s just the opposite of what you find there. And it’s sometimes so shocking that you may find people much happier in poverty than what you would find… in your own environment, which also means… that poverty is not just a question of money. It’s a much more complex thing….

“The more you have, the more greedy you become… And all this crisis is the product of greed. Greed is the dominant value today in the world. And as long as that persists, well, we are done.”

What about a solution? Can we get out of the money cave? Max-Neef’s manifesto includes the following principles:

He buttress his wisdom with his reverence for life. He says: “Nothing can be more important than life. And I say life, not human beings, because, for me, the center is the miracle of life in all its manifestations.”

Then Max-Neef turns to the United States denouncing the callousness and greed of its rulers responsible for fighting  perpetual wars and bringing about and encouraging the monster of obscene inequalities.

That thunderous class war, he says, is throwing millions out of their homes, with the destitute sleeping in their cars parked in front of their former homes. He warns of the day that millions of Americans march to the streets and start destroying everything. “That may perfectly happen… the situation is absolutely dramatic,” he says. 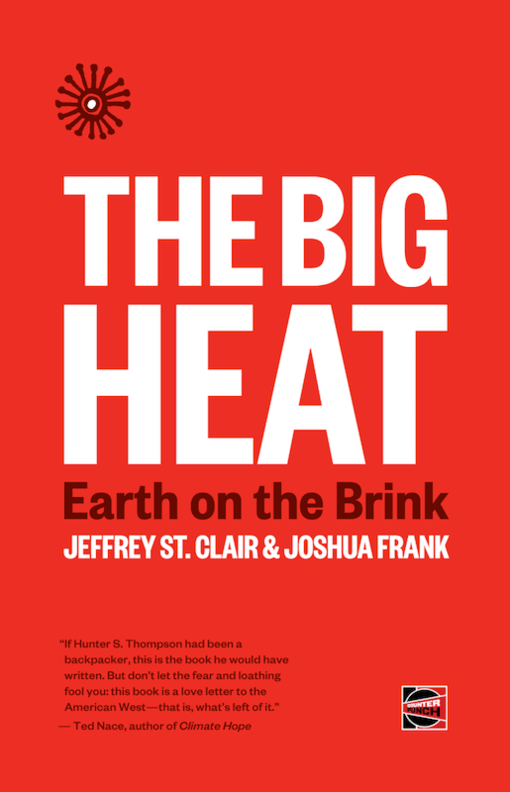