[This report does not carry the video or its links to protect the girl’s identity. Visuals may be distressing for some.]

The video is also circulating on Facebook with these claims. 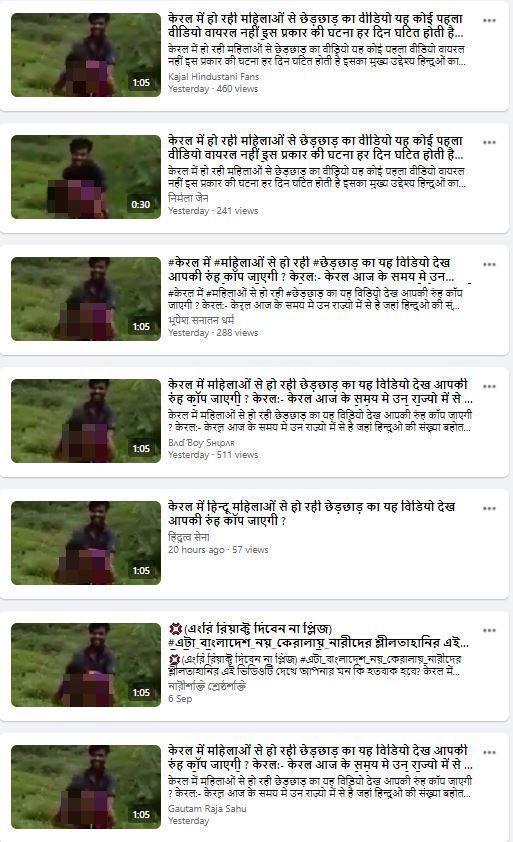 This report will address the following claims made on social media:

1. The video shows a recent incident from Kerala. It was religiously motivated.

2.  Hindus are a minority in the state.

While investigating the first claim, we found a quote-tweet by The News Minute journalist Dhanya Rajendran which said that the video represents an incident from Andhra Pradesh that took place three years ago.

#Factcheck– It is horrible that this happened to this woman. However, to tweet a COMPLETELY wrong information and to not blur her is also horrible. This incident happened in Andhra 3 years ago, and the police had swiftly arrested all three. FYI @parasguptaoff13 https://t.co/WGlxmvf3Tk

A subsequent keyword search led us to a video report by the Times of India dated September 26, 2017, which said that a minor girl was molested in Hyderabad. This had occurred in a town called Kanigiri in Prakasam district. According to the report, the victim was attacked by her boyfriend. He had encouraged his friend to film the whole thing. The accused believed that the girl had gotten involved in a new relationship. The sexual assault was act of revenge. A month after the incident, he uploaded the video on social media, following which the Andhra Pradesh police took action and arrested three individuals—the girl’s boyfriend and main accused B Sai, and his two friends Karthik and Pawan.

Several media outlets including News X, The Hindu and NDTV had published reports on the sexual assault. The video currently viral is not from Kerala but shows a three-year-old incident from Andhra Pradesh.

Are Hindus a minority in Kerala?

According to the 2011 census, Hindus make up 54.74% of Kerala’s population. Furthermore, 26.56% of the population comprises Muslims and 18.38% are Christians. Hindus enjoy a majority status in the state, unlike social media claims.