A Papua New Guinean businessman who caused the death of his girlfriend by punching her, forcing her to jump out of the car he was driving, has been jailed for 15 years.

Richard Namaliu, 28, of Vunapope village in Kokopo, East New Britain was convicted of manslaughter for causing the death of Ruby-Anne Laufa, a former Miss PNG queen, on February 11, 2017.

Justice Teresa Berrigan said it was yet another case in Papua New Guinea where a woman had died at the hands of a current or former boyfriend, someone she should have been able to trust.

“Women are an integral part of society,” Justice Berrigan said.

“They are entitled to be treated with respect and dignity. They have the same rights and privileges as men.

“They are entitled to fully participate in, and benefit from, the development of the country.

“This is only possible when women live free from fear of violence or death in their own homes or at the hands of their husbands, partners or boyfriends.”

Punched woman several times
The court was told that while travelling in a moving vehicle, Namaliu punched Laufa several times which caused her to jump out, resulting in her death.

Justice Berrigan called it an unprovoked and cowardly attack. 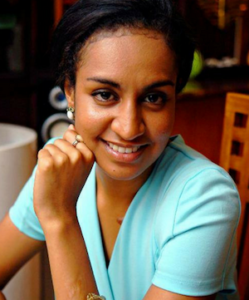 “The offender’s moral culpability is not diminished by the fact that the deceased jumped from the vehicle.

“It was the [his] conduct that drove the deceased to jump from the moving vehicle and caused her death,” she said.

“There was no means of escape available to the victim other than to jump from the car. Her last moments would have been spent in pain and fear.”

Laufa was just two days shy of her 25th birthday and was just beginning a career in law, having obtained a Bachelors of Law degree from the University of PNG in 2014.

As Miss PNG, she represented the country in 2013 at the Miss Pacific contest in Samoa where she was the runner-up.

Previously ‘good character’
Justice Berrigan considered in mitigation that Namaliu was a first time offender, previously of good character, and a businessmen who employs 13 people from various settlements in Port Moresby.

The court was also told that his companies supported charity work and his catering company provided meals to patients at the Port Moresby General Hospital every Christmas.

The court was also told that Namaliu and his family had apologised to Laufa’s family and offered compensation which was rejected.

Namaliu will be remanded at an isolation facility inside Bomana Prison for at least two weeks before being transferred to the main compound, subject to medical assessment.

The Pacific Media Centre republishes The National articles with permission.