Rosa Jimenez was seven months pregnant and terrified when she first stepped into the Travis County Correctional Complex. Her big belly hung on her 5’ 2” frame and she clutched a blanket, sheets, and a small box of essentials, as officers guided her toward the “tank” — a special section where new arrivals are detained and can be easily observed at all times through windows.

The women in the tank looked over to see if they recognized the newcomer. Ms. Jimenez didn’t know any of them, but they knew her from the news.

“They were screaming,” Ms. Jimenez remembered. “I could see their angry faces and their fingers pointing at me. I could see them saying something about me and in that moment, I knew I had to learn English to protect myself, to explain.”

Now fluent in English, Ms. Jimenez has been explaining herself — maintaining her innocence — for 18 years to countless reporters, lawyers, and fellow incarcerated people. And four judges have agreed that she’s likely innocent.

Last year, a United States District Court Judge for the Western District of Texas overturned her conviction and ordered that she be given a new trial or released by Feb. 25, 2020. But she remains in prison as Attorney General Ken Paxton appeals the ruling. In the meantime, Ms. Jimenez’s health is deteriorating. She has Stage 4 kidney disease, which puts her at great risk as the COVID-19 pandemic hits prisons across the country.

“I knew I had to learn English to protect myself…”

At the time of the judge’s ruling, doctors had told Ms. Jimenez that she would eventually need serious medical interventions. Since then, she has had to have dialysis treatment and will ultimately need a kidney transplant, which is virtually impossible to obtain while incarcerated.

For nearly two decades, Ms. Jimenez has been trapped in a nightmare she never could have imagined — incarcerated for the tragic accidental death of a child she loved like her own — with no definite end in sight.

“I do believe that if I was white and if I was not an immigrant, I would already be home a long time ago … after the first judge wrote the letter to the DA [saying that I am likely innocent],” Ms. Jimenez said. “But nothing has happened, because I’m not rich, I’m not white — I’m an immigrant, I’m nothing, I feel like I don’t have a voice.”

Ms. Jimenez was born in Ecatepec, a city just outside of Mexico City. The third of five children, she grew up poor and eventually moved to the U.S., hoping to build a better life and to help support her family. She fell in love and started her own family, and was pregnant with her second child, a boy, when the nightmare began.

In January 2003, Ms. Jimenez was preparing lunch for her 1-year-old daughter Brenda and 21-month-old Bryan Gutierrez, whom she regularly babysat, when the toddler approached her, grabbing at his own throat. She quickly realized the child was choking and tried to help. When that didn’t work, she ran to her neighbor for help.

When the paramedics arrived, they removed a wad of paper towels from the child’s airway and were able to resuscitate him. He was taken to the Children’s Hospital of Austin where he was placed on a ventilator.

Hours later, officers asked Ms. Jimenez if she would come to the station to answer questions about what had happened.

“That’s where everything started — in the interrogation room,” Ms. Jimenez recalled. The officer conducting the interrogation, Eric de los Santos, was allegedly bilingual. But Ms. Jimenez said he could hardly speak Spanish and that the Spanish he spoke was “Tex-Mex” — a mix of Spanish and English, sometimes called Spanglish, used in the Southwest, but not in Mexico.

Language barriers like this are a problem many Latinx people, both immigrants and citizens, face when they come into contact with law enforcement. Almost 30% of Hispanic people in the U.S. do not consider themselves proficient in English, according to a Pew Research poll, and this can make them uniquely vulnerable to wrongful convictions. At trial, interpreters are provided, but an interpreter is not constitutionally guaranteed during a law enforcement interrogation. Generally, if a translator is provided during an interrogation, the translator is an officer who, like Mr. de los Santos, happens to speak the language, not a trained interpreter.

“I couldn’t understand most of what he was saying”

Mr. de los Santos told Ms. Jimenez she could leave at any moment. But, thinking she was there to help the officers, Ms. Jimenez was determined to stay and make herself understood.

“I thought maybe I missed something, something that could help Bryan because he was still in the hospital then,” she said. She didn’t realize he was interrogating her as a suspect of child abuse.

“At first, he was playing like he wanted to be my friend … but then came a moment where he was all against me saying that he knew that I did it,” she said. “He kept asking me if I knew what he had choked on and I said no, I thought it was chocolate or something, but never in my entire life would I have thought it was paper towels.”

Then, she found out Child Protective Services had taken Brenda from her husband. She asked to see her daughter, who was still breast-feeding at the time and had never been away from her mother. A caseworker brought the child in, but only for a few minutes. Having grown up in Mexico where police corruption is widespread, Ms. Jimenez was distraught.

“I thought it would be the same — like what do you want me to say in order for me not to lose my kid?” she said. 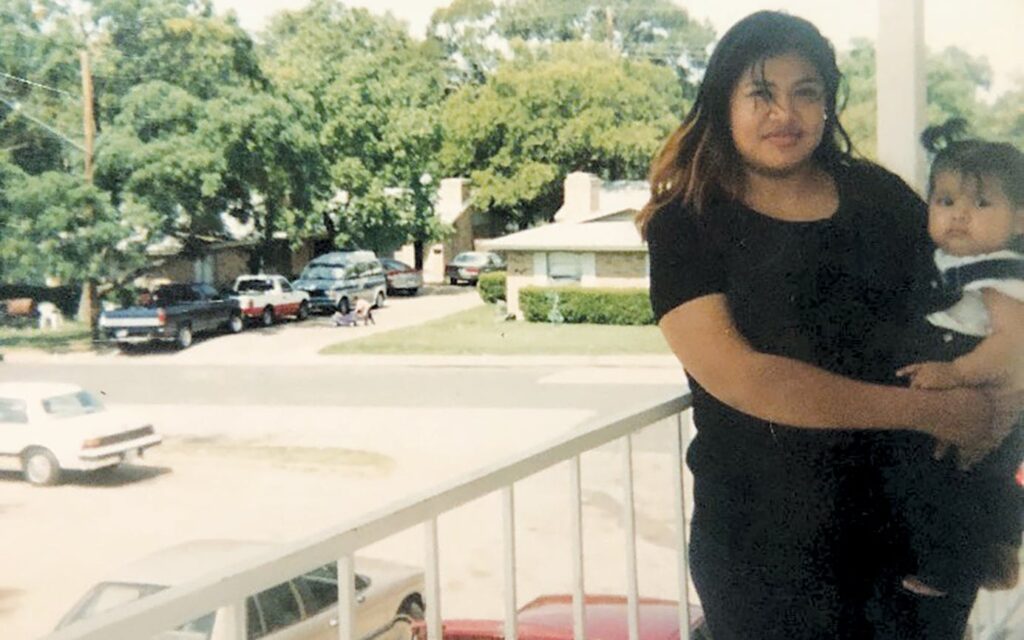 Ms. Jimenez consistently maintained her innocence and repeatedly explained that the child had accidentally choked. Nearly 71% of female exonerees were convicted of crimes that that never took place — such “crimes” include incidents later determined to be accidents, fabricated events, or deaths by suicide — according to the National Registry of Exonerations. Like Ms. Jimenez, 40% of these women were wrongly convicted of harming children or other loved ones in their care.

Finally, after more than five hours of questioning, the exhausted 20-year-old was allowed to return home. Officers arrested her later that night.

Ms. Jimenez had no criminal record or history of abuse. In fact, she regularly cared for children of families in her community, and those families supported her innocence. But, three months later, when the toddler died of complications from the severe brain damage caused by lack of oxygen, Ms. Jimenez was charged with murder.

Ms. Jimenez spent years in the county jail awaiting her trial, and learning English to communicate with officers and to explain that she was innocent. She began by reading the newspaper daily, and little by little began to understand.

By the time of her trial in 2005, Ms. Jimenez understood some English, but still not enough to comprehend the racist comments made during her trial. In a 2007 documentary about Ms. Jimenez’s case, “Mi Vida Dentro” (meaning “My Life Inside”), Assistant District Attorney Allison Wetzel is seen asking an Austin police officer on the stand, “Despite being from Mexico, she’s very intelligent, wouldn’t you agree?”

At her trial, medical professionals (who were not pediatric airways specialists) testified that it was “impossible” for the child to have accidentally ingested the paper towels. The trial ended in a conviction, and Ms. Jimenez was sentenced to 99 years in prison.

About 40% of exonerated women were wrongly convicted of harming children or other loved ones in their care.

Since then, pediatric airway experts from the U.S.’ top children’s hospitals have all concluded that the child’s choking was a tragic accident and said there is no evidence his death was anything other than an accident, meaning Ms. Jimenez has now served nearly 18 years in prison for a crime that never happened. They also unanimously concluded that it would have been “exceedingly difficult” for a person to force paper towels into the child’s throat even with the assistance of several adults. To do it alone as prosecutors argued Ms. Jimenez did? “Nearly impossible,” the experts said.

Initially, the Travis County district attorney’s office supported an appeal of the judge’s 2019 decision to overturn Ms. Jimenez’s conviction. But in May, District Attorney Margaret Moore wrote in a letter to Ms. Jimenez’s legal team: “Justice would be served by agreeing to a retrial of the case.” She had assembled a team of lawyers to conduct a conviction integrity review of the case and new expert testimony, she said. The lawyers concluded that Ms. Jimenez had been denied the opportunity to adequately defend herself at her 2005 trial — and Ms. Moore agreed.

However, despite Ms. Moore’s position, Attorney General Ken Paxton refused to drop the appeal and is charging forward. And, in the meantime, Ms. Jimenez remains behind bars in limbo.

Though she said she still has hope, her time wrongfully incarcerated has been fraught with challenges unique to being an immigrant.

Months after being arrested, Ms. Jimenez gave birth to her son, who was immediately taken from her. Both her children were sent to Mexico to live with her mother, whom Ms. Jimenez hasn’t seen since 2005. Eventually the children were returned to the U.S. and raised in foster care. For a while, she was able to see her children for an hour or two each month during prison visits, but she was never allowed to hold them. Staying in touch became more challenging over time and being a meaningful part of their lives was not possible. Her children are now 18 and 17 years old and have grown up never being able to touch their mother.

“I was like a picture hanging in the back of the room, like they knew that I was their mom, but I was nothing more than a picture,” Ms. Jimenez said. And communicating with her family in Mexico has been equally difficult. 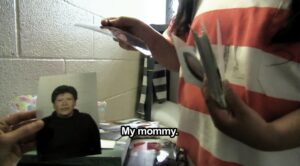 Her mother has been unable to obtain a visa to visit her daughter in the U.S. Ms. Jimenez is not allowed to make overseas calls in prison and is only able to communicate with her family through letters — a letter to her family takes about one month to arrive and a response takes about a month and a half to reach her in prison.

Ms. Jimenez dreams of the day she will be free, of the opportunity to get the medical treatment she needs: a kidney transplant. She hopes to one day have a home where her mother can live with her and where her children, attorneys, and supporters can visit. She has a mission, she said.

“I have a couple of friends in here who are innocent and I want to fight for them with everything that I have until I see them go home too. I want to help a lot of people.”

Until then, Ms. Jimenez is learning a third language — braille — and is working on becoming a certified transcriber.

“I’m in love with it,” she said. “I thought it was so crazy that you could learn to read these dots, the short form, all these rules. But for real, I’m in love with braille.”