I also know that one must do what one can do. No matter how little it is, it is nonetheless a human testimony and human testimonies, as long as they are not based on greed or personal ambition for power, can have unexpected positive effects.…I believe in local action and in small dimensions. It is only in such environments that human creativity and meaningful identities can truly surface and flourish.

There are many-many gross things in the news every nanosecond of anti-social media’s and mass mainlining media’s dead from the navel up “stories.”

Imagine, now, the Great White Hope, the Sir David and the Prince William doling out a few million bucks here and there for, drum roll, individuals, companies and agencies that come up with solutions to the world’s environmental problems.

Imagine that, the deeply steeped in eugenics Attenborough, and the DNA-mutated mentally inbred royalty, having people jump through hoops to help move forward the powers that be in capitalism.

Here’s a doozy from this insipidly wet milquetoast PR spin — “We can’t cut down rain-forests forever and anything that we can’t do forever is by definition unsustainable,” says Attenborough. Adding that “if we act now we can yet put it right,” how amazing would that be? We must all act now.

You will not hear that in the Attenborough line – no more war machines, soldiers, flyovers, Kings Guards, air-naval-ground-moon bases. Imagine, he states how he was 11 years old with a world population of, drum roll, 2.3 billion (1937).

And, now it’s 7.8 billion, and huge parts of the globe are dead of wild lands and are invaded by, well, you guessed it (but not coming from the Prince’s or Knight’s mouths) – capitalists and empires running their criminal operations for the banks, the investors, the elites. Oh, mining, ag, metals, fossil fuel, minerals, fish, water, data, human lives for the operation that gets old Attenborough flying around the world in his jet-setting ways.

Let’s see, since 1937, hundreds of trillions spent on missiles, NASA/aerospace, satellites, war-war-war; and what else has occurred since wee David grew up to be 94? No mention of the amassing of chemicals, industrial farms, the huge consumer-capitalist bases of seizing power, products, resources and people from other countries, all for god, country, queen, and Goldman Sachs, BlackRock and, pick your bank poison here  ____________! He will not speak of the accumulation of wealth and land and power by his own Anglo-Saxon greedy men of war-debt-slavery.

He wants birth-control, forced sterilization for the dark people, and LEED and zero waste third and fourth homes-castles-island enclaves for the beautiful people. No limits on the beautiful people’s families and 5.6 earths for their lifestyle Earth Footprint.

“We rely entirely on this finely tuned life-support machine” says Sir David Attenborough when describing our little blue planet, in his recently released book and documentary “A Life on Our Planet.” The legendary naturalist and broadcaster, now 94, has spent his entire life traveling the world documenting wildlife, for us to enjoy from the comfort of our living rooms. He is thought to be one of the most well-traveled people on the planet, for The Life of Birds documentary alone, it is estimated he traveled a whopping 256,000 miles. That is the same as traveling around the world ten times. And this was only for one of the eight series he has made for the BBC over the course of almost 30 years. He now joins forces with Prince William with whom he shares a passion for the environment, to help launch the Earthshot Prize. Aiming to be the most prestigious global environment prize, it will be awarded to those who come up with extraordinary ways to help tackle some of the biggest environmental challenges of our planet. [source]

Quaint. Bad writing. It is like a Jack and Jill nursery tale. Not journalism.

Here’s my email – contact me ASAP, Sir David and Prince Billy. No millions spent on techno fixes, on big giant scoops for ocean plastic, seed storage projects for the moon or mars. No 29 million studies and 29 white papers and a hundred million sad-sack pretzel logic to save the planet. I got the idea, man, and we can distribute that $60 million to sue the shit out of the main perpetrators of poisons. Outfits like British Petroleum? Uh?

Simple stuff, so again, my contact email, Davey and Willie,  is below. Here

Here, my idea — I can think of a massive one weekend event – how about a thousand or 10,000 thousand two-day charrettes. Globally. Giant brainstorming sessions. Giving young people the facilitation tools to come up with a 10-part or 100-part plan to save people, planets, plants, populations of animal species.

Easy, man – with all the shit-show tools of Zoom and satellite feeds and computers and, well, you think that maybe 10,000 teach-ins and brainstorming sessions simultaneously might produce a few common threads, in the countries on the African Continent, North, Middle and South America, Middle East, Far East, Island nations, and more. 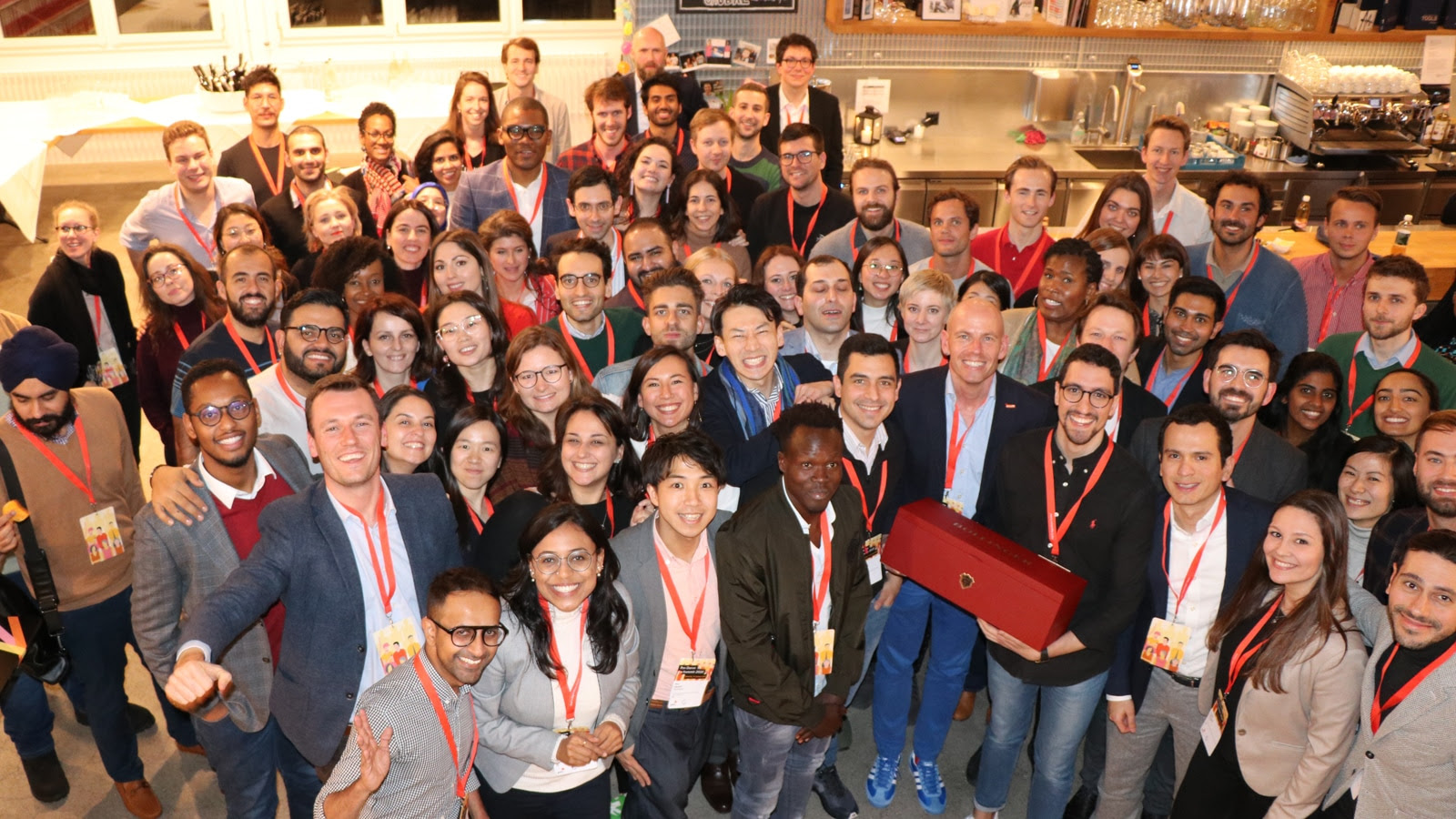 Let’s see – I bet with the right engagement, those young students and their tag-along parents and uncles and aunts might be coming up with this:

And, more, and can you imagine all those 10,000 community-based charrettes, where people – the young and the very old and the most vulnerable – are not just at the table, but are the facilitators. Sure, the concepts of global heating will be tantamount as well as restorative cultural-economic-spiritual-racial justice.

I am convinced that these youth forums will produce manifestos so similar, so tied to the very idea of “an injury to one is an injury to all” that all the retrograde, violent, and colonized war lord and banking lovers would be pushed out of the realm. Join us, sure.

But imagine now this Earth-Shot prize being something completely different than the old model of “who has the best ideas to fit into the capitalist paradigm to play around with some of the major issues earth and people are facing.”

Solve microplastics? Well, first, now, stop the plastic’s industry and yank them all out of the hands of felons and profit gougers. The packaging industries? Done. The clear cutters, strip miners, mountaintop removers – gone, out of business.

The commodities trading? Gone. The stockholders, the monopolies, the BlackRocks, gone. I believe those 10,000 or 100,000 charrettes and youth-led think tanks and solutions cabals would produce the tools, the language and the spirit of structural global change. Email me, Dave and Billy.

Oh, I know it will be a lot of work, but the young and the very old and the vulnerable are up to the task. There is really nothing else on earth to do but working for the human/animal/plant family and natural world and working collectively so people in the next county don’t suffer while the other county doesn’t suffer.

Precautionary principle, life cycle analysis, and much more-more for an ecosocialist world. Whoops, did I use the term, Socialist?

The world is suffering from a fever due to climate change,
and the disease is the capitalist development model.
— Evo Morales, president of Bolivia, September 2007,

Youth who are not completely damaged by consumerism/anti-social media/drugs/epigenetics/Breaking Bad parents are naturally connected to other peoples, and given the space and chance, they are the solutions makers.

Again, utilize this shit-show Zoom Doom and media platforms to get these 10,000 or 100,000 teach-ins/charrettes up on all platforms. Imagine, even all those colonized millionaire media fakes, all those prune headed politicians, all those stem-cell sucking CEO’s like Bezos and Zuckerberg, well, they will have to watch, man.

Old Knights and Princes are not the future. The rich and the white race rampaging throughout history in their empires of greed, religion, conquistadors of rape-pillage-theft-murder; those manipulators, those penury-creators, those bamboozlers, the smoke and mirror charlatans, the debt holders, the criminal injustice purveyors, all those blood diamond types, I know for a fact that two day teach-in and charrette, they will be tossed out as anything more than thieves and destroyers.

Give peace a chance? Give the youth the platform, the facilitation, the attention, the manifestos to change this world.  Coming up with some bio-mimic paint that self cleans will not cut it. Global shit in who is at the table, who writes the rules, who brings forth the ideas. N O  M O R E  white guys setting the stage and making the rules.

Oh, what a world it would be, and what would it take to get those 100,000 global charrettes working? Technology. Computers? Some WIFI connections? Email me now, sirs and princes!

Let the youth, the young from lower economic communities, the people of the so-called developing or less developed world make their mark now. Forget about the compostable toilets and home-sited wind turbine.

And this is what the Earthshot Prize aims to do. Just as the moonshot that John F. Kennedy proposed in the 1960s was a catalyst for new technology such as the MRI scanner and satellite dishes that helped us go to the moon, this prize aims through Earthshot challenges to create a new wave of ambition and innovation around finding ways to help save the planet. The committee has announced it will spend the next 10 years $60 million, awarding annually five, $1.2 million prizes to individuals, organizations and those around the world who are working to provide solutions to the world’s biggest environmental problems. 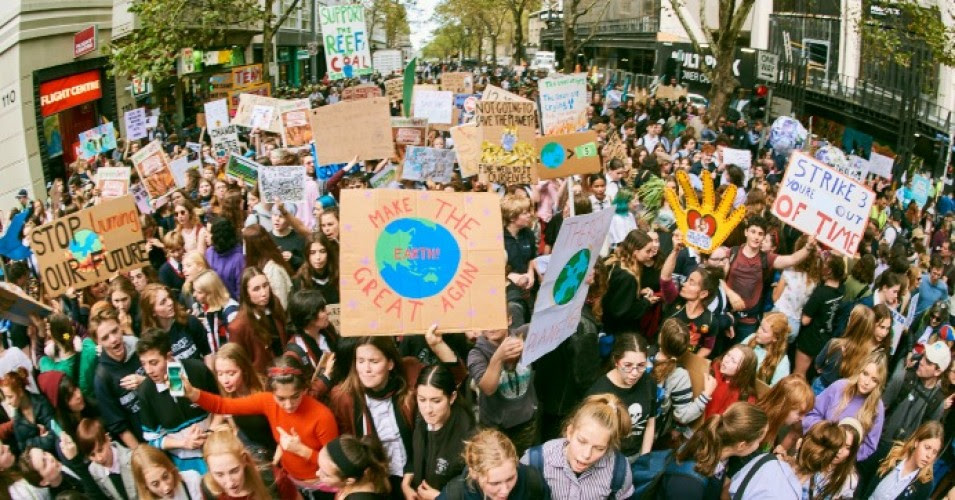 It is no surprise that the dominant global system which is responsible for the ecological crisis also sets the terms of the debate about this crisis, for capital commands the means of production of knowledge, as much as that of atmospheric carbon dioxide. Accordingly, its politicians, bureaucrats, economists and professors send forth an endless stream of proposals, all variations on the theme that the world’s ecological damage can be repaired without disruption of market mechanisms and of the system of accumulation that commands the world economy.

But a person cannot serve two masters – the integrity of the earth and the profitability of capitalism. One must be abandoned, and history leaves little question about the allegiances of the vast majority of policy-makers. There is every reason, therefore, to radically doubt the capacity of established measures to check the slide to ecological catastrophe.