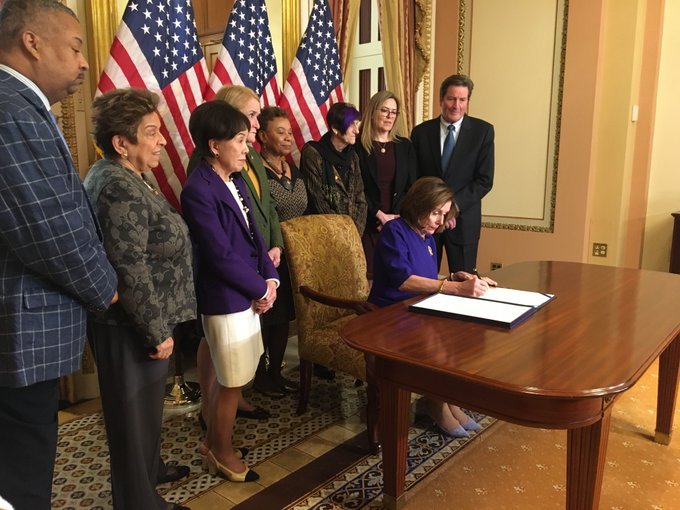 Pamela Rush was a good mother and a caring neighbor.

She was also a poor woman in rural Alabama, fighting a predatory lender who was fleecing her over the broken, dangerous trailer she and her children lived in. As part of the Poor People’s Campaign, Pamela gave heartbreaking testimony before Congress in 2018 on behalf of roughly 140 million poor and low-income Americans.

We are a nation in crisis and without leadership. Just weeks before the presidential election, President Donald Trump and Republicans in Congress continue to deny relief to these hardest-hit Americans.

Life wasn’t easy for this 43 percent of the American public before the pandemic, and it’s gotten harder now. Despite her fighting spirit, Pamela tragically perished from COVID-19 this summer.

As a poor woman who is also Black, Pamela was especially vulnerable. So are the half of all Americans today who are reporting financial hardship as a result of the pandemic — and the one in three children in families who are hungry or in danger of losing shelter.

We are a nation in crisis and without leadership. Just weeks before the presidential election, President Donald Trump and Republicans in Congress continue to deny relief to these hardest-hit Americans.

Nearly six months ago, the Democratic-controlled House of Representatives passed another relief bill as the CARES Act from March expired. The Republican Senate declined to take it up, leaving millions of workers without jobs, relief, or income and facing evictions and food insecurity.

The House again passed a scaled-down version of its relief package this fall, which the Senate and White House again refused to take up, choosing instead to focus on ramming through a rightwing Supreme Court nominee just before the election.

Federal Reserve Chairman Jerome Powell and Moody Analytics’s chief economist Mark Zandi have each given dire warnings that our economic recovery is under grave threat if a federal relief package isn’t passed soon.

Trump, trailing badly in the polls, reengaged briefly before he abruptly and inexplicably called a halt to negotiations. Then, just as abruptly, he reversed course and demanded relief. His tweets on the topic have been all over the map.

Either way, Senate Majority Leader Mitch McConnell has said a major relief bill is a no-go.

At best, he’s offering a much pared-down package that would prioritize immunity for corporations who endanger their workers during the pandemic over relief for the workers themselves. Some analysts have even speculated that McConnell is deliberately trying to hamstring a possible Biden presidency by stalling on relief.

In lieu of real help, President Trump is instead opting for an $8 billion campaign stunt that would rob the Medicare Trust Fund to put a measly $200 “Trump Gift Card” in the pockets of some seniors, meant to help them with prescription drug costs for two years. This works out to about $8 per month, and is aimed at helping no one but Trump’s reelection campaign.

With Republicans packing the Supreme Court ahead of yet another challenge to the Affordable Care Act this November, that’s an especially insulting gesture. Gutting the ACA would throw 20 million Americans off their health insurance in the middle of a pandemic. Already, 12 million people have lost their employer-sponsored health care.

Where is the concern for the families of the more than 215,000 Americans, like Pamela Rush, who have lost their lives to the coronavirus because our leaders failed to take the virus seriously? Where are the economically sound policies that would get struggling Americans back on their feet?

We are a nation adrift in a sea of suffering, with no end in sight — except, maybe, at the polls. Please make your voice heard.