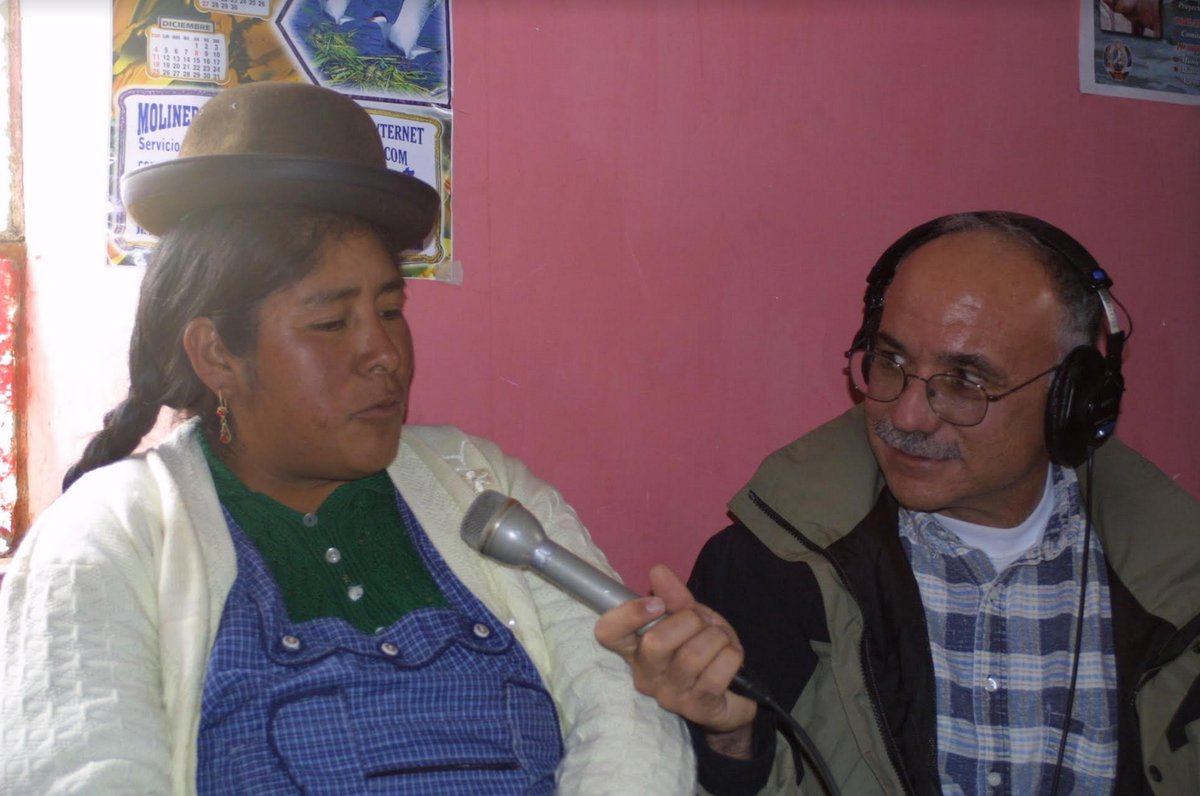 Imagine the following nightmare: The United States faces a close vote in the presidential election. Trump claims voter fraud and seeks backing from the nation’s military, who then stage a coup to keep him in power.

Farfetched? The Trump Administration already did it in Bolivia last year.

“If the far right in Bolivia is more democratic than Trump,” Field says, “we’re in deep trouble.”

In October 2019, officials in Washington, D.C., orchestrated phony claims of election fraud by Bolivia’s socialist government. The military forced the winner, President Evo Morales, to flee the country. It then installed an ultra-right regime that carried out civilian massacres and arrested opponents on trumped up charges.

Thomas Field, associate professor Global Security and Intelligence at Arizona’s Embry-Riddle Aeronautical University, tells me the United States can learn from Bolivia’s 2019 election. The coup leaders claimed fraud based on a preliminary count and rejected the final count that included late reports from rural areas.

“You have to wait until all the votes are counted,” he says. “Late votes matter.”

In Bolivia, opposition parties accepted the 2020 election results, even the ultra-right wingers. Trump, however, has refused to agree to a peaceful transfer of power if he loses.

“If the far right in Bolivia is more democratic than Trump,” Field says, “we’re in deep trouble.”

During a 2008 trip to Bolivia on assignment for NPR’s Latino USA, I covered attempts by right-wingers to oust Morales through a referendum. But he defeated the effort and was later reelected president three times.

In October 2019, Morales ran for a fourth term. The official vote count showed he beat his closest opponent by just over 10 percent. In response, the Organization of American States (OAS) insisted that a major discrepancy between the preliminary quick count and the final tally showed Morales couldn’t have won. The opposition claimed fraud.

The military backed street demonstrations in middle- and upper-class neighborhoods, and forced Morales to resign. He fled the country and took exile in Argentina.

But the OAS attack on the elections quickly fell apart. As two election specialists wrote in The Washington Post, “the statistical evidence does not support the claim of fraud in Bolivia’s October [2019] election.”

Jake Johnston, a senior research associate at the Center for Economic and Policy Research in Washington, D.C., wrote an eighty-five-page analysis of the 2019 elections.

“The OAS grossly misrepresented the facts,” he tells me in an interview. The organization manipulated the data in order to reach “a political conclusion aimed at justifying the removal of a democratically elected president.”

According to the Los Angeles Times, U.S. Ambassador to the OAS Carlos Trujillo played a key role in “steering” the OAS “to report widespread fraud and pushed the Trump Administration to support the ouster of Morales.”

The ruling elite in Washington, D.C., has long opposed the socialist policies of Bolivia for economic and geopolitical reasons. The MAS government established close relations with Cuba, Venezuela, and other leftist governments in Latin America. Bolivia is rich in natural gas and contains 70 percent of the world’s lithium, a key mineral used in electric car batteries.

The new government faces serious problems when it comes into office next month. The country is reeling from an international recession, low commodity prices and a spreading coronavirus pandemic.

After the coup, however, the regime wanted to return to the old extractive model and wooed Elon Musk, founder of the Tesla electric car company. Musk publicly supported the coup.

In a twitter exchange, Musk wrote, “We will coup whoever we want! Deal with it.”

MAS, which was first elected in 2006, produced impressive economic gains. Extreme poverty dropped from 36 to 17 percent. The socialists introduced a universal old age pension program and cut unemployment by 50 percent.

Bolivia went from being the second-poorest country in South America to a lower-middle tier country, according to an analysis by the World Bank.

For the first time in Bolivia’s history, the country’s Indigenous people saw significant economic improvements and steps towards political empowerment. In 2009, a new constitution provided rights for the country’s thirty-six Indigenous groups, including equal status for their judicial systems and government courts.

“These elections are much more transparent than in the United States,” he tells me in a phone interview from the capital city of La Paz, Bolivia.

As of press time, Arce was ahead with 52 percent of the vote, a twenty-point lead over his closest rival, Carlos Mesa.

MAS won the election, according to Bolivia expert Field, by mobilizing its strong, traditional base and picking up support from those disgusted with the coup regime.

The coup leaders carried out brutal massacres against the opposition when they came to power in 2019, and gave security forces immunity from prosecution.

“It will go down in history as one of the most brutal regimes in decades,” Field says.

Flores adds, “This was very much a vote against fascism and a vote for socialism.”

Flores notes that MAS is not a traditional political party because it works closely with grassroots unions, peasant associations, and neighborhood groups—all of which promise to keep pressure on the new MAS government to maintain progressive policies.

Flores describes a recent meeting in which members of the Women’s Alliance criticized what they considered the demobilization of the social movements prior to the coup. Leftist street demonstrations had largely stopped during the Morales presidency, the women said, but, as one activist put it, “We will be willing to go to the streets now.”

The new government faces serious problems when it comes into office next month. The country is reeling from an international recession, low commodity prices and a spreading coronavirus pandemic.

MAS will have to revamp the institutions that provided unemployment, welfare, and pensions.

President Arce promises to re-nationalize key industries as a means of raising government funds. “We need public companies and also solid tax revenues to guarantee all the social programs we have,” he said in April.

Meanwhile, Flores hopes people in the United States learn the lessons of Bolivia.

If Trump tries to stay in power despite losing the election, Flores says, “Lawsuits and speeches by Democratic Party leaders” won’t be enough. “You have to organize and take to the streets.”