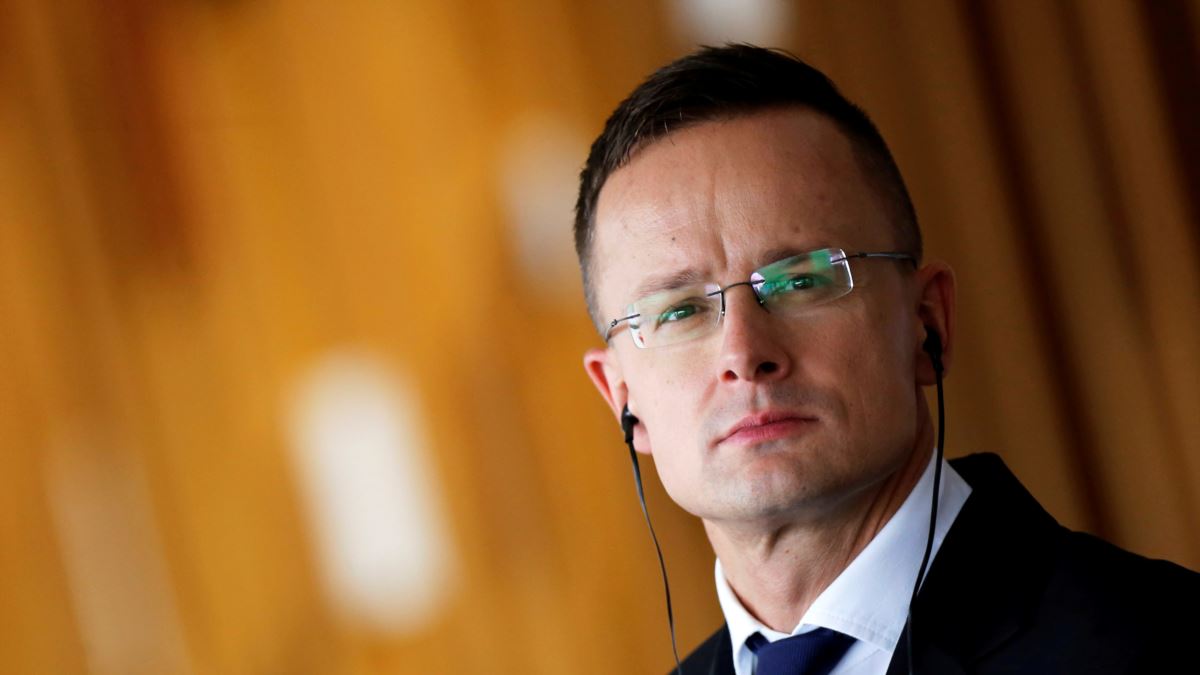 Hungarian Foreign Minister Peter Szijjarto has called “pathetic and nonsense” Ukraine’s decision to bar the entry of two Hungarian government officials over what Kyiv said was meddling in local elections.

In a video message on his Facebook page, Szijjarto said Budapest had not received formal notice of the Ukrainian ban.

Although results of the elections have yet to be announced, Szijjarto welcomed what is expected to be the victory of Hungarian candidates in some local areas.

He said Ukraine had taken “unfriendly steps” toward Hungary by summoning the Hungarian ambassador and deciding to refuse entry for the two Hungarian officials.

“With this Ukraine sends the message…that it has given up on Hungarian support for its Euro-Atlantic integration efforts,” Szijjarto said.

Hungary has repeatedly hinted at blocking Ukraine’s membership of NATO over what Budapest said were limits on the rights of the 150,000 ethnic Hungarian minority to use its native tongue after Ukraine passed a law in 2017 restricting the use of minority languages in schools.

Ukraine’s Foreign Ministry said in a statement on October 26 that it had handed the Hungarian envoy to Kyiv a note of protest for what it described as political agitation by Hungarian officials in favor of a party that ran in the October 25 local elections in Ukraine.

Hungarian officials had called on Ukrainians living in the region bordering Hungary to vote for the Party of Hungarians, the statement said, saying their actions violated Ukrainian legislation.

“The ministry at once called on the Hungarian side to respect the law of Ukraine and not take steps that indicate direct interference in the domestic affairs of Ukraine and do not correspond to the good-neighborly character of Ukrainian-Hungarian relations,” the statement said.

“Two high-ranking Hungarians, who resorted to direct agitation in the Zakarpattia region during this election campaign, are already banned from entering Ukraine. One of them is a state secretary in the chancellery of the prime minister of Hungary,” Kuleba told Interfax, without naming the officials.

He added that Kyiv was considering imposing entry bans for several other Hungarians for actively interfering in internal affairs during the campaign.

“Our partners will be informed in detail shortly about Hungarian interference in our elections, we have already informed the OSCE [Organization For Security and Cooperation in Europe] election-monitoring mission accordingly,” Kuleba said.

With reporting by Reuters and Interfax