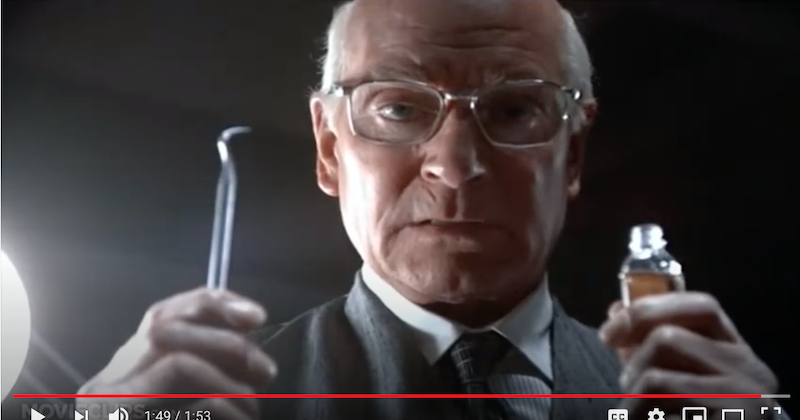 And so, just as in the Abdulaziz ruling, the hardening of European migration policy received the blessing of the Court of Human Rights. Meanwhile, people trying to cross the border, in Greece and in the Spanish enclaves in Morocco, were being fired upon with live ammunition. We knew very well what we thought about such border enforcement when the East Germans did that during the Cold War. Times have changed: earlier this year, President Von der Leyen complimented the Greek border guards for the heroic way in which they stood up for Europe.

Meanwhile, the crossings continued, often by Syrians who had little alternative. The Italian government successfully mediated this. After the death of hundreds of migrants on 3 October 2013, rows of coffins, many adorned with a flower, were erected in a hall in Lampedusa. This was particularly popular with right-thinking media. The following year, a shipwreck in which many more people drowned was lifted in front of rotating cameras and an artist was allowed to exhibit it at the Venice Biennale. The makers of the documentary Fuocoammare had the opportunity to film the bodies of migrants who had died in the hold of a ship. The crisis thus became art with a capital A, and in the wake of media and art, the EU’s crisis model grew in importance.

Riding on the waves of this attention, Italian policymakers, in close cooperation with the EU, devised a way to make rescuing people coincide with a tough migration policy. Instead of the Italians fishing people out of the sea and taking them to Lampedusa, they set up a Libyan coastguard. This coastguard was equipped and trained by the Italians at the expense of the EU in order to rescue as many people as possible from the sea and take them back to Libya.

In this way, rescuing people coincides neatly with closing borders. One inconvenience is that the Libyan coastguard and the Libyan people smugglers (who also organize torture camps and slave markets) are, to say the least, not always easy to tell apart. That’s not the only way in which rescue and torture are interlinked. After all, there’s a perverse circular economy involving a consortium: with one hand it receives money for smuggling migrants; with the other it receives EU monies for coastguard duties.

The formula was used again in 2015 when the so-called refugee crisis shook Europe to its core. For the record, the crisis was that Germany, the most heavily burdened country in the EU in terms of receiving refugees, had to cope with as many refugees per inhabitant as Turkey (and ten times less than Lebanon).

But anyway, the media and art industry were once again up and running – especially when a dead toddler washed ashore on a Turkish beach. By March 2016, the Turkey deal was concluded, which meant that Turkey would take back all the people who arrived on the Greek islands in exchange for six billion euros, visa exemption and accession talks.

On the Greek side, the familiar formula: everyone had to stay on the islands, so that the situation in the camps would become heavenly. And so it happened: because repatriation is not allowed without an asylum procedure, and because asylum procedures in Greece are even more sluggish than elsewhere in Europe, the situation in the Greek camps was soon beyond description.

The Turkey deal is still seen as a blueprint for European policy. This means that the crisis formula that plays such an important role in it – and with all the victims that makes it – is not called into question.

It is now said that the Turkey deal may not be sympathetic, but it sure is effective. After all, the number of migrants has fallen sharply since March 2016. But put simply and bluntly, this is nonsense. If one looks at the figures, one will see that the number of people crossing from Turkey to Greece peaked in October 2015. After that, it fell. At the time of the March 2016 deal, it was already at its currently low level. So unless we abandon the most elementary logic, the Turkey deal simply could not have led to the decline because it itself followed that decline.

Back to the children of Moria

No human being can be against the taking in of five hundred children, because the situation on the Greek islands is inhumane. Why the situation there is inhumane only for children, and not for adults, escapes me. But I suppose one has to start somewhere. As an aside, the praise for Merkel’s readiness to accept 1,500 refugees from Greece is incomprehensible. Yes, she is prepared to make a humanitarian gesture to some in the camps in Greece, but the Turkey deal which continues to cause the suffering of many more people was of her making. She sheds tears about the consequences of policies she fully supports.

Worse yet is that the debate is now a humanitarian question: are we nice enough or not to make space for a few orphans? Both right and left stand to gain from this debate – the left by being nice, the right by being blunt. But the debate ignores the political question of why hundreds or thousands of underage and adult people are dying trying to reach Europe, and tens of thousands remain mired in inhumane camps on Europe’s borders. However much every life counts: polemics about a few children more or less are of relative importance. Our focus should be on the policies that allow these children’s nephews and nieces to wash up tomorrow and, if still alive, to go and sleep in the cardboard boxes.

We do not need to doubt the activists’ best intentions. But the attention paid to the victims means that the politicians responsible for their abuse get away with policies that continue to make more victims.

Well, enough analysis. What, then, must we do? If we’re honest with ourselves, we have to acknowledge that as long as inequality between countries remains as great as it is, migration policy will never be a pretty sight. But can it perhaps be a little less brutal, deadly and coarse than it is now?

Of course it can. We did it before. The idea that migration policy can only be à la Orbán, complete with fences and vigilantes beating up foreigners, is a political trap into which progressive Europe has stepped. There is no need to choose between migration policy (but with human rights violations), or being trampled underfoot by Africa (because we are so right-thinking).

There is no oven-ready comprehensive alternative. But the current abuses are themselves products of a long half-century of policy. They may have consisted of improvisations along the way, but they nonetheless had a clear direction. So there is nothing that prevents us from developing ideas that go in the opposite direction, improvising as we go along that new way. Even though we (like the politicians) don’t have a definitive blueprint at hand.

The labour market is an important reason why people come to Europe, even if it means doing so illegally. By stepping up repression, European governments are trying to make the labour market unattractive to people without residence permits. At the same time, however, over the past decades we have seen the labour market subject to rising degrees of ‘flexibility’, as a result of which there are more and more jobs that do not offer a living wage. Anyone serious in wanting to lower illegal migration should be keen to organise the labour market in such a way that one can once again enjoy a job with a living wage. This is good for the famous hardworking European. And it offers less room for people without residence permits.

Refugees are a special case. At a European and national level, refugee policy is based on denial (because we solve it with protection in the region, or tackling so-called root causes). But refugees are older than the road to Rome. Countries such as Lebanon and Jordan are overloaded. And remarkably, while European countries do not stop talking about root causes, they never mention the major contributions: military interventions by those same European countries in Afghanistan, Iraq and Libya, and their proxy wars such as those in Syria, Yemen, Somalia or in the Sahel.

At a national and European level, policy can leave this pigs’ cycle behind by maintaining an ample capacity even if asylum seeker numbers drop. Crises can be prevented if policy is based on a more realistic approach. This would require a clean break with the current European approach on the islands, where crises are actually being created.