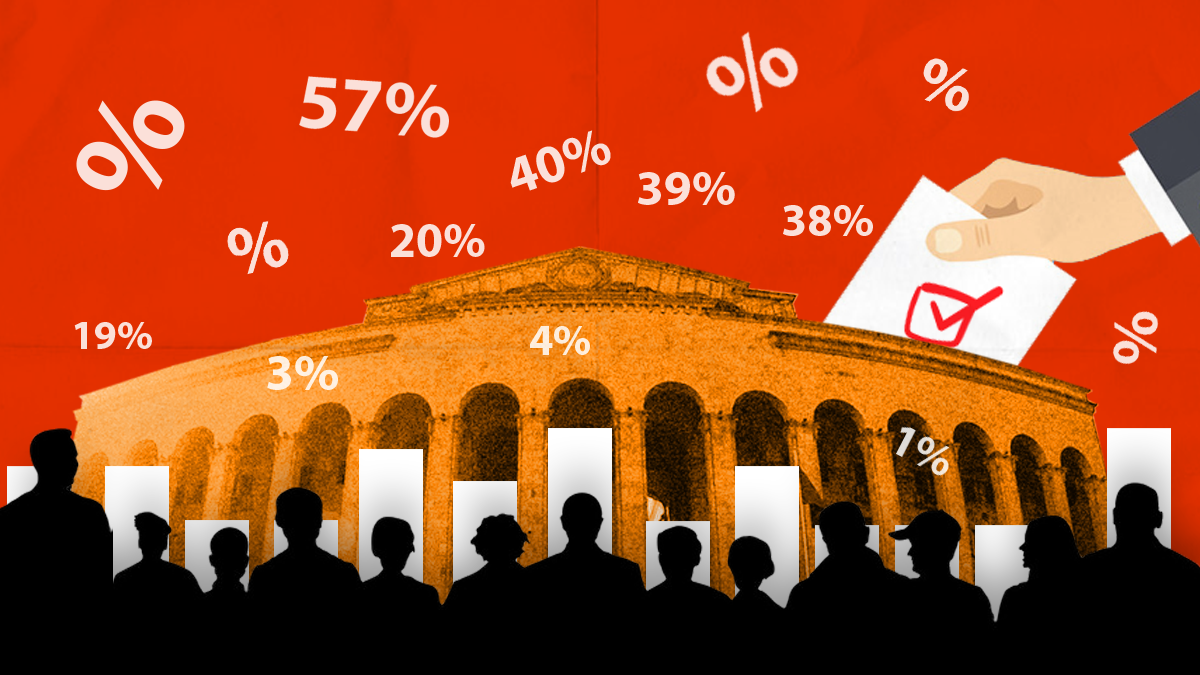 Georgians vote in parliamentary elections on October 31 in what will be the first test of electoral reforms intended to provide a broader range of political representation in the legislature.

When polls open at 8 a.m. local time, Georgians will be deciding whether a ruling party will run the government on its own for an unprecedented third-consecutive time. They will also be weighing in on the current legislature’s handling of a struggling economy, the coronavirus outbreak, and foreign relations.

Under electoral reforms passed in June, the format for electing Georgia’s 150-member unicameral parliament was restructured to give more weight to proportional representation.

Overall, 66 parties are registered to run for parliamentary seats, with 490 candidates running for individual mandates.

The reforms were aimed at ending the consolidation of power by a single political grouping, which to this point has been the Georgian Dream coalition, formed by the country’s richest man, billionaire Bidzina Ivanishvili, in 2012.

“One gets the feeling that Georgian society has finally matured and emerged from the post-Soviet one-party system and the thirst for a leader/chief, who will settle all issues for the people,” according to George Mchedlishvili, an associate professor at European University in Tbilisi.

Georgian Dream defeated the now-opposition United National Movement (UNM) in the 2012 parliamentary elections and has been the ruling party ever since.

However, the party lost its constitutional majority in 2019 after some lawmakers defected amid protests alleging it had failed to follow through on electoral promises, including electoral reforms.

Georgian Dream also faces a challenge in maintaining its ruling status due to a new rule adopted under the reforms requiring political parties to win 40 percent of the vote to rule the government on its own. Anything less than 40 percent will require a coalition to form the government, which would be a first for post-Soviet Georgia.

Parliamentary speaker Archil Talakvadze of Georgian Dream has described the passage of the reforms as testimony to Georgia’s commitment to democratic principles, but opposition members have said the ruling party only accepted the changes due to pressure by the public and international partners.

Wedged between the Caspian and Black Seas, Georgia’s strategic location makes it the main transit country for energy, transport and trade between Azerbaijan and Turkey, as well as a key player in Europe’s energy security.

Georgian Dream will face competition from UNM, which nominated former President Mikheil Saakashvili to be its candidate for the post of prime minister.

Saakashvili rode the wave of the pro-Western Rose Revolution to the presidency in 2004, and served two terms in office marked by antigovernment demonstrations as well as a failed war against Russia over the breakaway Georgian territories of Abkhazia and South Ossetia in 2008.

Following Georgian Dream’s parliamentary victory in 2012 and the subsequent arrest of some former high-ranking members of his cabinet on charges of abuse of power, Saakashvili left the country in 2013.

A Georgian court in January 2018 convicted the former president of hiding evidence in the killing of a banker and was sentenced to three years in prison. In June of that year he was also convicted of abuse of power and sentenced in absentia to six years in prison.

The 52-year-old has been campaigning by video link from his self-exile in Ukraine, where he served during his time there as governor of Odesa Oblast from 2015-2016.

Three other opposition parties led by former UNM members — European Georgia, Strategy Agmashenebeli, and the libertarian Girchi — are also expected to win parliamentary seats, as is the centrist Lelo For Georgia.

A number of other parties are expected to have a chance to gain parliament seats owing to reforms lowering the threshold for seats to 1 percent of the vote, including Russia-friendly parties — United Georgia, led by former parliamentary speaker and onetime Rose Revolution leader, and the Alliance of Patriots.

The ongoing conflict between fellow South Caucasus countries Armenia and Azerbaijan over Nagorno-Karabakh is also expected to have an impact on the vote, amid concerns that Georgia’s archrival Russia might increase its influence in the region.

Opinion polls have placed Georgian Dream at the head of the pack going into the election, with from 26 to 52 percent of the vote, but the ruling party’s popularity levels have been a roller-coaster in recent months. Support fell sharply this year over concerns about the country’s flailing economy before rebounding on the back of support for its handling of the coronavirus outbreak.

The U.S. rights watchdog Freedom House noted in a report earlier this month that “Georgia has had one of the lowest death rates globally, resulting in a significant popularity boost.”

Polls place the UNM in second, with 16 to 19 percent of the vote, and European Georgia in third with 5 to 8 percent.

The vote will be held under the cloud of the coronavirus pandemic. The country’s Central Election Commission has approved special procedures allowing more than 10,000 hospitalized citizens to cast votes using mobile ballot boxes.

The vote will be monitored by short- and long-term observers from the OSCE/ODIHR, PACE, and the NATO Parliamentary Assembly.