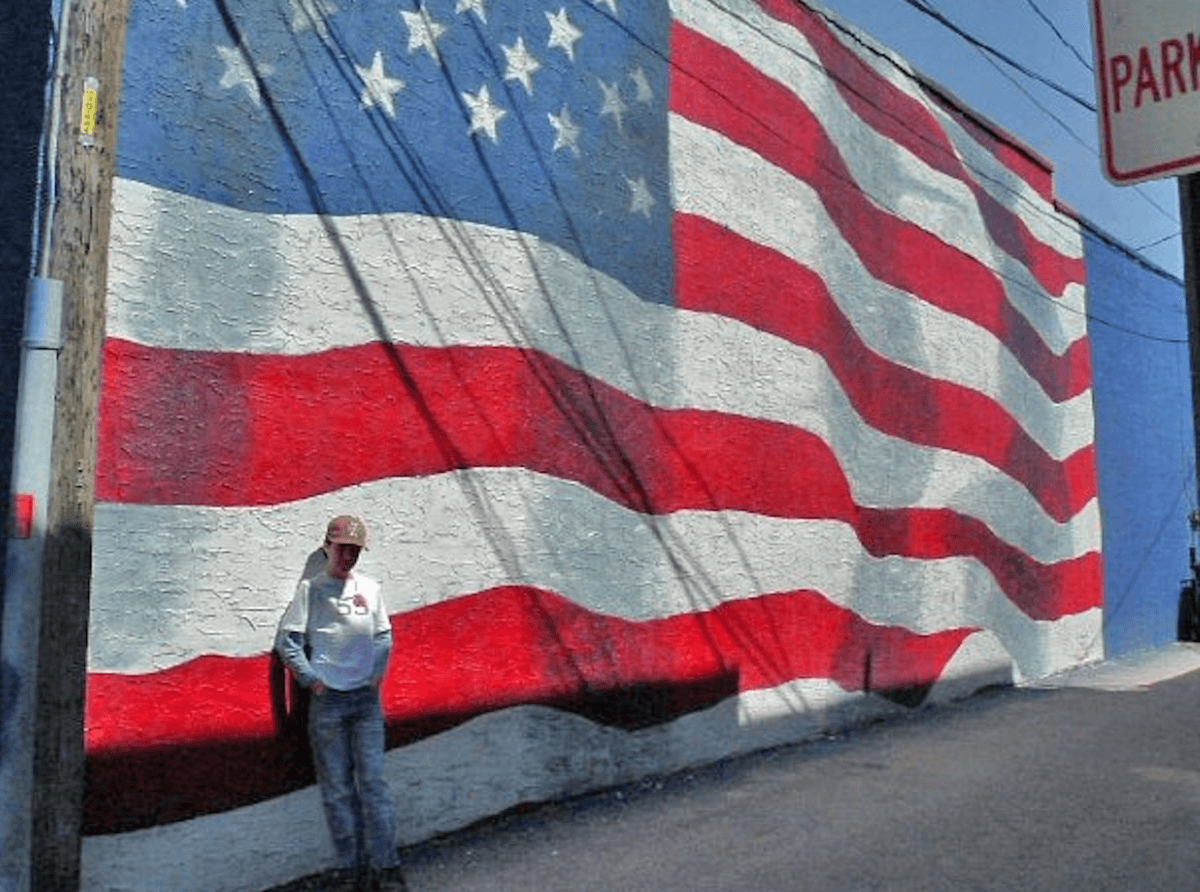 In 2009 I published a book titled Foreign Policy Inc. in which I tried to answer the question, among others, Why do Americans pay so little attention to foreign policy? Here is part of the answer as quoted from the book: “Most Americans do not pay attention to foreign policy issues except when they appear to impinge on their lives. This … is because, under normal circumstances, a person’s consciousness is acculturated to a particular place and time. Localness [which here we equate with a limited awareness of the broader world] is, if you will, a natural default position. … As to our immediate daily environment, we can be responsible for assessing things accurately. Beyond the horizon, however, the issue of information and its reliability lies in the hands of others.”

We can apply the reality of “natural localism” or limited awareness, to much more than popular disinterest in foreign policy. The same observation goes a long way to explaining at least some of the popular disregard for Covid-19, and the success of the misinformation campaigns underlying the popularity of Donald Trump and his Republican Party. Let’s first look at public uncertainty over Covid-19.

The Philadelphia Inquirer recently (12 October 2020) published a detailed article about public ambiguity over Covid-19. It is titled “Don’t know any COVID-19 patients who’ve died or been in the hospital? That may explain a lot.” The gist of the piece is as follows:

— “Seven months into the pandemic, it’s no secret that plenty of people still downplay the risks of COVID-19, scoffing at mask-wearing and social distancing.”

— “But a more fundamental reason for the uneven support of COVID-19 prevention measures may lie in simple math: Despite more than 200,000 deaths and 400,000 hospitalizations in the United States, an Inquirer analysis suggests that in much of the country, the typical person knows no one in either of those categories.”

— “Human beings are notoriously poor at evaluating risk, particularly when the threat in question is more abstract.”

Actually, people are quite good at risk assessment when the issue is local and concrete. We can think of this in Darwinian terms. In the course of evolution the human mind developed primarily to master the local environment. Paying attention to our local arena supplies us with the knowledge necessary to make useful and usually successful decisions and predictions, secure sustenance, and avoid danger. In other words, a natural concentration on what is local has survival value. There are hardwired biological aspects to this orientation, as well as environmental knowledge acquired through personal experience and the amount and quality of the information available to us day to day.

Thus, in terms of the Covid-19 pandemic, taking the threat seriously and adopting safe behavior can be roughly correlated to the assumed proximity of the disease. If it is in your immediate environment, and you have firsthand knowledge of those who have fallen ill, you will take it seriously (unless you are Donald Trump). If you are someone whose local environment is as yet unaffected, and have no friend or relative who, close by or farther away, has fallen ill, the whole affair is more abstract and your perceived need to rearrange your lifestyle less immediate.

As it turns out, “there is about a 50-50 chance that the ‘average’ person does not know someone who was hospitalized with COVID-19.” That hospitalization rate is roughly 1 out of every 800 people in the U.S. “Same goes for knowing someone who has died. One in about 1,600 Americans has died of COVID-19. … The typical American has greater than a two-thirds chance of not knowing someone who died of the disease. … In a reminder that the disease has hit harder in communities of color, 57% of Black Americans said they knew someone who had been hospitalized or died.”

The correlation between immediacy and seriousness is not perfect. There are people who can understand and act on a real threat even if it is not at their doorstep. And there are those who can be convinced that there is no threat even when one is imminent.

Shaping Your World Through Misinformation

At the end of the initial paragraph of this analysis I noted that localism leaves many of us without accurate information of events taking place “over the horizon.” Subsequently, in times of crisis and high tension, we discover our own ignorance and turn for information to others, to “experts” who we assume know what they are talking about. These experts are all too often stylists who seek to convince us of their own biases and stereotypes, and are often allied with different branches of the media, business and the political parties.

One should not be surprised that members of the public who are basically ignorant of disease processes, economic policy, the foreign actions of countries such as China and Iran are going to internalize what they hear of these matters in terms of their own preexisting biases and stereotypes. They will orient to those government officials, media “talking heads” and other sources that tell them what they want to hear. Reason will be replaced with the paternal dictates of a “higher” authority.

This process was revealed with a vengeance during a Time Magazine “Road Trip Through America’s Battlegrounds.” One that ”Revealed a Nation Plagued by Misinformation.” The investigatory report, written by Time reporter Charlotte Alter, came out on 8 October 2020. Here are some of the falsifications and inaccuracies noted:

— “Believing that most negative reports about President Trump were fabricated by lying reporters (they aren’t) or that Biden is a socialist (he isn’t) or that the coronavirus is no worse than the flu, as Trump keeps insisting (it’s far more deadly), or worst, that COVID-19 is a hoax.”

—“When I first met Eddie Kabacinski, a city-council member in Warren, Mich., in mid-September, he gestured to my mask and said, “So you’re saying the air that we breathe outside, there’s something wrong with that?” I tugged my mask under my chin to appease him. He told me “we need to get back to reality.” Recontacted after President Trump came down with Covid-19, Kabacinski said,“It does no good for our Commander in Chief to be showing cowardice and wearing a mask. He’s the President of the United States. Nobody has the right to question him.”

Alter found this “unlogic,” coming mostly from supporters of the president, deeply distressing: “The President could be impeached for abuse of power, publicly muster white supremacists, tear-gas peaceful protesters for a photo op, pay less than his employees in taxes, declare that he’d refuse to accept the results of the election, hold a possible superspreader event at the White House–and millions of Americans will ignore it.” She concludes that these millions are deluded—entrapped in “an Orwellian state of mind that arranges itself around convenient fictions rather than established facts.”

In a recent article, I worked out roughly how many millions might fit the description Ms. Alter provides. President Trump’s minimum voter support has remained at around 35% of the U.S. adult population. That number runs at about 73 million citizens. However, in the U.S., the entire eligible adult population never actually votes. This is yet another feature of localism—the fact that many people will pay little attention to electoral politics and don’t feel that politics in general impact their lives. Thus, in the United States, it is rare that the percentage of eligible voters who actually turn out for presidential elections exceeds 60%. Using this percentage, the actual voting population for president is around 125,476,000. If we assume that 35% of this number has consistently supported Trump, we get about 43,916,000.

Living amidst nearly 44 million Americans who often cannot tell the difference between reality and fantasy and indeed take comfort in the latter, can raise a rational person’s level of anxiety. For many of these ‘unlogical” folks it is all too easy to slip into what Atler rightly describes as an “Orwellian state of mind.” Unfortunately, “unlogic” is not unique to the United States. It is probably true that one-third of any given population is susceptible to the overtures of manipulative “strong men.”

So, whether it is a seemingly abstract pandemic disease, or Donald Trump’s magical thinking, ignorance makes a difference. And natural localism, which throughout history has been the demographic condition of most human beings, plays a foundational role in that state of mind by limiting awareness. For 44 million Americans that seems to be all it takes to be plagued twice over: once with uncertainty about Covid-19, and again with a “plague of misinformation” about much of reality itself.

[1] Creative Commons — Attribution 2.0 Generic — CC BY 2.0 ➤ https://creativecommons.org/licenses/by/2.0/[2] Foreign Policy, Inc. - The University Press of Kentucky ➤ https://www.kentuckypress.com/9780813125244/foreign-policy-inc/[3] Don’t know any COVID-19 patients who’ve died or been in the hospital? That may explain a lot. ➤ https://www.inquirer.com/health/coronavirus/covid19-know-someone-died-empathy-risk-perception-trump-20201012.html[4] US Swing States Revealed a Nation Plagued by Misinformation | Time ➤ https://time.com/5897887/swing-states-2020-election/[5] Regression as a National Theme – tothepointanalyses.com ➤ https://tothepointanalyses.com/regression-as-a-national-theme/