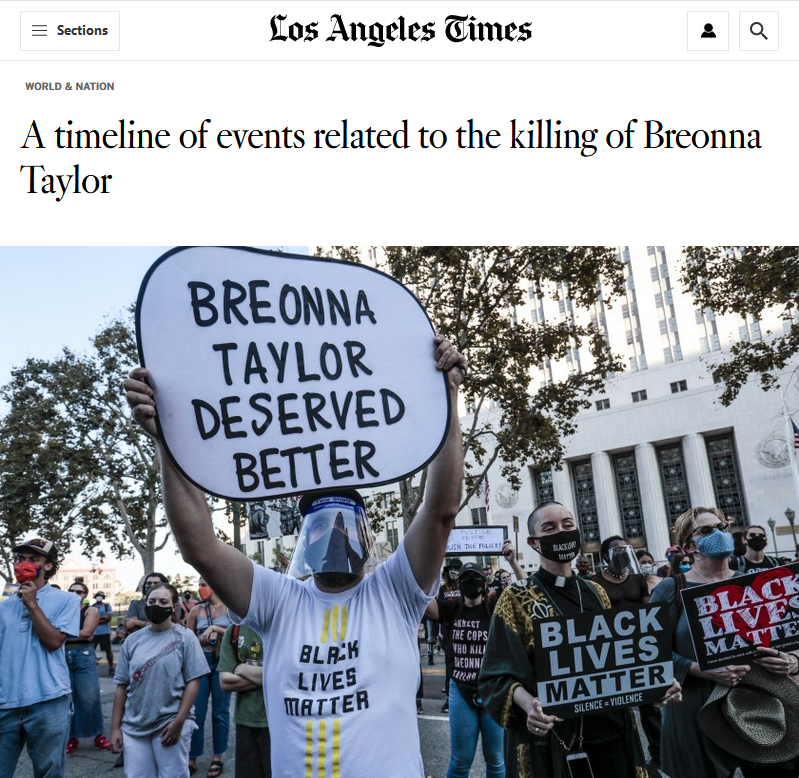 Janine Jackson interviewed Drug Policy Alliance’s Matt Sutton about victims of the drug war for the October 23, 2020, episode of CounterSpin.This is a lightly edited transcript.

Janine Jackson: Many things contributed to the murder of Breonna Taylor by Louisville, Kentucky, police. Newspaper articles want to walk us through what happened that night, as though the meaning of the event were contained in those frenzied few minutes on March 13. But of course the conditions for that nightmare were established long before.

No analysis can make sense of Taylor’s killing, but there is a context that can help us see how we got here, and that’s the war on drugs—the cover that has been used to drive incarceration, shift resources and generally wreak terrific harms in overwhelmingly communities of color.

Here to help us see the connections is Matt Sutton, director of media relations at Drug Policy Alliance. He joins us now by phone from here in town. Welcome to CounterSpin, Matt Sutton.

Matt Sutton: Thank you for having me.

JJ: Well, I’ll cut to the chase. I was struck by a statement from Drug Policy Alliance’s executive director, Kassandra Frederique, that said, “Had it not been for the drug war, Breonna Taylor would be alive today.” Could you just talk about that a bit? What is she telling us there? 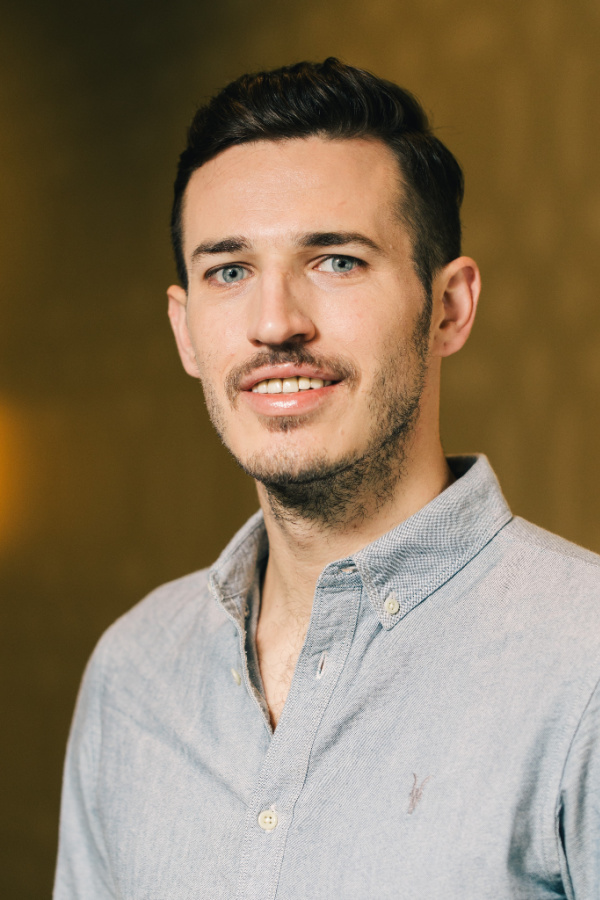 Matt Sutton: “The Nixon administration went about policing drugs…as if it were a real war. The same way that we would fight foreign adversaries, we were fighting our own citizens.” (photo: Averie Cole)

MS: Obviously, Breonna Taylor’s death is something that could have and should have been avoided, as you already mentioned. The conditions that have been created by the drug war have led to this state of militarized policing in the United States. We have a long history of this, going back to when Nixon first declared the war on drugs. That was also around the same time that SWAT was created. Those two things essentially converged, and the way that the Nixon administration went about policing drugs–it was really escalated under the Reagan administration—was to actually fight it almost as if it were a real war. The same way that we would fight foreign adversaries, we were fighting our own citizens.

There were a number of different policies that have been created that have created these conditions. Some of them are like the Byrne Justice Grant Program, that actually provides funding to local police departments connected to the amount of drug arrests that they do. There’s also civil asset forfeiture laws—during drug arrests, they’re able to actually seize property, which creates funding for law enforcement. And then there’s also the 1033 Program, which is actually the transfer of military equipment from the Pentagon to local police departments. So you have this situation here that’s created where we’re actually setting up our local police departments very much like the military.

And the drug war is really also what started the no-knock warrant, which was used in the case of Breonna Taylor. This isn’t an isolated incident. Police have, based on really false information—as it appears to be with the Breonna Taylor case, where they used the false information to obtain these no-knock warrants—they burst into somebody’s home or into their bedroom in the middle of the night, and opened fire. These officers were in plain clothes; they didn’t announce themselves, they just burst in. What are you supposed to do?

JJ: We’re accustomed to think of the drug war as racialized, as racist, but it’s also gendered. I learned from the Alliance that more than 61% of women in federal prison are there for nonviolent drug offenses. That’s dramatic, but we really don’t often hear about that.

MS: It definitely is concerning. Across gender lines, there is a disproportionate amount of people that are in jails and prisons on drug charges. It’s definitely more acute for women.

JJ: And with, unsurprisingly I guess, Black women almost twice as likely to be incarcerated than white women, and Native American women being incarcerated at six times the rate of white women. It’s not that it can’t be racist and sexist at the same time. 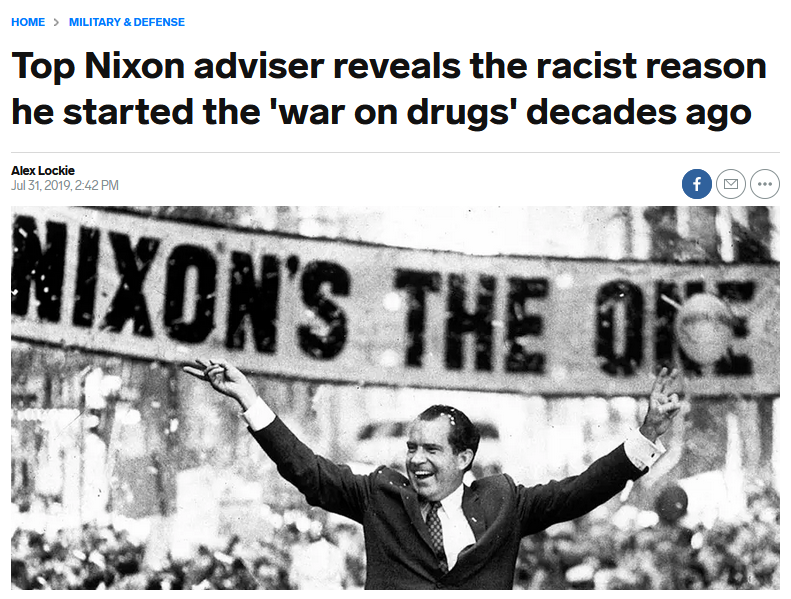 MS: I know, and that’s what we’ve seen with the drug war, and, again, that was also created with the inception of the war on drugs, something that we definitely learned more about in recent times. I think there were suspicions of it all along, that the war on drugs was created to really target these communities—Black, brown, Indigenous communities—but it’s only recently that people from the Nixon administration, on record, have admitted to it, that it wasn’t about the drugs at all. It was about criminalizing these communities of color.

And even before the modern drug war, when you look back in the 1800s, those were some of the first drug laws that were created, were to criminalize Chinese people for their opium use, criminalize Mexicans for their use of marijuana, despite the fact that white people were already using marijuana but just referring to it as cannabis. So we have a long history of criminalizing communities of color through drugs.

What we’ve seen is that, again, drug use is used as justification to harass, assault and—in cases like Breonna Taylor—to actually kill them. And then, after the fact, they try to use drug use or drug involvement as the justification as well. So like with George Floyd, they want to point to the fact that he had fentanyl in his system, and they’re saying, “Oh, in any other case, this would have been determined an overdose.” But that’s not the case. We have a video where we see somebody having their knee on his neck for over eight minutes while they literally take the life out of him.

JJ: “Drug dealer,” or “drug user,” for many years, it’s been like a thought stopper. Once you define someone, or even whole communities, that way, it becomes acceptable to treat them a certain way. Their lives are no longer seen as valuable.

Media play a role too, don’t they, in hyping certain issues and encouraging some responses over others? Is there anything that you would like to see reporters do more of or less of in covering stories related to the drug war? 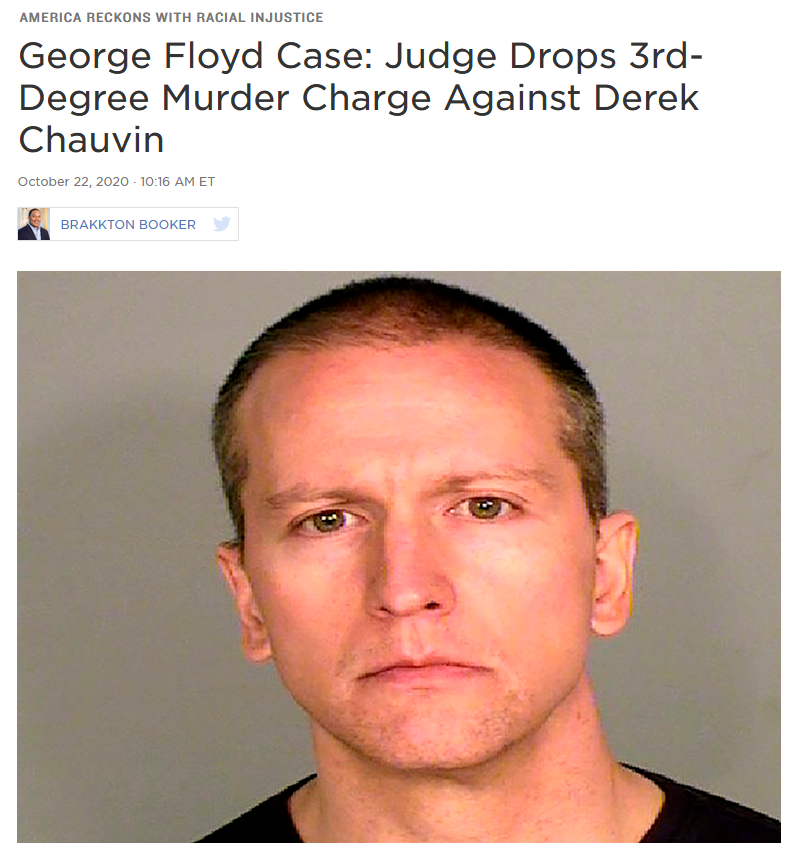 MS: Absolutely. This is something that, in my job, I’m constantly fighting the language that’s used in reporting. It can be incredibly stigmatizing, by reporting on people as “addicts.” Sometimes it’s appalling. Sometimes they’re using terms like “junkies.” Even the images that they’re using in stories: They’re never showing images of people, they’re showing images of dirty syringes on the ground. It really doesn’t help anything, it really makes the case harder, and it perpetuates that whole image of dirty drug users, people that are associated with crime, that’s just really not the case.

We can’t just look at these as isolated incidents; we need to look at actually holding these institutional forces responsible. We need to take a hard look at the activities of agencies like the DEA. Is it necessary to give military equipment to local police departments to police citizens? That’s really the kind of thing that we really need to take a hard look at in our reporting. Let’s not let it stop at these isolated incidents.

And the specific trial today: I know that, even today, I’m seeing a lot of coverage over that, because, you probably saw, Derek Chauvin—the officer that had his knee on George Floyd’s neck—they dropped the third degree murder charge. They still let the second degree murder charge and the second degree manslaughter charge stand, but they dropped one of them, so, of course, that’s what all the coverage is on.

So I think, yes, it’s important to cover these things, but we shouldn’t limit it to just these specific police officers, or what happened in this case, but look at this as the systemic crisis that’s been happening for far too long. How do we change that story?

JJ: All right then. We’ve been speaking with Matt Sutton, director of media relations at Drug Policy Alliance. You can find their work online at DrugPolicy.org. Matt Sutton, thank you so much for joining us this week on CounterSpin.

MS: Thank you so much for having me.