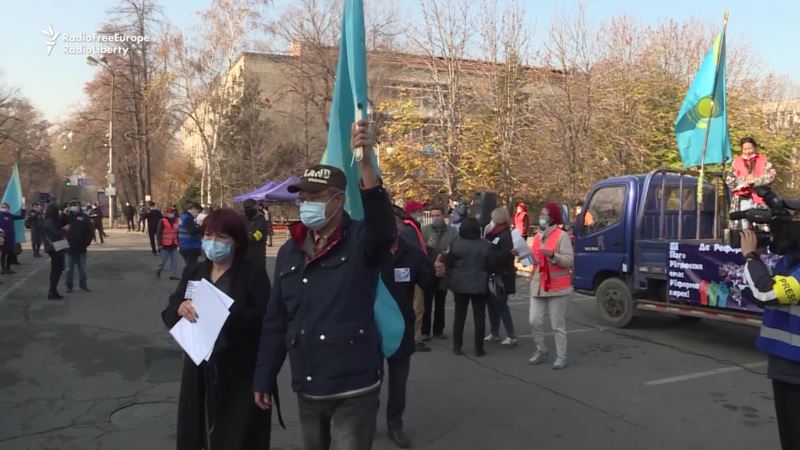 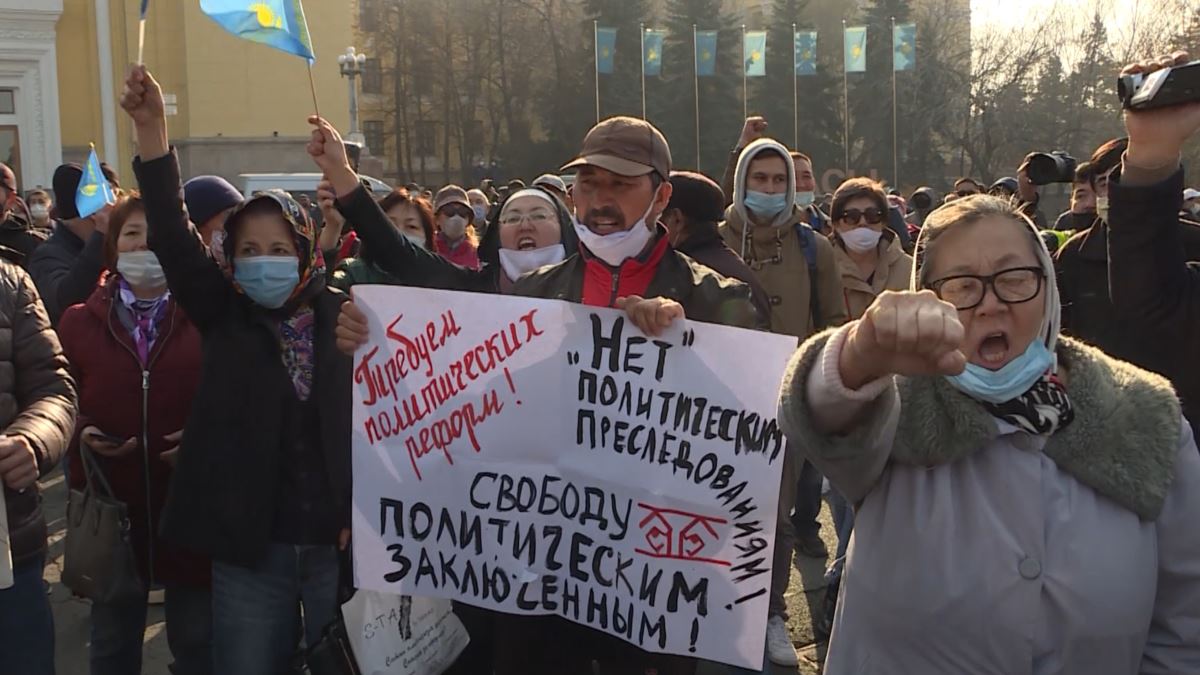 Around 300 people took part in a sanctioned rally on October 31 in Almaty, Kazakhstan’s second-largest city. The protest was held to demand political reforms and an end to politically motivated persecutions. Demonstrators read out the names of 200 people, who they say are political prisoners, and also called for freedom of speech. Prominent human right activists Bakhytzhan Toreghozhina and Ghalym Ageleuov said that permission to hold the protest was obtained after two previous attempts to do so were unsuccessful. No reason was given for why authorities eventually decided to allow the rally. Requests to hold similar events in other cities to coincide with the Almaty demonstration were declined.