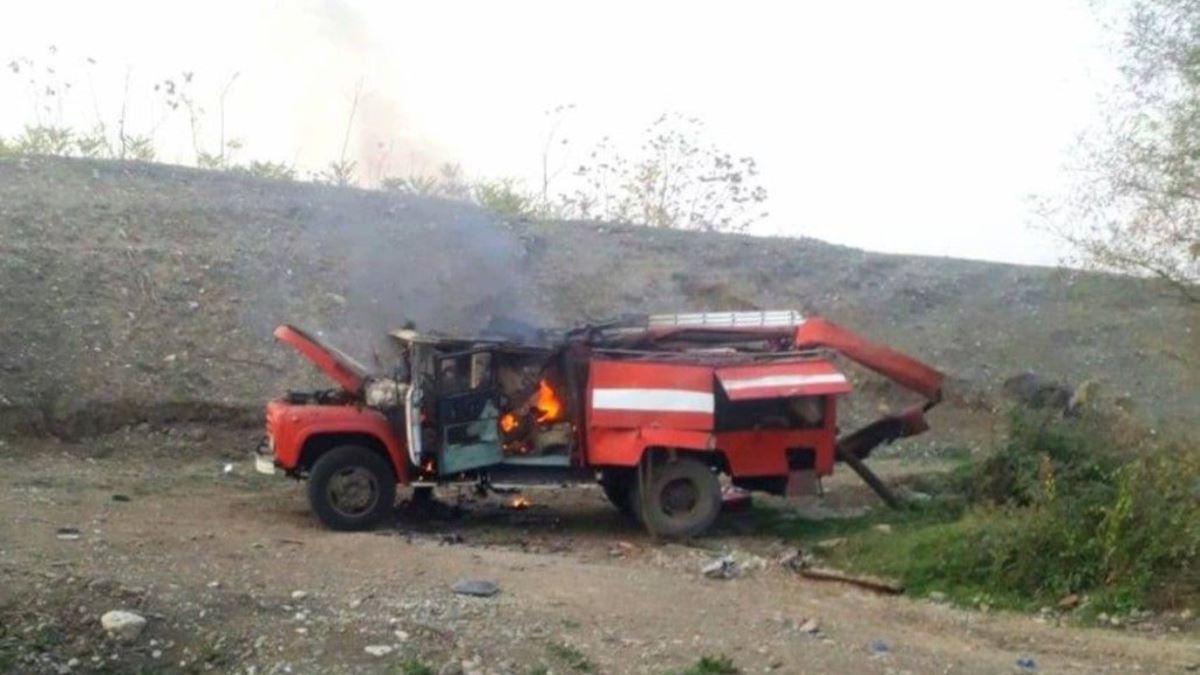 Azerbaijani President Ilham Aliyev issued more dire warnings over the ongoing fighting over Nagorno-Karabakh on November 1 as he and other senior officials met with a senior visiting delegation from staunch ally Turkey.

The tough talk out of Baku also came as Azerbaijan and Armenia each accused the other of launching new attacks as the worst flare-up between the sides entered its sixth week.

The ethnic Armenian side has reported more than 1,200 troop and civilian deaths since the escalation began on September 27 in and around the territory of Nagorno-Karabakh, which is a breakaway region of Azerbaijan inhabited mostly by ethnic Armenians and supported by Yerevan.

The Azerbaijani side does not report military casualties, but has said 91 civilians have been killed and around 400 more injured.

But international groups have warned of the suspected use of banned cluster munitions — whose toll on civilian populations is especially heavy — in the fighting.

The ethnic Armenian leadership of Nagorno-Karabakh on November 1 accused Azerbaijani forces of targeting the town of Martuni and other areas with missile strikes overnight.

The Azerbaijani Defense Ministry said Armenian forces were shelling its positions on the two countries’ internationally recognized border as well as civilian settlements in Tartar and Aghjabedi.

Many of the claims and counterclaims around the fighting are difficult to confirm.

Aliyev on November 1 repeated Baku’s demand that Armenia withdraw from Nagorno-Karabakh and surrounding areas and warned Azerbaijani troops would “go to the end” if negotiations cannot achieve that goal.

He was speaking during a meeting with the delegation led by Turkish Foreign Minister Mevlut Cavusoglu in Baku.

Aliyev, whose country also has extensive ties to Russia but has appeared to lean heavily on Turkish and Israeli military equipment recently, said Yerevan had “no basis” for a request for assistance from Moscow.

Armenia has a security guarantee from Russia via the Collective Security Treaty Organization (CSTO), and Armenian Prime Minister Nikol Pashinian has repeatedly requested support from Moscow since the current flare-up started.

Russia’s Foreign Ministry said on October 31 that it would provide “all assistance required” if the conflict spilled onto “the territory of Armenia” — land that is outside the current conflict zone.

The United States, France, and Russia — cochairs of the Minsk Group of the Organization for Security and Cooperation in Europe (OSCE) — have failed to find a route to a cease-fire or a longer-term resolution of the dispute.

U.S. Secretary of State Mike Pompeo on October 27 spoke separately by phone with Pashinian and Aliyev, urging both sides to pursue a diplomatic solution but a U.S.-mediated cease-fire has given way just like several Russian-mediated efforts before it.

Ethnic tensions in the region between Christian Armenians and their mainly Muslim neighbors have flared in Nagorno-Karabakh for decades, although the current fighting is the worst since the post-Soviet sides reached a cease-fire in 1994.