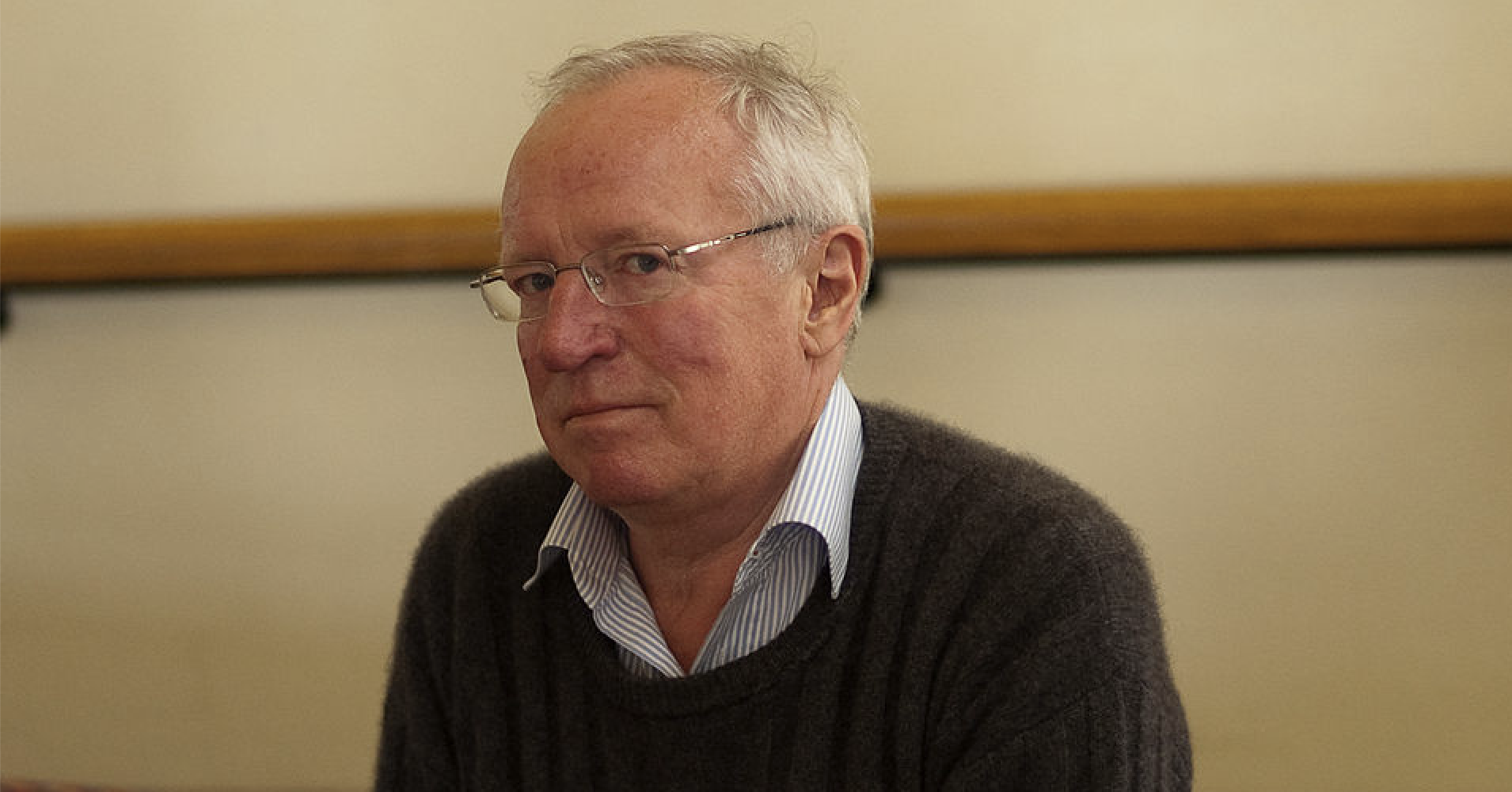 Robert Fisk, longtime Middle East reporter for The Independent whose work—often reported from deep inside dangerous war zones and fiercely critical of both U.S. and British foreign policy—earned him a worldwide reputation for courageous reporting, died Friday in Dublin of a suspected stroke at age 74.

The Independent remembered Fisk, whose articles often appeared here on Common Dreams, as “the most celebrated journalist of his era” and someone who was “renowned for his courage in questioning official narratives from governments and publishing what he uncovered in frequently brilliant prose.” Christian Broughton, the paper’s managing editor, lauded Fisk as “fearless, uncompromising, determined, and utterly committed to uncovering the truth and reality at all costs.”

“Robert Fisk was the greatest journalist of his generation,” Broughton said. “The fire he lit at The Independent will burn on.”

Accolades poured in from around the world from around the world as journalists, human rights defenders, and politicians learned of Fisk’s death. Irish Prime Minister Michaél Martin praised him as “fearless and independent in his reporting,” adding that “he helped many people understand” the complexities of Middle Eastern politics.

Saddened tonight to hear of the death of journalist Robert Fisk. He was fearless & independent in his reporting, with a deeply researched understanding of the complexities of Middle Eastern history and politics. He helped many people understand those complexities better. RIP.

Robert Fisk has died. I pay warmest tribute to one of the last great reporters. The weasel word ‘controversial’ appears in even his own paper, The Independent, whose pages he honoured. He went against the grain and told the truth, spectacularly. Journalism has lost the bravest.

So sad to hear of the death of Robert Fisk.

A huge loss of brilliant man with unparalleled knowledge of history, politics and people of Middle East.

Fisk—who held both British and Irish citizenship—had already established a more than 15-year reputation by the time he joined The Independent in 1989. He is most known in the U.S. for having interviewed al-Qaeda chief Osama bin Laden three times. Both a self-described pacifist and one of the most prolific war reporters of modern times, Fisk covered conflicts on three continents over an illustrious and award-winning career spanning five decades. He reported from the front lines of The Troubles in Northern Ireland; the Iran-Iraq War; the Soviet invasion of Afghanistan; the Islamic Revolution in Iran; the wars in the former Yugoslavia; the Iraqi invasion of Kuwait; both U.S.-led invasions of Iraq; the U.S.-led war in Afghanistan; the civil wars in Lebanon, Algeria and Syria; and the Israel-Palestine conflict.

Sad to hear about the death of Robert Fisk. His book on Lebanon was an intimate insight into the civil war he lived through.

I visited Fisk in Beirut and was in complete awe of him and what he had witnessed. Fisk had profound influence as a journalist. RIP pic.twitter.com/gfmXGipufm

With Robert Fisk’s passing we have lost a journalistic eye without which we shall be partially blind, a pen without which our capacity to express the truth is diminished, a soul without which our own empathy for victims of imperialism will be lacking https://t.co/3IXXyVmSSY

It was dangerous work that often placed Fisk in harm’s way, such as when he was attacked by a group of Afghan refugees fleeing heavy aerial bombardment by U.S. war planes in December 2001.

Always mindful of the bigger picture and ever cognizant of the root causes of conflicts, Fisk did not blame his attackers, rather he understood that their “brutality was entirely the product of others, of us—of we who had armed their struggle against the Russians and ignored their pain and laughed at their civil war and then armed and paid them again… and then bombed their homes and ripped up their families and called them ‘collateral damage.'”

Robert Fisk was a giant in journalism. Whilst others were spoon-fed lies, he challenged the narrative of the powerful. Fearless & unflinching, he was ‘controversial’ for all the right reasons. His death leaves a huge void in foreign reportage. pic.twitter.com/T3xHsstvbi

In 2003 when the U.S. led its second invasion of Iraq in as many decades, Fisk was there again, often at the front lines of the fighting, and eschewing the “hotel journalism” he accused other correspondents of practicing. Fisk was ever the merciless critic of Western imperialism and interventionism, firmly believing that the job of a good journalist is to “challenge authority, all authority, especially so when governments and politicians take us to war.”

Appearing on Democracy Now! in 2008, seven years into the so-called War on Terror, he told host Amy Goodman that:

We start talking, using phrases like ‘victory.’ We should be talking about phrases like ‘justice for the people of the Middle East.’ If you have justice, you can build democracy on it, and then we can withdraw all these soldiers. We’re always… promising people in the Middle East democracy and packages of human rights off our supermarket shelves, and we’re always arriving with… our Humvees and… our Apache helicopters and our M1A1 tanks. The only future in the Middle East is to withdraw all our military forces and have serious political, social, religious, cultural relations with these people. It’s not our land.

Fisk was a vocal opponent of Israeli policies and actions in Palestine, Lebanon, and elsewhere. He also wrote and spoke extensively about the 1914-1923 Armenian genocide.

Fluent in Arabic, Fisk first interviewed bin Laden in 1993, becoming the first Western journalist to do so. The Saudi jihadist denied that the U.S.-backed mujahideen warriors he led in Afghanistan were preparing to wage war throughout the Middle East and North Africa, being only partially honest when he asserted that “I am a construction engineer and an agriculturalist; If I had training camps here in Sudan, I couldn’t possibly do this job.”

Three years later, Fisk interviewed bin Laden again after he was expelled from Sudan and based back in Afghanistan again. By this time he was a declared—if little-known—enemy of the United States. The interview took place just 10 days after al-Qaeda’s bombing of the Khobar Towers in Saudi Arabia, which killed 19 U.S. troops.

“This doesn’t mean declaring war against the West and Western people, but against the American regime which is against every American,” the terrorist explained. “The explosion in al-Khobar did not come as a direct reaction to the American occupation, but as a result of American behavior against Muslims.”

Fisk’s final interview of bin Laden came in March 1997; the terror leader expressed his desire “to turn America into a shadow of itself.”

Over the course of his career, Fisk won numerous journalism awards, including the prestigious British Press Awards’ International Journalist of the Year—seven times. He was also twice awarded BPA’s Reporter of the Year, as well as an Amnesty International U.K. Media Award, and the Orwell Prize. He is the subject of the 2019 Yung Chang documentary This Is Not a Movie.