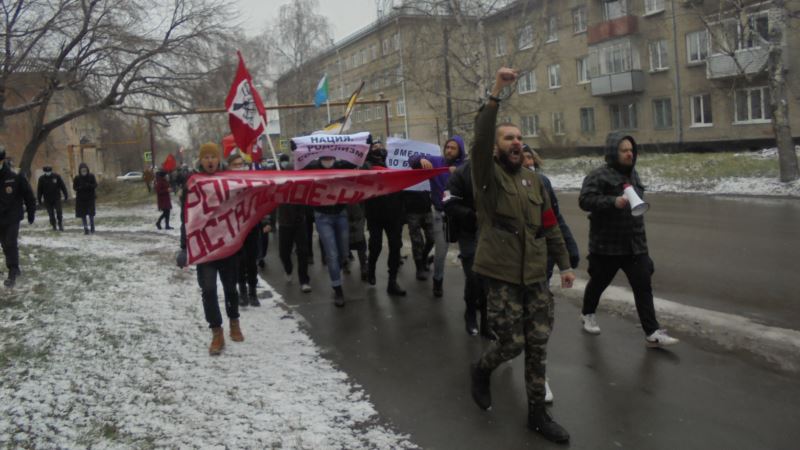 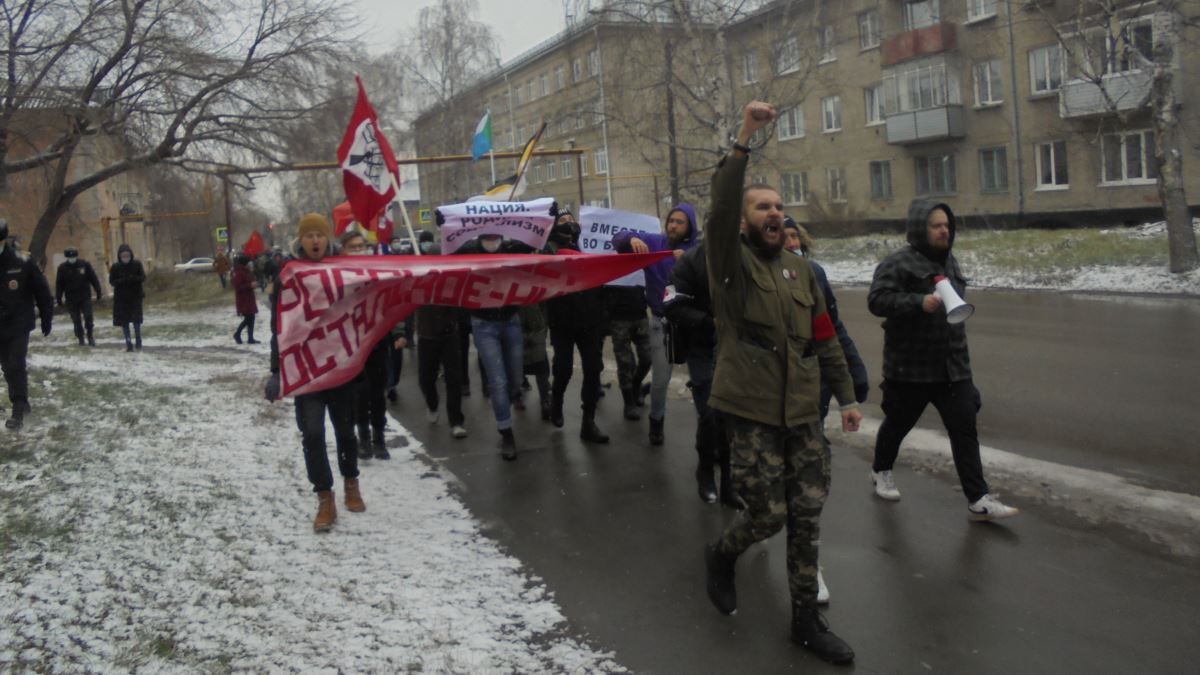 BARNAUL, Russia — Supporters of Russian nationalist groups have gathered in a Siberian city to protest against President Vladimir Putin as the country marked the annual National Unity Day holiday.

Some 100 activists held the so-called Russian March in the city of Barnaul on November 4, holding posters reading slogans such as “Russia is everything, anything else is nothing” and “Without Siberia, Russia is a dead land.”

Some of the protesters criticized Putin for being “authoritarian” and expressed support for ongoing protests in the Far Eastern city of Khabarovsk against the Kremlin’s move to arrest the region’s governor.

National Unity Day was established in 2005 by Putin as a replacement for Soviet-era commemorations of the 1917 Bolshevik Revolution.

For years, Russian officials have tried to promote the holiday, which formally marks a battlefield victory over Polish forces in 1612, as a way to bolster patriotism.

Right-wing, nationalist, and monarchist groups have used the day to stage xenophobic and anti-immigrant marches in Russian cities, and past holidays have seen scuffles between protesters and riot police.

Past demonstrations have also failed to garner much turnout.

This year, authorities in Moscow and most other Russian cities did not permit rallies to be held, citing coronavirus precautions.

Moscow police detained at least 30 nationalist activists who attempted to hold a Russian March despite the ban.

The leader of the Russian Orthodox Church, Patriarch Kirill, marked National Unity Day by laying flowers at a monument on Moscow’s Red Square that commemorates Kuzma Minin and Dmitry Pozharsky, the leaders of Russian resistance against Polish invaders in the 17th century.